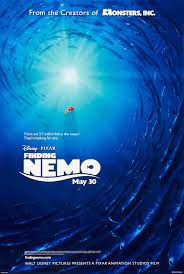 In 1994, a lunch conversation between John Lasseter, Andrew Stanton, Joe Ranft, and Peter Docter spawned the ideas for four future Pixar films. One of these ideas was Finding Nemo, a movie that was eventually released in 2003 to great critical acclaim. At the box office, it remained the highest grossing Pixar film until 2010, only being overtaken by the highly anticipated Toy Story 3.

The story follows Marlin, the paranoid clownfish who loses his only remaining son to a human scuba diver. Now alone, he must fight through all the perils of the ocean to reunite with his lost boy. Teamed up with the ever-forgetful Dory, he swims through a movie that’s almost as heartwarming as it is hilarious.

Violence/Scary Images: A barracuda attacks Marlin, his wife, and unborn children during the movie’s opening scene, though none of the carnage is shown other than Marlin being smacked into a wall and knocked out. One of the characters gets a bloody nose, releasing blood into the water, and a shark smells the blood and attempts to attack and eat the fish. Marlin and Dory are stung almost to death by jellyfish. A character is nearly shredded in the filter of a fish tank.

Language/Crude Humor: The turtles use the term “freakin'” a couple of times. A couple of young characters refer to a boat as a “butt.”

Other Negative Content: Nemo directly defies his father, though he is shown to face serious consequences for this.

Positive Content: Themes of family, courage, and accepting others are ingrained throughout. 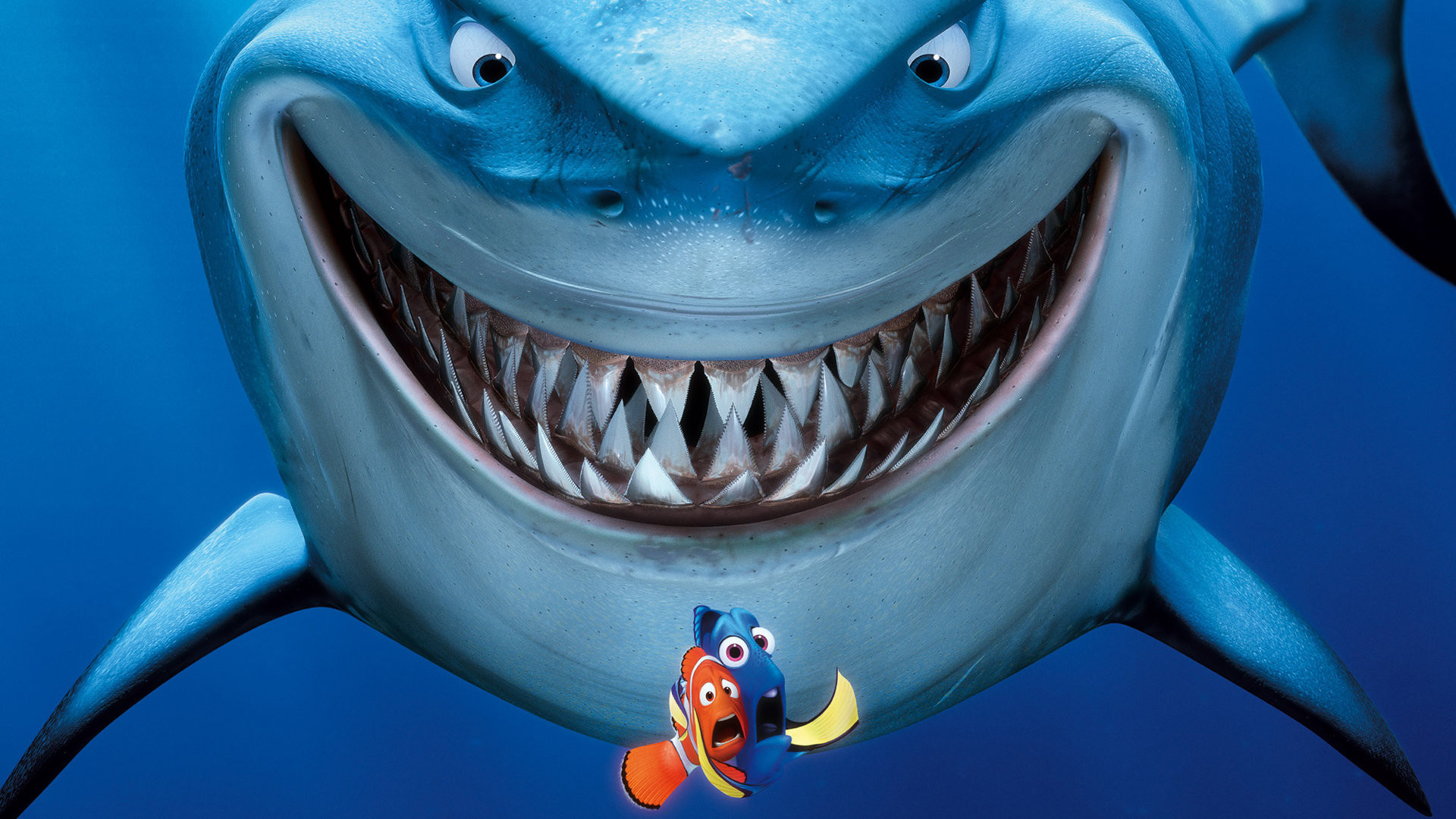 We all know that it’s in Pixar’s nature to delve into weighty themes and subject matter to power their movies, but Finding Nemo is one of those films that still manages to stick out for opening with a hefty emotional slap. Before the heart-wrenching montage from Up, we had to get our emotional trauma from witnessing the bitter tragedy of Marlin the Clownfish and his wife, Coral. In about two and a half minutes–just enough time for Pixar to get us attached to the characters–a hungry barracuda happens upon their home. Coral’s suicidal attempt to protect their children fails, Marlin is knocked out cold, and his wife and nearly all his children are slaughtered.

For those of you who like their family movies to be a bit more horrific, the creators initially planned to also show a shot of the barracuda with Coral in its mouth. They backed out of this idea, likely for the better since the idea of suddenly losing everyone you love is enough for young viewers to chew on without adding in straight-up nightmare fuel.

One thing that the studio did go all-in on, though, was getting the underwater feel of the animation just right. From scuba diving trips to aquarium visits to lectures, staff members were immersed in the details of undersea life and its associated visuals. The result is a vibrant and stunning world that feels as though everything in it is alive. In fact, early on, some parts of the animation looked so real that they had to be stylized to look more cartoonish so that audiences wouldn’t be tricked into thinking it was real underwater footage.

The most poignant part of the animation though, in my opinion, is the water itself. For most of the movie, the characters have some sort of shelter or surroundings such as coral reefs, caves, or rock walls. But there are a few times where these surroundings vanish, leaving our protagonists to swim through nothing but open sea, and it’s here where we’re really brought to understand Marlin’s fear of the ocean. The water has a light murkiness which, combined with the sheer emptiness during these minimalist scenes, creates an ominous sense of the vastness and uncertainty of the world through which we’re traveling. The tension offered by this is even more tangible and effective than that of any of the movie’s action sequences, and it’s a testament to the incredible attention to detail in even the barest of environments.

And then, on a more lighthearted note, we have Dory. Ellen Degeneres does a fantastic job as her voice with impeccable timing and delivery on many of the comedic lines, and Dory becomes the soul of the movie’s humor without turning into a one-dimensional gag herself. It takes tight writing to give a character a trait that’s frequently played for laughs–in this case, Dory’s short-term memory loss–while also being a deep and endearing part of that character’s personal arc. It’s pulled off beautifully here. By the end of the film, despite having laughed many times at Dory’s forgetful antics, we get to see how much the condition affects her on a personal level and how desperately she wishes to not be defined by it.

I’ve loved this movie ever since I first found the DVD in my Christmas stocking seventeen years ago, and it still stands up as one of the wittiest and most gorgeous animated movies of the millennium. Even after almost two decades, it’s easy to continue finding new things to appreciate about Marlin’s and Nemo’s grand adventure. If you somehow haven’t seen it, watch this movie. If you have, watch it again. You won’t regret it.

- Many scenes that could frighten younger children

A well-written story of courage that takes place in a vibrant and imaginative world, accompanied with a bevy of well-timed and well-delivered comedy. What's not to love?