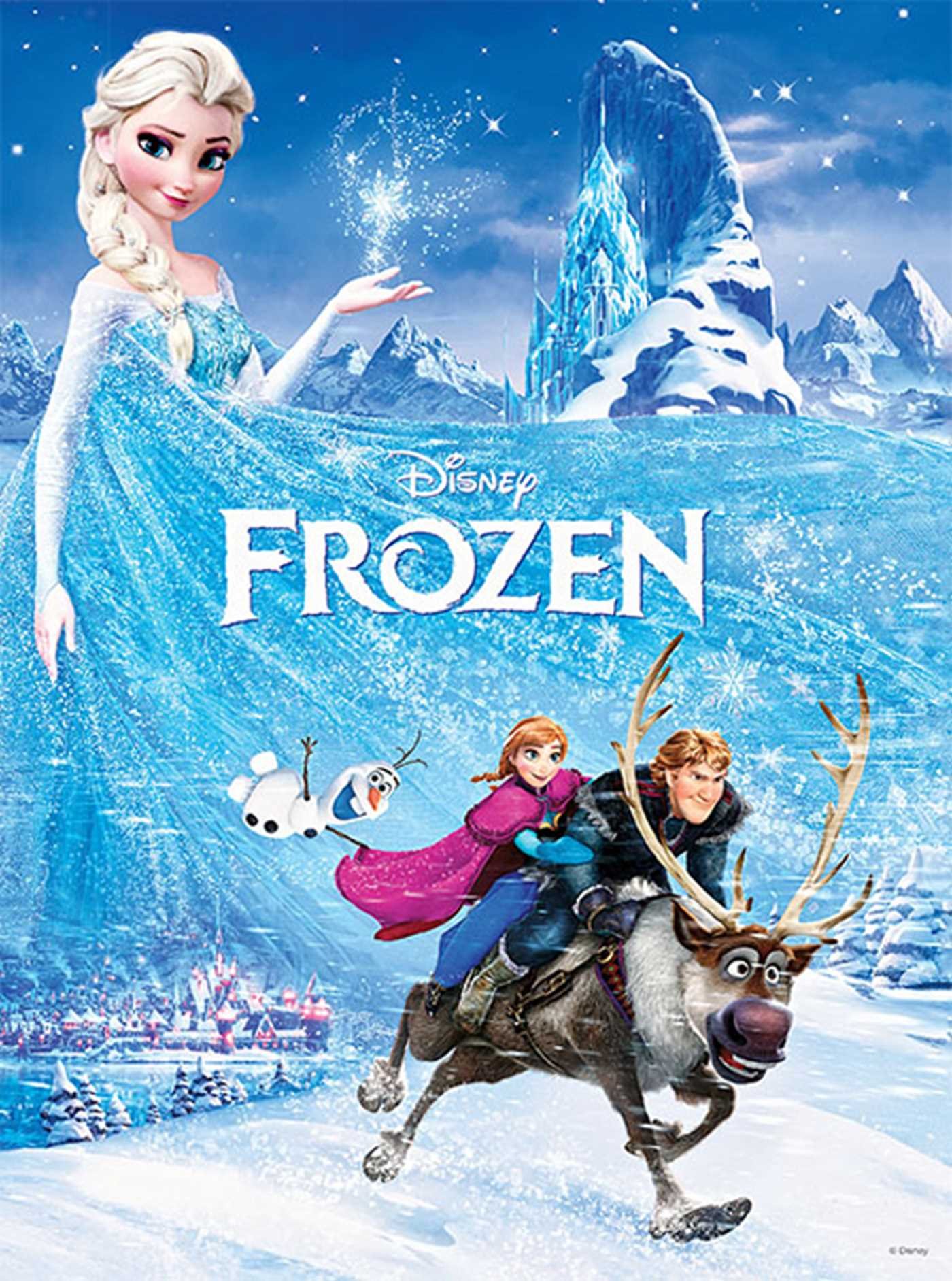 When Queen Elsa runs away after her magic snow powers run wildly out of control, her sister Anna sets out with a band of new friends to find Elsa and free their kingdom from an eternal winter.

Violence/Scary Imagery: Elsa creates a snow monster that attacks the heroes. A character chases the heroes with swords in an attempt to kill them. A character magically freezes over completely, turning into ice.

Spiritual Content: There’s some magic, though it isn’t implied to be occultist in any way.

Sexual Content: An almost-kiss and a kiss. There are a couple of jokes that include thinly-veiled adult humor, though children almost certainly won’t notice them.

Other Negative Content: Part of the movie seems to glorify running from problems or breaking rules.

Positive Content: Love for others and self sacrifice are a major theme, while romance is not nearly as heavily emphasized as in other Disney animations.

Disney’s 2013 film Frozen was enough of a cultural juggernaut that part of me questions the need to even introduce it. It’s the film that got the hit song “Let it Go” stuck in everyone’s head, and had fans and critics alike comparing it to every other animated Disney movie before and since. For better or worse, its polarizing popularity has kept it relevant for years afterwards, to the point that I expect just writing this retro review will evoke just as many agitated groans as fond recollections.

The story – just in case anyone had the chance to forget – goes like this: early in their childhood, Princess Elsa nearly kills her sister Anna with her ice magic. After their parents are lost at sea, Elsa, unable to control her magic, remains locked away in her room for years, hoping that this will protect Anna. Coronation day rolls around for the two of them, and Elsa’s powers run wild, locking the kingdom in an eternal winter. Elsa flees, prompting Anna to go after her in an attempt to save both Elsa and their kingdom.

Regardless of its quality or reception, the film claimed an instant spot in cinematic history by being the first Disney Princess movie to eschew the standard Disney Princess formula of the heroine relying on the hero for her rescue. It does this rather aggressively, with a refreshing climax that runs firmly against the grain of the tradition of Princesses past. While there are some who decry the films and its ending as “agenda-driven fiction,” I genuinely think it uses the all-too-common “love will save you” concept in a constructive, entertaining, and satisfying way. The way the filmmakers do this isn’t new, of course, and I’m hesitant to praise Disney too much for changing a formula that was already stale before the turn of the millennium, but I have no grudge with the conclusion. I enjoyed it.

Unfortunately, while the ending is well done, its competence is blemished by some clumsy setup – and it’s here where those who view the film as “pushing an agenda” likely find their grievances. Most egregious is an unnecessary twist that comes entirely out of the blue, more than halfway into the movie, for no other purpose than to subvert expectations and establish a bland villain. While the moment is meant to play into the movie’s rejection of the “male savior” trope that plagues other Disney Princesses, its poor execution and lack of prior development make it come off as a betrayal of audience expectations instead of a subversion.

In writing, there’s a saying that “The author should be invisible,” and the creators of Frozen fail at times to abide by this. While not nearly as large an offense as the aforementioned twist, there is a point where the heroes are given very specifically worded advice on how to fix a life-threatening problem, which in turn is only needed because something very specific happened to Anna. While these are minor nitpicks on their own, together they make the overall story feel like a set of dominoes that have been stacked deliberately to create a certain final image, rather than a plot that builds on itself naturally. It becomes very apparent that there is something the movie is trying to say, to the point that it takes priority over any other aspect of the film; ultimately, this makes that message feel weaker and less organic when it does come about.

Despite the larger flaws, there is still plenty of positive content to make the movie enjoyable. While it’s no gut-buster, the humor here holds up well enough.  The banter between characters is fun to follow and worthy of a few snickers along the way. The film’s comedic heart, however, is embodied by the ever-lovable Olaf, whose naïve optimism never fails to keep the tone fresh and lighthearted. As a snowman pining for the warmth of summer, he remains delightfully unpredictable, and Josh Gad’s delivery milks every line for all it’s worth. 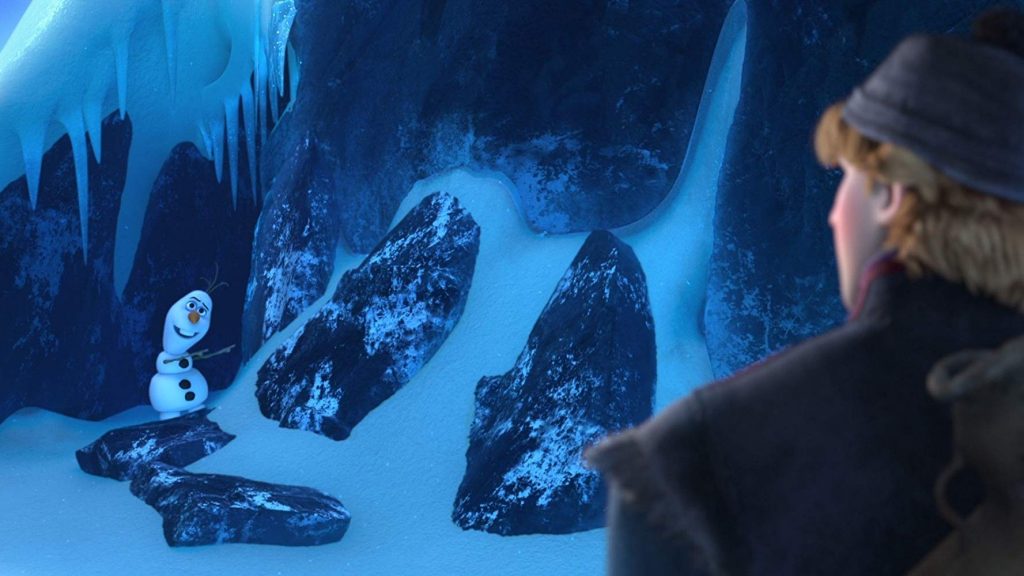 Many of the scenes are visually striking. The constant winter motif presents a challenge as it gives many of the settings a similar appearance, but the animators do a strong job of giving each area its own look and feel. Most noteworthy is Elsa’s ice palace – a setting so gorgeous and unique that I wish more of the movie had taken place there.

Frozen is not and will not be remembered for having a particularly outstanding story. Most of it is comprised of ideas we’ve seen before, even from Disney themselves, and several major plot points are more concerned with making sure we get to a specific ending than they are with crafting a compelling narrative. But despite the major problems, it still manages to be a fun movie in its own right, with endearing characters and moments of genuinely funny humor. While it’s only lasting claims to fame are its franchise-altering resolution and a certain hit song (whose name I’ll spare you the torture of reading for a second time), Frozen doesn’t need to be an instant classic masterpiece in order to be good. And it’s just that: good. Not jaw-droppingly fantastic.

While it will likely remain remembered for reasons other than its quality, Frozen is an entertaining and funny adventure with plenty of charm, despite some flaws.