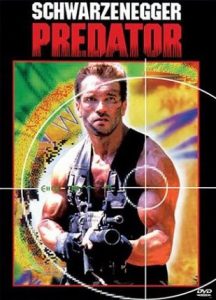 This September brings us the long awaited release of the fourth film in the Predator franchise. The Predator, directed by actor and screenwriter Shane Black, brings the franchise full circle following his famous performance as Hawkins in the original 1987 film. As we look forward excitedly to the film’s release, now is an excellent time to look back on the original critically acclaimed film to get a sense of how the Predator became one of the most beloved movie monsters in contemporary cinema. 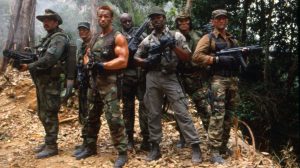 There was once a time when John McTiernan stood above and beyond as the greatest action director in Hollywood. His prolific career broke out with the critically acclaimed Die Hard and proceeded forward with many of the best action films and thrillers to come out of the next decade of cinema including Die Hard with a Vengence, The Hunt for Red October, The Last Action Hero, and The Thomas Crown Affair. While he would go on to be remembered for his incredible and influential action direction that has inspired generations of filmmakers, it can’t be overlooked just how prolific his initial foray into Hollywood would be. His first attempt in Hollywood was the largely forgotten and panned 1986 horror film Nomads. Despite being critically and financially panned, its release did impress one very notable star: Arnold Schwarzenegger. He appreciated the film’s tense atmosphere and ability to shoot on a low budget. Schwarzenegger approached the nascent director and hired him to take on his next big budget action flick: Predator.

Predator would become John McTeirnan’s first masterpiece and one of the most identifiable, over-the-top 1980’s action flicks in a decade that brought us almost nothing but action. The film carries with it the same sense of machismo and bravado that defines so much of that decade of cinema with a veneer of self awareness and slick film making. Much like the best blockbusters of its time like Jaws, Jurassic Park, and Aliens, it infuses the over-the-top action and charisma of action films like Commando and Conan into a horror premise. That was one of the forgotten classic secrets that defined old school blockbusters modern film doesn’t remember.

Part of the reason old blockbusters hit so close to home is because they let the films delve into horror territory to heighten the stakes of the film. The movie amusingly starts with a half hour of some of the most insane, hilariously over the top action beats ever committed to film as our team of best-of-the-best commandos plow their way through a South American rebel camp presumed guilty of murdering a group of hostages. The display is nothing short of pornographic in it’s hilarity. Dutch (Arnold Schwarzenegger) and his team are unstoppable juggernauts that blow through the camp in an orgy of shooting and stabbing until nobody is left alive.

They take no causalities, and the only injury sustained barely registers to Blain Cooper (Jesse Ventura). That sense of invincibility and bravado is important to setting up the primary conceit of Predator. Dutch’s commandos may be the strongest and more intelligent soldiers on the planet, but they’re about to face off against a force they weren’t prepared for as an invisible creature begins stalking the party. From here on out, the film becomes a defacto slasher film as the powerful and unknown creature begins slowly tearing its way through the once invincible team one by one.

The enigmatic and titular predator is something to behold. The creature design went through multiple stages of development including a much sillier rendition famously filmed with Jean Claude-Van Damme. The final design is a masterpiece of creature design brought to life by special effects legend Stan Winston. Its true mark of genius, however, comes from John McTiernan himself whose masterful direction helped to establish the creature’s motivation and ethics entirely through its actions without dialog or exposition.

Functionally, he’s a kind of radical version of exactly what the commandos represent. He’s a hunter living by a strict honor code looking to prove himself through the hunt. He’s a perfect foil and reflection of the commandos’ greatest weakness. His bravado is greater and talent a hundred times sharper when supplemented by alien technology. Even without it, he’s still a force to be reckoned with. Predator builds to a final confrontation that stands up as one of the best of its decade and genre as the final survivors of the conflict face off in a one-on-one duel which strips the two characters down to their barest essentials: Wits and survival skills. The fight is like watching two raw nerves dueling and resorting to their most primal instincts. For a movie that started with bombast and explosions, this ends up being one of the most visceral and exciting sections of the movie as all pretense breaks away leaving only the highly personal stakes of these two combatants.

Thus, Predator is one of the finest examples of visceral action cinema to come out of Hollywood in the past thirty years. It’s a mishmash of different genres and tones that fit together under its over-the-top tone that pulls it all together into one of the most cathartic cinematic experiences of its time. The Predator as a monster has become identifiable as one of the most beloved movie monsters of the 1980’s alongside the Xenomorph and the Thing.

Counting this year’s The Predator, the creature has starred in six major films and doesn’t look like it’ll be going away anytime soon. He’s even gotten to enjoy cameo roles in recent video games like Call of Duty Black Ops and Mortal Kombat X as playable characters. That’s impressive, as there really hasn’t been another film in the franchise that’s been able to match the quality of the first film as of yet. Arguably, the only other property that’s managed to recreate some of the magic are some of the games, and none of them has been as culturally significant as that first film. It just goes to show how much that first film has gone on to influence so much. 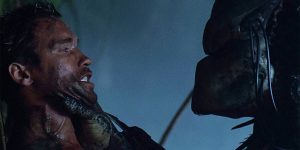 The original Predator is a classic of science fiction and action, giving us one of Arnold Schwarzenegger's greatest roles and one of cinema's coolest monsters.