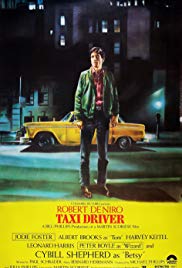 When Taxi Driver was released in February of 1976, it instantly propelled the young Movie Brat Martin Scorsese into the spotlight. This hit was the 17th highest grossing film of the year and was nominated for four academy awards. It propelled the young director into the position of being one of the most respected directors of his generation and set him on a career path that continues to this day with the upcoming release of his 2019 film The Irishman. 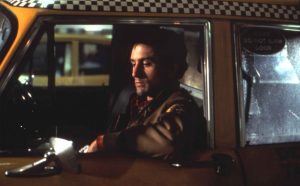 The Martin Scorsese that made Taxi Driver in 1976 is not the same Martin Scorsese now. The current Scorsese has had the benefit of a fifty year career under his belt to the point where he has the clout and talent to make any film he wants and do it well (mostly). Back in the ’70s, though, he was merely one of the Movie Brats of New Hollywood, fresh off smaller films like Boxcar Bertha and Mean Streets.

In those films you very much see the voice of the young auteur beginning to formulate itself with a combination of edgy content, rock and roll, and lapsed-catholic moralism that infuses the entirety of his filmography. None of these previous works made his career in the way that Taxi Driver did. It’s his first masterpiece, a monster of a film that captures a moody, enthralling, and politically charged look at the state of the US at the tail end of the 1970s as decades of political turbulence and chaos left the country deeply shaken. The tropes we see in every great Scorsese film start here and they start with the excellent lead performance of Robert De Niro as Travis Bickle.

Bickle, the man we meet as the titular taxi driver, is a Vietnam veteran wandering the streets of New York City. He can’t sleep at night. He despises the degeneration of the city. Above all, he’s a man defined by his inability to connect to the people around him. This is portrayed in the infamous scene where he manages to romance a woman to go on a date with him only to take her to a Porno theater and scare her away. Bickle is a man in many ways that functions as a logical extension of the insanity that surrounds him. In a deterministic sense, the chaos and decay of the decade formed Travis into that scarred and lonely man. He’s a tragic character and he’s very sympathetic. At the same time though he’s presented as a man who takes his disdain for himself and the world around him much too far. 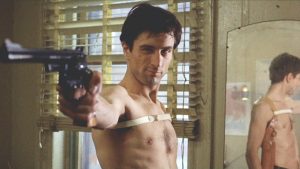 Critic Dave Kehr once called Taxi Driver “a thinking man’s Death Wish.” It’s not hard to see why. The movie is functioning very much in the same ideological realm as Charles Bronson’s Death Wish films and Clint Eastwood’s Dirty Harry films. Those movies existed to address the chaos of the zeitgeist. They presented fantasies where in the individual is capable of taking control of his life and forcefully instilling some level of cosmic justice back into the world.

In a time of political assassinations, economic duress, rising crime rates in major cities, and social libertinism, control was something much of the public craved. For this reason more thoughtfully-minded critics like Pauline Kale dismissed the genre as essentially being fascistic in nature. Scorsese seems to agree but he isn’t one to shy away from controversial material.

He indulges in pornography, fantacizes about violence, and plots to murder a politician for part of the film. The city may be suffering problems but his view is askew to say the least. He’s a man carrying a deep seres of prejudices who only sees the world through a hazy, isolated dreamscape. He cannot connect to that world successfully and his only outlet for resisting it is through attempted and successful violence. 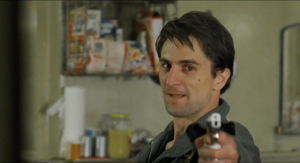 The dichotomy of who Travis wants to be versus who he actually is is important to the film. It’s clear in his monologues later on that he sees himself in the image of a renegade cowboy when in reality he spends most of the plot posturing, sitting around at home, and looking at himself in the mirror.

In the end, there’s some irony that his actions in the final act get him rewarded with attention and popularity, much in the way an audience celebrates Paul Kersey living to slaughter his way through another Death Wish sequel set in a new city. It’s not what he needed as a character though. He’s still very much in his delusional state in the final moments. Society is only marginally better off than it was beforehand with a few less bad people in the world. His vision hasn’t cleared though. He does need affirmation and he needed involuntary commitment.

Complex as Bickles is, it’s his relationship to the world around him that defines the themes. Scorsese has a reputation as one of the most complex and empathetic thinkers in Hollywood for a reason. As insane and prejudiced as Bickle is the movie doesn’t shy away from making him relatable. Scorsese seems to recognize something of value inside this tragically broken soul. Maybe the most interesting scene comes early on when a man on the street gets into the back of the taxi cab Travis is driving.

The man, portrayed by the director Martin Scorsese himself, admits in a strange confessional that he’s going to murder his wife for having an affair with a black man. It’s a bizarre scene that reflects the earliest moments of Travis’s radicalization. Coming out of the mouth of the director though it adds a strange layer as though Scorsese were confessing that the world around him drove him to insanity and evil in his private moments too. Maybe the lesson of the story is that the individual is always in a relationship with society and when one or both sides of that is disfunctional problems begin to escalate.

Having seen Taxi Driver for the first time roughly five years ago it’s been a movie that’s consistently been on my mind. At the time I found it to be more of a visual experience than a narrative. When I first watched it back in college my biggest take away was the somber tone, the iconic jazz soundtrack, and the neon cityscapes of New York City passing by in short bursts outside the cab.

When I shot my amateur feature film City of Lights those visuals ended up finding their way into my work as a lonely character drove his way through the beautiful background of a bustling city. With multiple viewings Taxi Driver takes on additional life and the function of the thing comes more deeply into focus. It is merely Scorsese’s first masterpiece but it’s one I think of definitively when I think about Scorsese as a director. Everything we love about modern Scorsese is floating around here in a rawer, angrier, and more melancholy form. Without Taxi Driver, we likely wouldn’t have a Martin Scorsese at all. 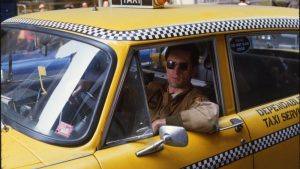 - Extremely Dark Themes That Some Might Not Find Palatable

If you're a fan of Scorsese's later movies like Goodfellas or Silence and you haven't watched Taxi Driver you're missing out. It's one of his all-time great films, an insane nightmare with some of the most memorable cinematography and music in the history of cinema.