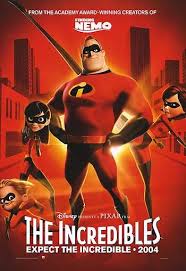 Like many of the films born during Pixar’s heyday in the early 2000s, The Incredibles took a well-tread concept and spun it into a unique story. Now that the long-requested sequel has at last been released after fourteen years of waiting, it’s time to go back and look at just what made the original film so memorable to so many people.

Violence/Scary Images: Quite a few generic superhero battles where combatants punch one another and attack each other with various weapons. Though there are no explicit injuries or blood, there is some bruising. The protagonist grabs a bystander at one point and threatens to kill her. An early scene contains an attempted suicide. The main character attacks his (non-superpowered) boss at one point, throwing him so hard that he breaks through several walls. Several scenes depict characters being tortured. A skeleton is shown.

Language/Crude Humor: None, though the characters make frequent use of mildly disrespectful phrases and insult (“Shut up,” “Idiot,” etc.)

Sexual Content: The two main characters are married and kiss in multiple scenes, as well as pinching one another’s backsides on one occasion. Several female characters occasionally wear clothing that reveals cleavage and bare legs. One of the protagonists is implied to be worried that her husband is cheating on her.

Other Negative Content: A major part of the plot involves the main character lying to his wife for about two months, though he is genuinely repentant later on.

Positive Content: Themes of family togetherness are strong throughout the movie. Characters readily sacrifice for one another. 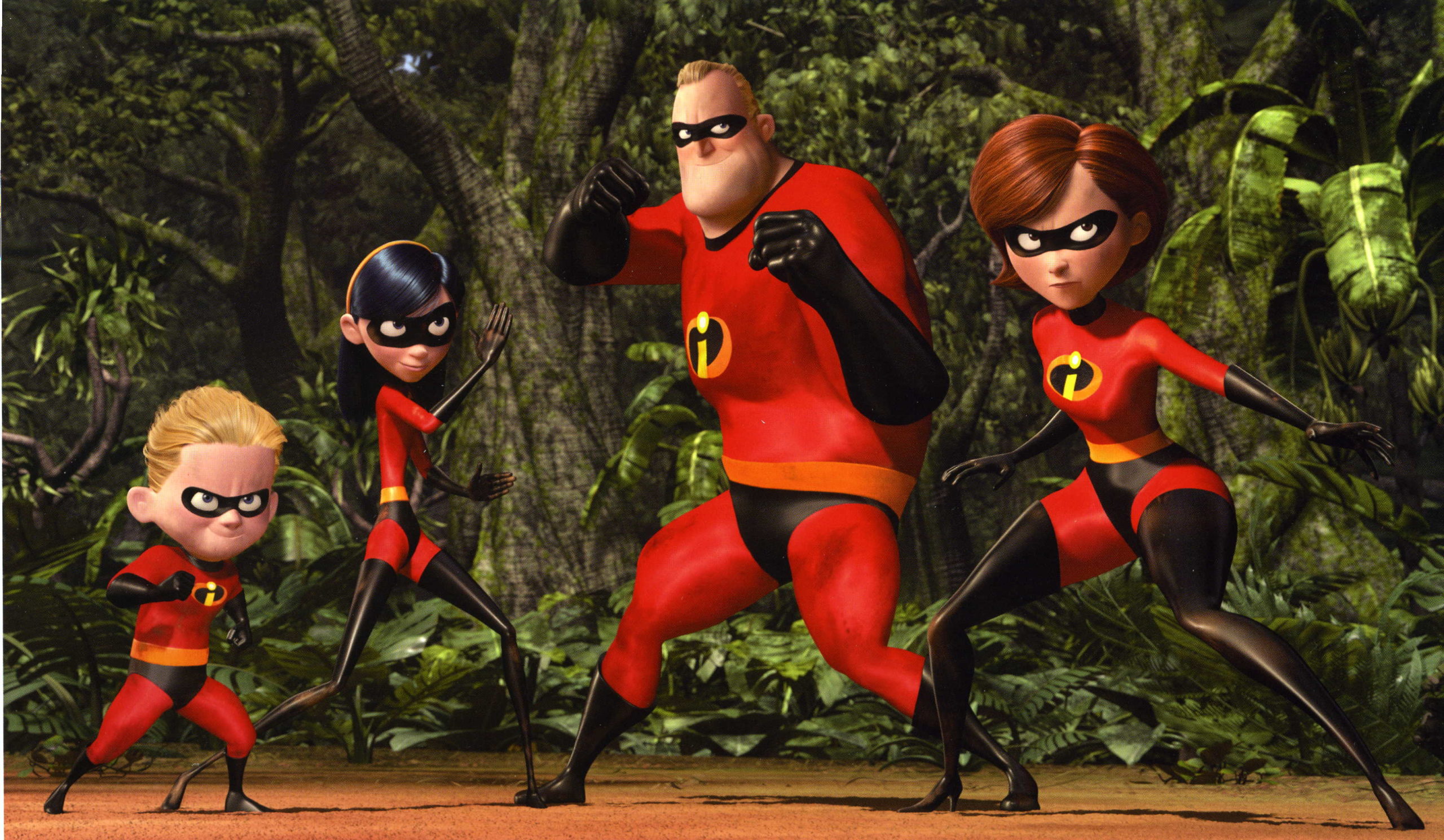 Over the last two decades, Pixar has become one of the most beloved creators of animated films, known for not only their animation but also their ability to create intelligent movies that are both funny and meaningful. Released in 2004, The Incredibles is a prime example of the type of excellence that the studio can pull off when they’re at the top of their game.

The Incredibles is many things: it’s action-packed, witty, fresh, and creative. But, more than anything else the movie has going for it, it just feels real. Despite a fantastical premise, the titular characters are almost instantly reduced to a natural-feeling family with relatable everyday problems. Deep emotional connection with characters is an essential ingredient for stories in any medium to become loved and remembered. When nearly every scene is underscored with mature themes that are easily applicable to most viewers’ lives, whether directly or indirectly, that kind of connection is almost inevitable.

Pixar goes even further here, demonstrating a profound understanding of the unique struggles each character faces by assigning them powers that represent (and enhance) each person’s core temptations: The speedy Dash is a hyperactive youngster who must constantly restrain himself from being at all athletic; Violet, who is shy and defensive, is able to turn invisible and use force fields to repel attacks; Helen (aka Elastigirl) is the stretched-thin mother trying to keep everything together on her own; and Bob is the mighty father figure who desperately wants to help others but is constantly denied permission to do so. Each power actually makes it easier for the holder to indulge in their own personal weaknesses, and the fact that these incredible traits blend so well with the more ordinary aspects of their personalities is a crucial part of what makes the characters and their situations so accessible for us (presumably) non-superpowered audiences.

I’d be remiss if I didn’t also talk about my favorite character, Edna. While her themes aren’t nearly as obvious or pervasive as those of the others, here rapid-fire speech patterns and complete disregard for others’ opinions make her as endearing as anyone them from the first second she appears on screen. While Edna is emblematic of the type of person I love to watch but would probably hate to meet, it feels as though no scene can possibly fail to be entertaining as long as she is in it.

A big nod for making the movie and its characters come together as beautifully as they do has to go the actors. The voice acting is simply superb, with the actors managing to bring their superhuman characters to life while also giving all of the interactions a normal-everyday-family feel no matter how intense the dialogue or the situation.

The only chip I have left on my shoulder from this movie is that Dash’s and Violet’s character arcs aren’t explored all that deeply. Their personal conflicts are resolved rather quickly and easily, and while this is partly because they aren’t meant to be the main focus, it also feels like a lot of complexity surrounding the issues they deal with is simply brushed aside in the name of a happy ending.

Minor complaints aside, though, The Incredibles is just an all-around good movie. It’s fun to watch, it’s meaningful, and it’s easy to connect and engage with. With this level of animation quality and narrative depth, it’s no wonder that Pixar has been able to stay well ahead of its competitors for so many years. 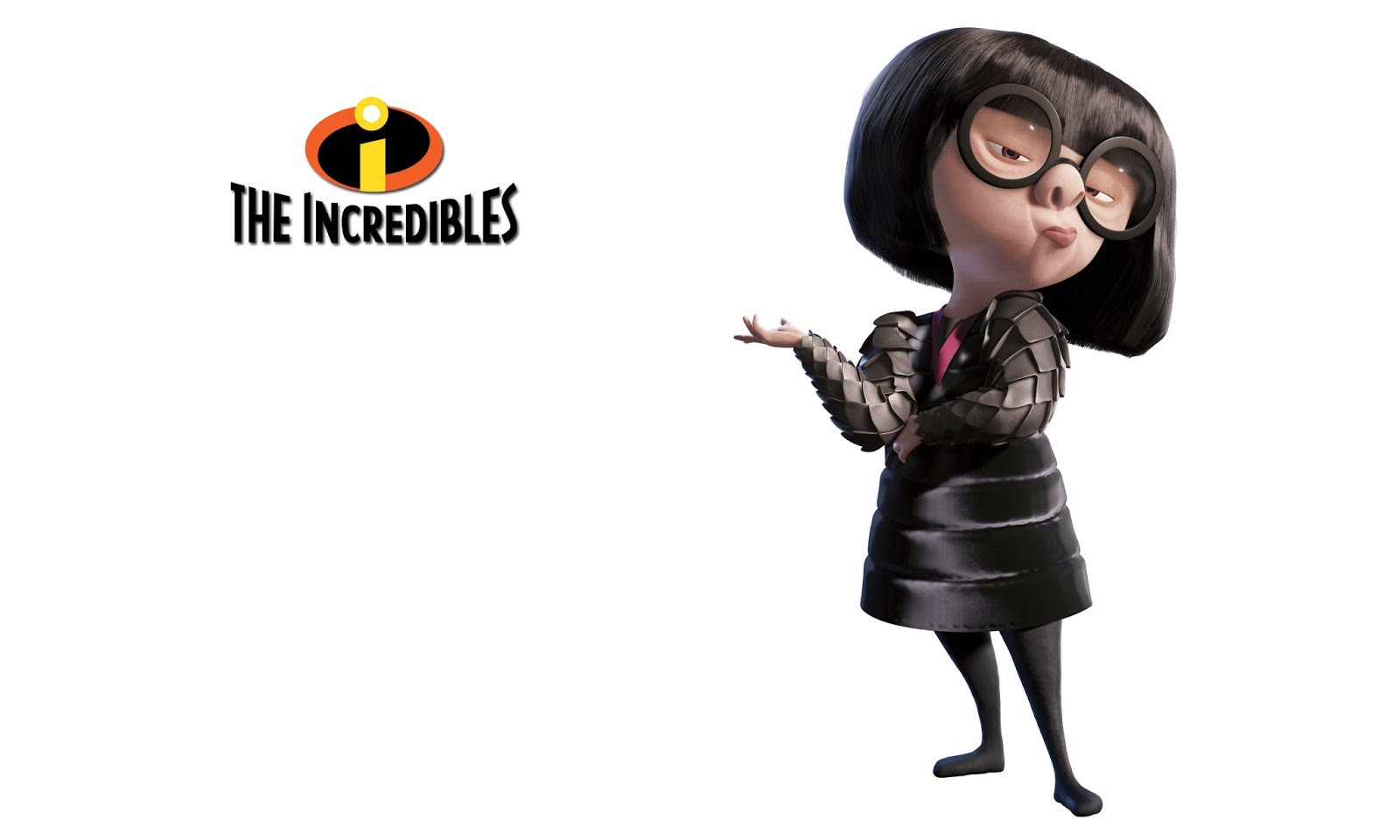 A touching movie that manages to be at once relatable, challenging, and playful, The Incredibles is well deserving of its spot as one of Pixar's most fondly-remembered films.