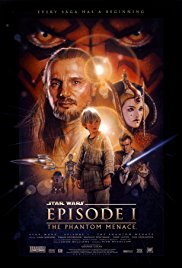 The year 1999 marked the beginning of one of the most reviled film sagas of all: the Star Wars prequel trilogy. With its numerous problems having been thoroughly hashed out over the years by critics, viewers, and memes, The Phantom Menace quickly became the first blight on the name of the mighty Star Wars franchise.

Violence/Scary Images: Explosions and gun/blaster battles are common throughout. Characters routinely try to kill one another, and some minor physical skirmishes occasionally take place. Several to-the-death duels are fought with lightsabers (basically, laser swords). A character is stabbed through the stomach and killed. Another character is cut in half with a lightsaber, though it’s seen at a distance.

Language/Crude Humor: Some mild name calling. A few characters speak in fictional languages and are implied to be saying profane or rude things.

Spiritual Content: Elements of the Jedi and the Force have some religious connotations.

Other Negative Content: Slavery is present, though it is denounced by most characters. Gambling is rampant on Tatooine. The heroes lie and gamble in order to escape Tatooine.

Positive Content: Anakin and his mother are genuinely selfless. Cooperation and valuing life are held up as virtues. 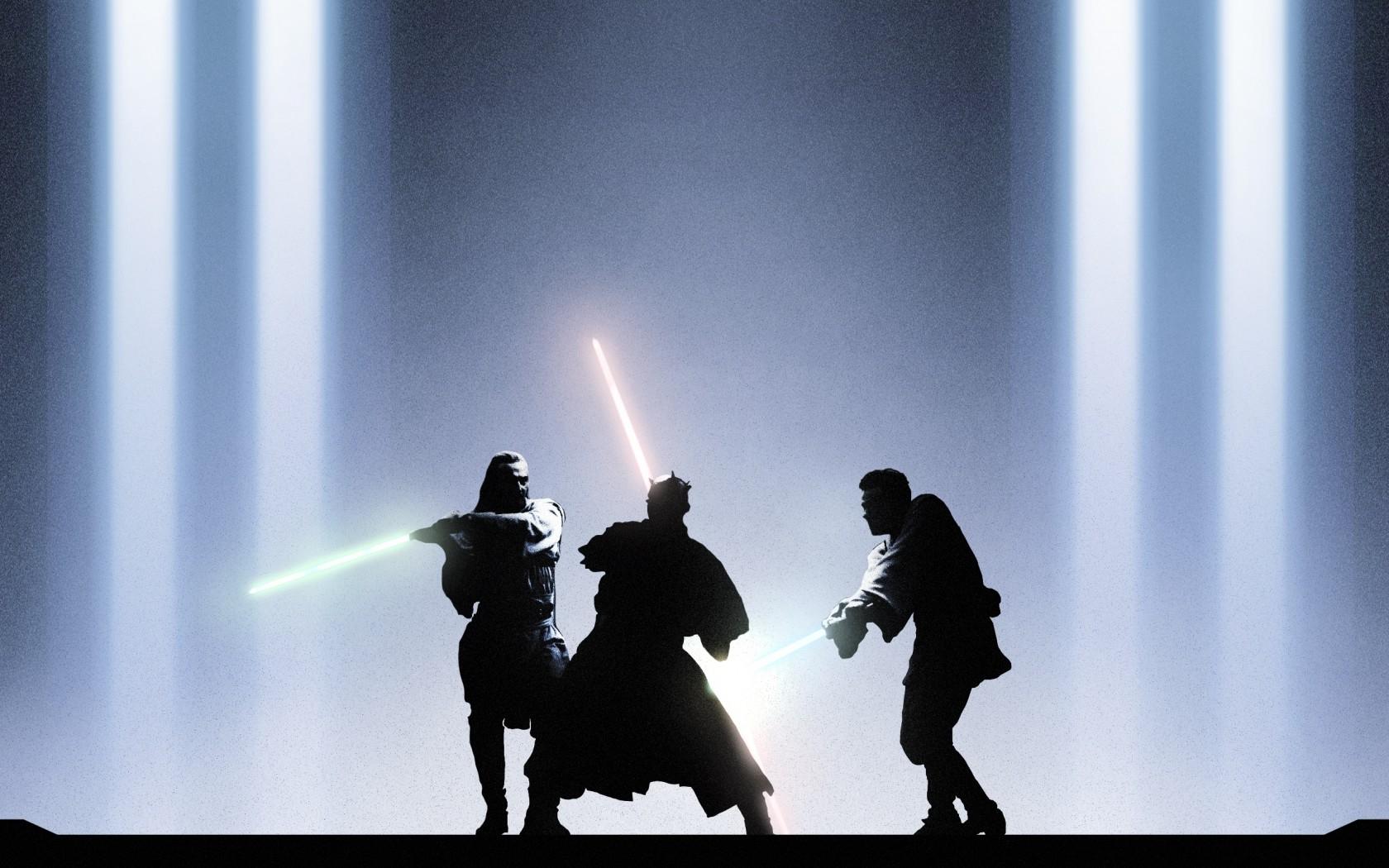 Well, now that we have the original trilogy rounded out, might as well head on back to take a look at the infamous prequel series. While Episode I isn’t the worst of the prequels (Episode II, get back in your doghouse), it does have a reputation for being the installment that ruined, or at least tainted, the Star Wars saga, and it certainly has enough problems to live up to that bleak image.

The first problem is how heavily the movie favors plot over developing characters. While the original trilogy was also heavily plot-focused, its characters have always been the real reason that those films are so beloved. They’re remembered not because of the space war concept–which is neat, but not all that special or unique–but because of fleshed-out people like Solo, Leia, and Vader adding their personal touch to the story and giving us reasons to care.

This is the single biggest failing of The Phantom Menace. Most of its characters function more like tools than people, all playing their role to move the plot forward while displaying barely any unique personality. None of their relationships evolve and no one appears to face any sort of meaningful inner conflict. With no one to really care about, getting invested in the story is nearly impossible, and most of the attempts at emotion or tension are flat at best and downright laughable at worst.

So, with all the movie’s emphasis placed firmly on the plot, the storyline itself must be deep and compelling, right? Nope. Most of the overarching story is mired in political affairs that we really don’t know much about. On its own, this isn’t bad, as political intrigue can be a strong story element if used well. Even there, though, characters spend far more time talking about the political situation than actually doing anything about it, to the point that large swaths of time pass by without any sort of meaningful event taking place. In fact, while I was rewatching the movie, I paused about halfway through and realized that almost nothing had changed since the beginning except for the physical location of the protagonists.

Part of this is because The Phantom Menace is plagued by an imbalance between its own needs as a film and the role it has to play as part of a series. For instance, at one point in the movie’s first half, the crew of people who are apparently our protagonists wind up on Tatooine and spend a considerable amount of time there. By the time they leave, the overall story hasn’t moved forward at all. Plenty of things happen during this time, but only things that need to happen to set up future Star Wars movies; none of it is actually relevant to the movie’s main conflict. The fact that these two things are at odds with one another, constantly competing for screen time rather than being interwoven into a single coherent whole, spells the final death sentence for this film and also sets the stage for the failure of the rest of the prequel series.

Star Wars is an action franchise; its characters need to be doing things in order for it to be compelling. The Phantom Menace has a few such moments, and unsurprisingly, these are the few moments from the film that are remembered with any sort of fondness. The pod race sequence, while very divisive due to how unnecessary it is, is still well put together and fun to watch, and the movie’s climactic lightsabre duel is one of the best in the entire Star Wars series. But despite some portions being fun to watch independently, their inability to combine together to form anything consistently engaging, alongside the prevalence of boring and irrelevant filler scenes, ultimately earns this film a failing grade.

Bland characters, a dry politics-based plot, and poor worldbuilding make for a movie that’s so focused on setting up for future films that it forgets to actually be an interesting movie.