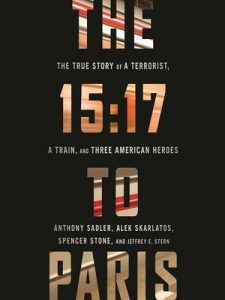 Clint Eastwood’s newest film The 15:17 to Paris is a film in the vein of his recent films American Sniper and Sully. It’s a drama that celebrates the heroes of real-world historical events like the Iraq War and the Miracle on the Hudson. In this case, he tells of the story of the attempted 2015 terrorist attack of a Paris-bound passenger train that was stopped by a group of American servicemen. What makes this adaption unique is that it stars the actual men who stopped the attack.

Violence/Scary Images:  A man is non-fatally shot but a large amount of blood is seen. Character engage in a physical struggle and receive multiple knife injuries and severe physical injuries.

Other Negative Themes: Characters we know to be religious attend a nightclub to meet women and drink heavily.

Positive Content: Strong positive themes about the meaning of life and destiny. 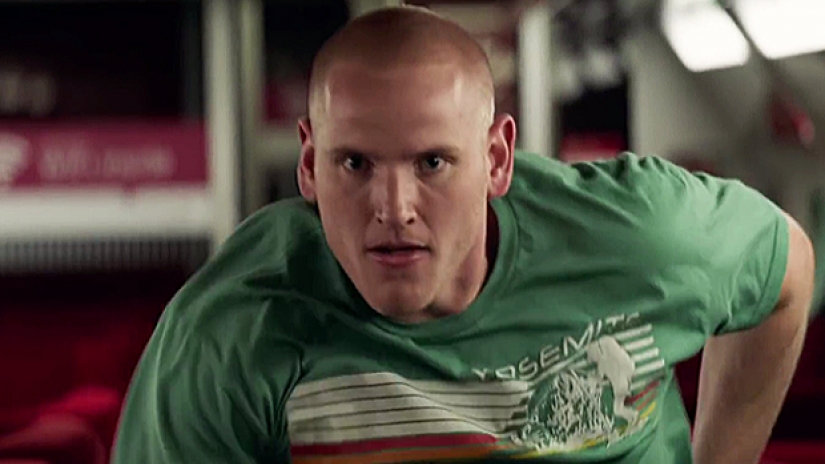 The 89-year-old actor, director, producer, writer, and occasional composer Clint Eastwood has been one of the most influential filmmakers in Hollywood history. His earliest appearances in Rawhide and the Sergio Leone’s Dollars Trilogy helped define him as one of the premiere blockbuster actors of his day before he launched his own film studio and proceeded to build one of the most entertaining backlogs of genre films and critically acclaimed dramas ever. Now late in his life, Eastwood has begun a new career trajectory that will more than likely represent his final journey as an artist but also offers us one of the most powerful looks into his artistic soul we could have possibly asked for.

To understand the full breadth of Clint Eastwood we need to look back at what he represented to the culture of the 60s and 70s when he first rose to prominence. In many ways, he was largely a member of the counterculture. He was an infamous playboy on par with Hugh Hefner in his day with largely open relationships despite his marriage. Eastwood’s movies reflected his attitude with largely nihilistic themes. His westerns chewed up and spit out the romance of the films such as John Wayne and John Ford and replaced it with a lust for vengeance, wealth, and moral relativism.

At the same time, though, he was a wildly anti-establishment individual who despised authoritative power. His Dirty Harry franchise was a blistering indictment of institutional corruption and societal anarchy that counterculture had let loose upon America. Whatever can be said about Eastwood’s personal flaws as a human, let it never be said that he’s a man who lacks a sense of justice.

As his career evolved his movies changed with his personal outlook on life. Late in life, he directed movies like Unforgiven and Gran Torino which both deconstructed the archetypes of the characters that defined his career. In this second stage of his career, he was in the process of questioning what the true role of the characters he had created were and what they represent within the culture. His answer in both of those films involved watching his titular characters come to terms with what they were for better and for much worse.

If Eastwood started his career by blowing culture away and continued it by questioning himself then it would appear that he is ending his enigmatic career in a completely different way. Whatever can be said for his recent trilogy of American Sniper, Sully and The 15:17 to Paris, all three films are fundamentally about celebrating the society that he had spent so long criticizing. At the end of his life, Clint Eastwood has dedicated his time to offering real heroes a chance in the spotlight.

If there is any real problem with his work at this career stage it’s that he’s fallen somewhat into the trap that most late in life directors tend to. If J. Edgar or Jersey Boys are any indication it’s fair to say that Eastwood has somewhat lost his edge as a director. Flags of Our Fathers, Letters From Iwo Jima, Million Dollar Baby, and Gran Torino all dropped more than a decade ago at this point and his intermediate work has largely been of middling quality. This is true of his three most recent films to varying degrees. Sully is very workman-like and probably the best thing he’s made since Gran Torino but American Sniper has problems and 15:17 to Paris has severe problems. Whatever else I’ll say about them I’d still argue that they’re very interesting and important films, especially if you want to understand Eastwood’s growth as an artist.

The 15:17 to Paris, is easily the most novel and on the nose of his three films in terms of establishing exactly what it wants to be. The huge gimmick this time around isn’t merely that it’s portraying a newsworthy political event but that the event is being reenacted by the actual heroes that stopped a 2015 attempted terrorist attack aboard a Paris-bound passenger train. Considering none of these men are actors one can obviously offer a minor handicap to Jeffrey Stern, Spencer Stone, Anthony Sadler, and Alek Skarlatos for their lack of experience. Spencer Stone ends up being the MVP of the film considering his story is the central one, and he does generally adequate carrying a film in spite of his very limited range.

Historically this is not the first time a major film has been cast so autobiographically before. The most famous instance of this is in the 1955 World War II film To Hell and Back, based on the autography of Audie Murphy who was one of the most decorated American war heroes on the western front. His most famous moment of the war came when he single-handedly held off an entire German offensive by himself using only a phone to call in artillery strikes and the machine gun on the back of a burning Sherman tank.

After the war, he came back to America, became an actor and proceeded to star in his own movie. That film ended up being a wildly critical and commercially successful film and Murphy’s skill as an actor allowed him a career exceeding his initial performance. He’d go on to star in the film adaption of The Red Badge of Courage along with several dozen other westerns and war films before his death in 1971. Unfortunately for whatever can be said of the four heroes of the story, they don’t hold up this film as much as Murphy did his.

What ultimately undermines the film is how severely underwritten the script is. Much of the dialog is very pointedly on the noise talk about our meaning in life and when the film isn’t being blatant it’s getting lost in long tangential digressions that don’t add to the story. The film is also hampered by bizarre structural decisions and editing that “imply” heavily that the characters are destined to find themselves at the sight of the attempted terrorist attack.

This ultimately serves to fill in one of the themes of the film but a better version of this film could exist where an unknowing audience member doesn’t know what is going to happen and could be surprised by the events of the story. This kind of out of order editing worked really well in Sully but that film was all about differing perspectives on the actions of one man so seeing the same event over and over worked when you needed to see how different characters were handling it.

What saves this film for me, however, is just how spiritually-inclined the film is. Despite how lop-sided much of the production is I really do enjoy watching a director who has been as nihilistic as Eastwood has been openly affirming a very godly perspective on life. The central theme of The 15:17 to Paris is a very Christian theme about how our failures guide us in the direction God wants us to be in. All the events, starting from seeing the childhood versions of these characters, are ultimately in place to put these four people at this exact location at the exact moment when they could save everyone.

I can’t say for certain that Eastwood has seen the light or started going to church (I sincerely doubt he has in fact) but it’s wonderful that he’s chosen to make that the center of one of the last films he will ever make. It speaks so deeply to his emotional and spiritual journey as an artist that he would look outward as a person to affirm that small moment of beauty and perfection as something to hold up. If this tragically would end up being his final film ever I would say it’s a wonderful way to end a prolific career in spirit if nothing else.