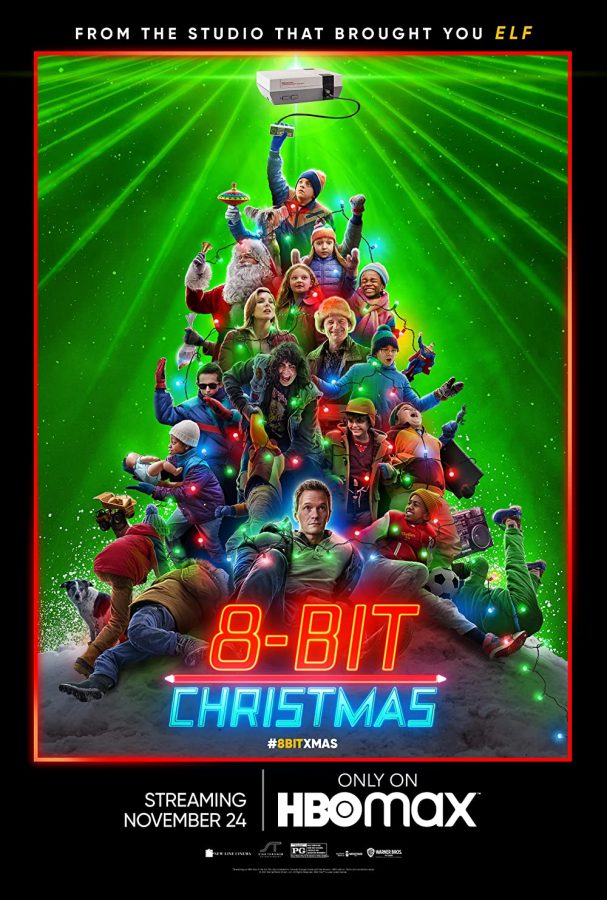 8-Bit Christmas is a release that crept up on us this year. Its first trailer came to us at the beginning of November and revealed it would be coming very quickly—the day before Thanksgiving. In addition, it was released exclusively on HBO Max, enabling people to curl up on the couch with a movie as they recover from the previous day’s food coma. 8-Bit Christmas is a movie the whole family can enjoy; it targets nostalgia while feeling extremely relevant to today’s culture. By achieving that, I believe parents will have some stories of their own to tell their kids after watching this movie.

Violence/Scary Images: A character is punched at a mall. A television falls on a dog. Later, we see the dog in bandages with a collar with blood on it.

Language/Crude Humor: We have frequent use of mild language—”h*ll,” “frickin,” “d*mn.” A “GD” is used once, but one character frequently uses “God bless it” throughout the film. Lastly, a blurred image and a conversation about baseball cards, with one of them having the words “f-face” on a player’s bat. A kid eats a large number of Spaghetti-Os and regurgitate’s them on command.

Sexual Content: Boys trade a copy of Sports Illustrated with a woman wearing a bikini on the front cover and refer to it as a “nudie magazine”.

Spiritual Content: The film focusses on the secular meaning of Christmas.

Other Negative Themes: A crowd of kids and even a few adults offer bribes in hopes of playing the illustrious video game console. One scene depicts two characters buying a Christmas gift from a scalper. Some bullying takes place.

Positive Content: Without spoiling the ending, the overall lesson of the movie is a positive one and won’t give false hope to kids that watch it.

Set in Chicago during both modern day and the late ’80s, 8-Bit Christmas tells the story about Jake Doyle and his quest to get a Nintendo Entertainment System for Christmas. Neil Patrick Harris stars as an adult Jake Doyle who tells this story to his daughter, an angle that makes this film feel like a new take on A Christmas Story. Winslow Fegley plays young Jake during most of the film, accompanied by a group of friends on that quest when they all realize that none of them will be getting an NES for Christmas. Aside from Neil Patrick Harris, Steve Zhan and David Cross are a few other notable names that star in this movie.

As they should be, the kids are the highlight of this movie. They each have their quirks, which brings me back to older films such as The Sandlot. For example, one is a pathological liar while another is a reluctant nerdy type. I love most movies in which the kids are the stars, where we see those quirks utilized as both humor and strengths. We get to see that happen during one final attempt to acquire the NES. Hearing/seeing a kid regurgitate Spaghetti-Os is quite gross, yet a strong example. While none of these roles will ever be iconic, it was always a good time when these kids were on screen. I only wish we got to see more hijinks from them because, for a significant portion, the goal was to get into the local rich kid’s house to play the console.

Next, I have to mention the adults. They are painfully cringy, which feels intentional and is usually the case with this kind of movie. Jake’s dad (Steve Zahn) plays a handyman type of father that doesn’t seem to care about much of anything except for saving a buck. At one point, an incident calls for a ban on video games in the region. The scene in which the protest begins with the cleverly awful catchphrase of “Video Game, Over,” feels like the equivalent of A Christmas Story’s “you’ll shoot your eye out.” The adults aren’t meant to be likeable in this movie, but what I appreciate even more is that my opinion of one particular character changed by the end.

At an hour and thirty-seven minutes long, I thought the pacing was great, and no scene ever overstayed its welcome. This won’t be the funniest movie you’ve seen this year, but the humor is on-brand for the kind of movie that 8-Bit Christmas intends to be. There were times in which I forgot this movie was a new release, meaning that it could’ve come out in the era it takes place in or even the early ’90s. It was nice that we got a few short moments to see adult Jake interact with his daughter (Sophia Reid-Gantzert), which served as transitions between the more significant flashback scenes.

What 8-Bit Christmas does best is that it makes a story from a different era feel surprisingly relevant today. The story of a kid’s desire for an NES is the same plight people are going through with Playstation 5s, Xbox Series Xs, and graphics cards. The timing of this movie’s release couldn’t have been better because there isn’t any way it could’ve been intentional. Many kids want one of those new consoles for Christmas, but parents won’t be able to acquire them even if they have the money to do so. That relevancy makes me appreciate the movie’s ending even more because it won’t give your children false hope for this holiday when you watch the film with them.

In pre-COVID times, I could see this movie having moderate success at the box office. For 2021, distributing it on HBO Max was the right call. 8-Bit Christmas won’t be considered a modern holiday classic, but feels like an ode to those before it. You won’t be laughing your face off when watching this movie, but you’ll have a good time. Lastly, this movie could have easily been a nostalgia-fueled rollercoaster of things people remember. However, it respects its viewers more than that by paying homage to what was likely a simpler era.

8-Bit Christmas won't be considered a modern classic, but I can see it becoming a holiday staple in some households.