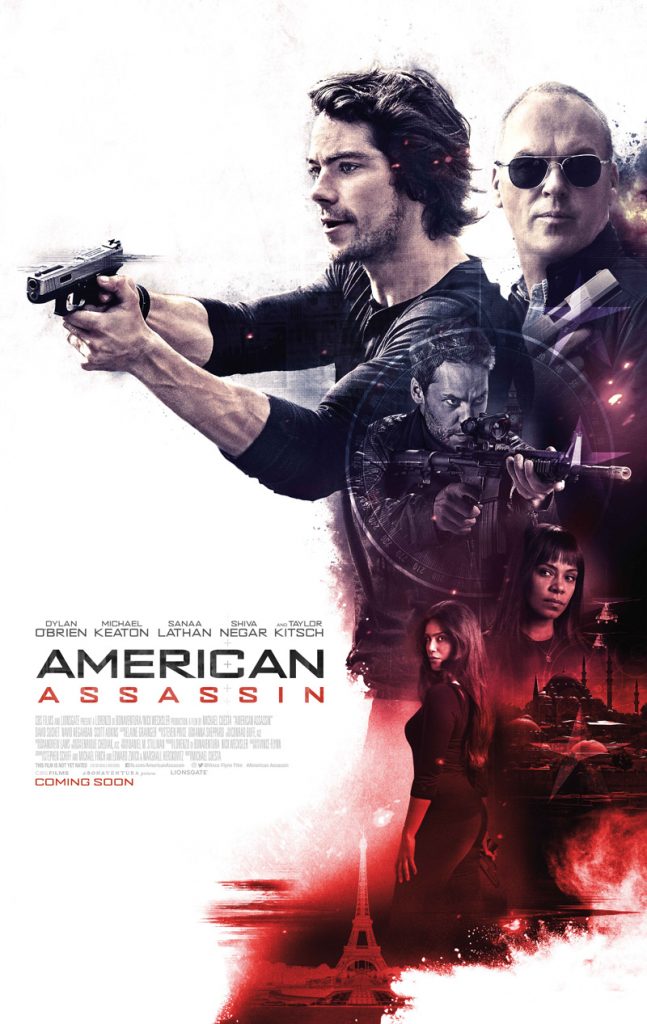 Avid book readers of Vince Flynn’s bestselling novels will be extremely familiar with Mitch Rapp; the self-trained, goal-orientated, terrorist-killing hero that is prominent in the series. Jaded cinema audiences will feel that ‘series’ is the key word in that sentence. Yes, American Assassin is another attempt to boot up a money-grabbing franchise. Originally the film series was to begin with the sixth book, Consent to Kill. Though after a few setbacks, executives felt it wiser, to begin with the prequel novel, also called American Assassin, despite it being written late into Vince Flynn’s career.

Will this be the next big spy thriller franchise? Either way, for producers it’s a necessary gamble; if they didn’t pop out a film soon they would have lost all the rights to the property. Of course, creating a movie for the sake of it doesn’t typically bode well for audiences hoping to watch something of quality…

Violence/Scary Images: There is a five-minute sequence that is awfully reminiscent of the terrorist attack in Sousse, Tunisia. The bullet wounds and the callousness of the terrorists are realistic – the blood and gore isn’t excessive, but the film is unflinching in its brutal depiction of the event. There is a lot of gun violence throughout the film. One character commits suicide with a firearm. Some characters are physically assaulted, sometimes with knives, where they are stabbed and sliced. There is a scene where electrocution is used as negative reinforcement. A character is tortured; shocked, beaten, and fingernails removed. There are some intense confrontations with terrorist organizations.

Language/Crude Humor: The f-bomb is dropped quite frequently throughout the film. The s-word, and other swears such as “a**hole”, and “son of a –“ also appear in the film.

Drug/Alcohol References: Some background characters are seen smoking, while alcohol is drunk from a flask.

Sexual Content: There are no sex scenes. A woman is seen topless, though the scene is rather brief, but nonetheless, the nudity feels unnecessary.

Other Negative Content: Soldiers in this secret counter-terrorism unit are perceived as being expendable. The mission is what is given precedence, not the value of the lives involved in the task.

Positive Content: American Assassin is a story about cold-hearted revenge. While this course of action cannot be condoned, the background sentiment and motivation does stem from humanity’s need to see justice in a world full of evil. The character’s journey is one that is responding to something unjust. While Biblical principles such as forgiveness don’t really come to play in this film, it does highlight our instinctual desire to see wrongs made right and evil eliminated. How that occurs is misguided in this story, but that natural urge is in part thanks to being made in the image of God, even though this goal can’t be accomplished by human means alone.

Out of all the films to grace the silver screen this year, American Assassin features one of the strongest opening sequences. While a little sentimental, it bluntly turns into something extraordinarily confronting and sadly all too familiar in today’s political climate. The following montage that details the drastic change in our protagonist, Mitch Rapp (played by Maze Runner’s Dylan O’Brien), is adrenaline-fuelled and utterly understandable. We sympathize with his anger. We can relate to his trauma. As bloodthirsty as his path may be, we do want him to succeed on his vengeful quest for justice.

Yet that story is ripped away from us as soon as it appeared. American Assassin could have been the next Rambo, John Wick, or Taken. I’m rather biased because I personally adore stories that contain a one-man army. So it was incredibly disappointing to be teased with this potential plot development, only for the narrative to completely change tack. Followers of the book series won’t be surprised, though for newcomers the first act will feel completely disjointed from the tone of the rest of the film.

When it comes to constructive criticism, most say that one should provide the positives before giving negative feedback. American Assassin is a difficult film to review mainly because it doesn’t have a lot of either. Apart from the first gripping twenty minutes, the story quickly becomes a mundane spy hunt over nuclear weapons. It has been done before. Numerous times. There isn’t a lot to praise about this film, but it’s also not terrible enough to rip apart. It’s average and not remarkable.

Dylan O’Brien does a fair portrayal of terrorist-hunting Mitch Rapp, though he is no Liam Neeson, Matt Damon, Daniel Craig, or even Taron Egerton. He doesn’t take command of the role and make it distinct enough to stand out from other similar characters in the genre. The same can be said of the rest of the cast; they are mostly flat and are one-dimensional characters. 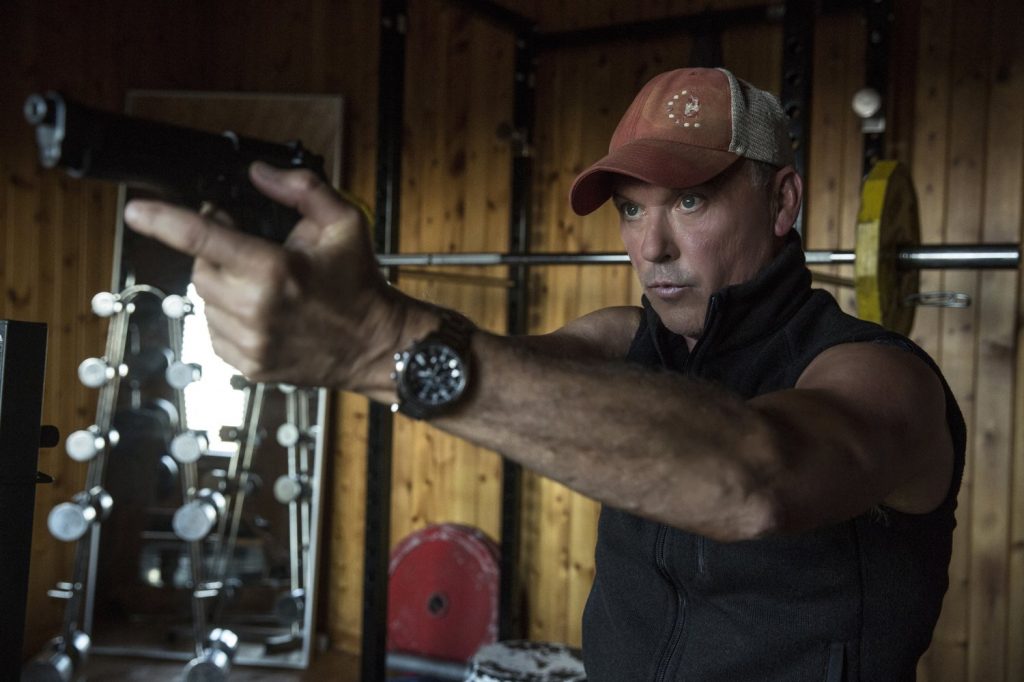 This leaves film veteran, Michael Keaton, the task of dragging the narrative forward, and thankfully he delivers! He is by far the most interesting and engrossing character, livening up every scene that is graced by his presence. This isn’t a nuanced performance, absolutely not! American Assassin gives us the version of Keaton that is delightfully unhinged and wildly savage. We haven’t seen this side of Keaton in a long, long time, and it’s a very warm welcome! Seeing him in this role is almost worth the admission price alone. Almost.

Michael Keaton appears to be the only one having fun in his film, though that might not be the fault of the other actors. The story is structured in Keaton’s favor. As much as I loved every second of his psychotic antics, giving Keaton’s character too much of the spotlight is the film’s biggest narrative flaw.

After all, Mitch Rapp is the protagonist. It’s his journey that we’re following. The first act wonderfully sets up what motivates him and ultimately propels him forward, though his goals are quickly sidelined. American Assassin commits the narrative sin of producing a villain that has no personal connection to the hero. There are exceptions to the rule – this film isn’t one of them. Even more frustrating is the fact that there is a character that would have made for a better antagonist, though they aren’t utilized.

Instead, the villain is linked with Michael Keaton’s unconventional mentor figure character. There is no personal investment for the protagonist. For the vast majority of the film, Mitch Rapp (and the audience) are left completely in the dark as to the villain’s connection, which makes the entire story rather bland. It’s just a job for Rapp. Ironically that’s one of the story’s key lessons, but it plays against itself. Sure, the stakes are high, but there’s no reason for Mitch Rapp to chase down the villain compared to anyone else on the team. It might be why the face-off between the villain and Keaton is one of the best scenes in the entire film – we are finally treated to some emotional investment from the characters, something that we haven’t witnessed since the seemingly irrelevant opening sequence.

For those looking for a few fight scenes, explosions, and even a touch of catastrophic destruction, then American Assassin is perfectly serviceable. The action is nicely choreographed despite the narrative feeling rather soulless. It’s entertaining enough to satisfy, though the story has been done before. There are some great moments interspersed amongst its bland plot, making it worth a look, but there’s not enough to really warrant a full-priced movie ticket. It’s average, but unfortunately, mediocrity is not going to get this new franchise off the ground. 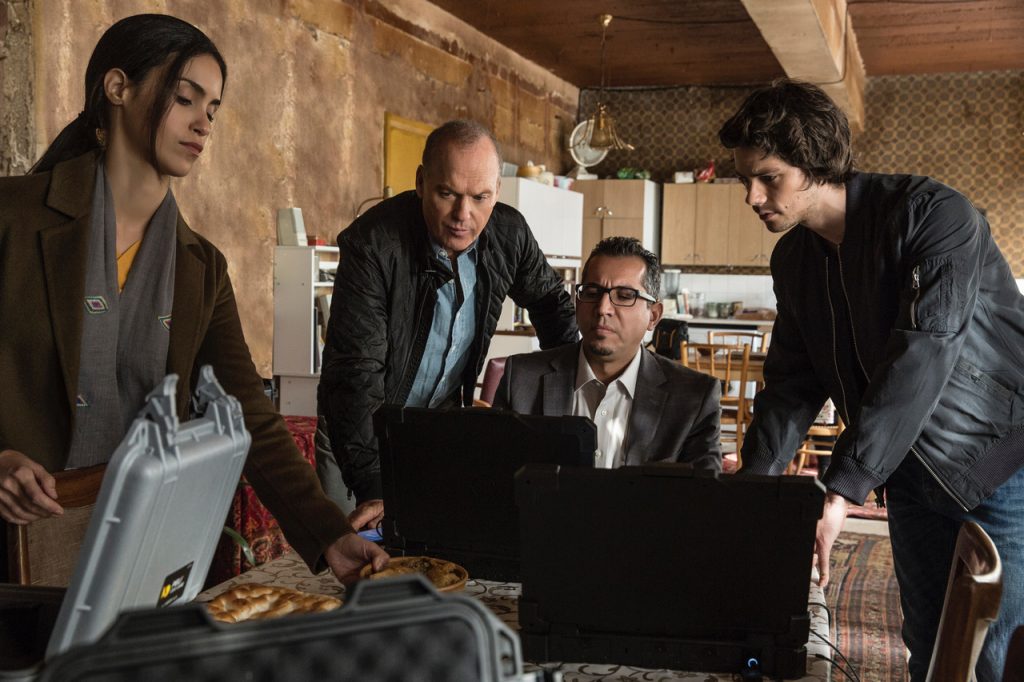 - The first act is disconnected from the rest of the story. - Weak villain and poor story structure. - The main plot isn't unique.

American Assassin has a great setup, but there’s no payoff. Michael Keaton is wonderfully entertaining, though a single character cannot infuse enough energy to keep this bland and soulless story alive. Those looking for yet another spy action movie will be satisfied, but American Assassin certainly isn’t offering anything unique here. It’s average – not great, but not unforgivably terrible either.