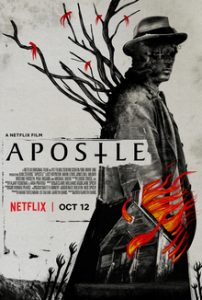 Following the mega-success of the two The Raid films many have wondered what director Gareth Evans would work on next. With Apostle, we have that answer. In a surprising but smart turn, the acclaimed director is back and he’s charging into new territory with a grizzly dark horror film.

Sexual Content: Two characters have clothed sex in a boat. 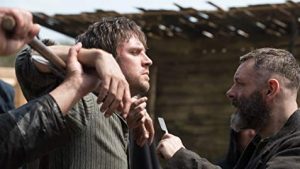 The idea of suffering is one that weighs heavily on the minds of Christians as it had since before the time of Christ walking the Earth. Much of the greatest religious and secular literature focuses solely on how a world can exist with a good God where people suffer. We see it famously pop up for instance in Dostoyevsky’s The Brothers Karamazov wherein grieving brothers face the possibility of a reality without God and ask the very question of how a merciful God can allow his children to suffer. There have been many attempts to explore this idea and much of recent theological discussion on the topic has focused on the topic of theodicy. C.S. Lewis explored the idea in his 1940 classic The Problem of Pain. Suffering remains an ever-present thought in the mind of Christendom yet regardless it remains one of the greatest roadblocks many people outside of the faith have towards religion.

The idea of suffering is clearly on the mind of acclaimed director Gareth Evans in his newest film Apostle. Evans has been a wunderkind director and in the sights of the entire film press since his sudden rise to prominence with the out of nowhere success of his 2011 film The Raid. The film is a modern marvel of action cinema. The Welsh director spent years in Indonesia interacting with the culture and learning about the once largely unknown in the west martial arts style of Pencak Silat to center his movie on.

Upon release, it was clear that The Raid was a masterpiece of contemporary martial arts-action cinema. The movie used its limited scale and scope to hone in on one of the most perfect and simple action premises ever dedicated to film. It’s a movie built on efficiency that brims with grimy cinematography, brutal violence and unforgiving characters that put its lead character Rama through the wringer as the seemingly only good cop in a situation he can’t escape without exacting brutal violence.

Three years later in 2014, Evans returned to the world of his now critically acclaimed franchise with The Raid 2. Instead of just resting on his laurels and making another stripped down martial arts film like the first one Evans leaned into his success and conceived one of the most ambitious action films ever. Expanding upon the simple premise of the first film he expanded the ideas and organizations present in the much smaller prequel and turned the simple story into a sprawling crime epic of mobsters, yakuza, and corrupt cops that Rama has no choice but to carefully navigate his way through an attempt to stop as it threatens to spiral out of control. The film was criticized for its somewhat rickety construction but the results didn’t lie. The Raid 2 was something special. It upped the ante with greater violence and more ambitious martial arts action and crafted a great mobster melodrama in its own right. The whole was truly greater than the sum of its parts.

Now four years after the seeming conclusion of the franchise that made him famous, Evans is back in the director’s chair with his third film. The Apostle was released to Netflix this past weekend to surprisingly marginal fanfare. It’s not surprising as Evans isn’t a household name despite the massive popularity of his films but Apostle is a strange movie coming from him. It’s a movie that’s almost entirely designed to appeal to fans of his that already know him from The Raid but it’s also not a film that would naturally appeal to fans of brutal martial arts action.

Apostle is a slow burn horror film that does eventually come to partially embrace Evan’s grotesque sleazy aesthetic but starts as a mostly pastoral horror film very similar in style to The Witch. It’s obvious that Evans is trying very hard to flex his wings a bit with the influence he’s gained after the success of his previous films. He clearly has greater ambitions than just making action stories and this film is clearly his chance to try and find more of his cinematic voice. That ambition is appreciated but it puts into question just how successful he’s ultimately going to be considering his fans may very well just want a third Raid film he’s evidently not desiring to make.

Regardless, Apostle is a quietly solid piece of subtle horror filmmaking. Evans is clearly attempting to work with the minimalist storytelling and bare-bones filmmaking of The Raid in a different context. The film’s premise explores the rise of a cult group in mid-20th Century Britain that has kidnapped the sister of a young man who takes it upon himself to infiltrate the cult and break her out. Doing so is tricky as the cult is secluded on an island and he has to attempt to make himself a member of the society in order to discover the fate of his sister. The film has a lot on its mind and meditates on a lot of ideas about the nature of fundamentalist religion.

Externally the film’s cultish religion aesthetically resembles Puritan Christianity but the film diverges theologically in significant places. Still, the place of disdain that Puritanism holds in modern life makes it clear what the film has on its mind regarding the role of religion in society. The film’s points about religion’s tendency to punish sexuality and control people are cliché in the realm of religious criticism but its more interesting ideas come from the religious journey of its central protagonist. As we come to understand him and why his mission means so much to him we come to learn he was a missionary persecuted in China and forced to watch those closest to him be tortured and killed. He’s come to reject God and all he wants out of the religious community is the last thing in his life that is good for him that the cult has stolen from him.

This represents quite the somber read on religiosity and late in the film, it becomes clear just how grotesquely far the cultists are willing to go in the name of their religion. The underbelly of religious fundamentalism is shown in the form of a series of escalatingly complicated torture devices that the cultists are willing to publicly and privately use to torture the unfaithful. These scenes and the numerous surreal scenes that bend reality represent some of the most interesting and visceral of the film. These are clearly the scenes Evans was shooting these films for and it’s hard not to watch them in the grotesque fascination of how much the camera loves shooting the violence.

Half the time the suspense just comes from wondering how much violence the movie is going to expect you to endure. In these scenes the film comes closest to the movie comes to greatness. Apostle unfortunately never hits the levels of Evan’s previous to films. It’s not clear to me where Evan’s love of human dismemberment and Evan’s voice as an artist meet or conflict which calls into question how much of the premise is drawn into existence to bring forth the violence versus how much of It is in service of a more thematically introspective film.

I would give the film a marginal recommendation to people for whom can handle the violence. Apostle is clearly a movie meant for fans of Gareth Evans who are aiming for him to branch out into new territory and in that he proves himself to be competent and potentially worthy of further praise. I look forward to revisiting this film multiple times to explore it and plum its thematic depths. My initial malaise may yet give way upon further inspection as it has with many movies I’ve loved upon further viewing. As a film about religion, I find it somewhat disappointingly shallow in its treatment of religion yet I still think there’s much to be enjoyed here as a horror film. 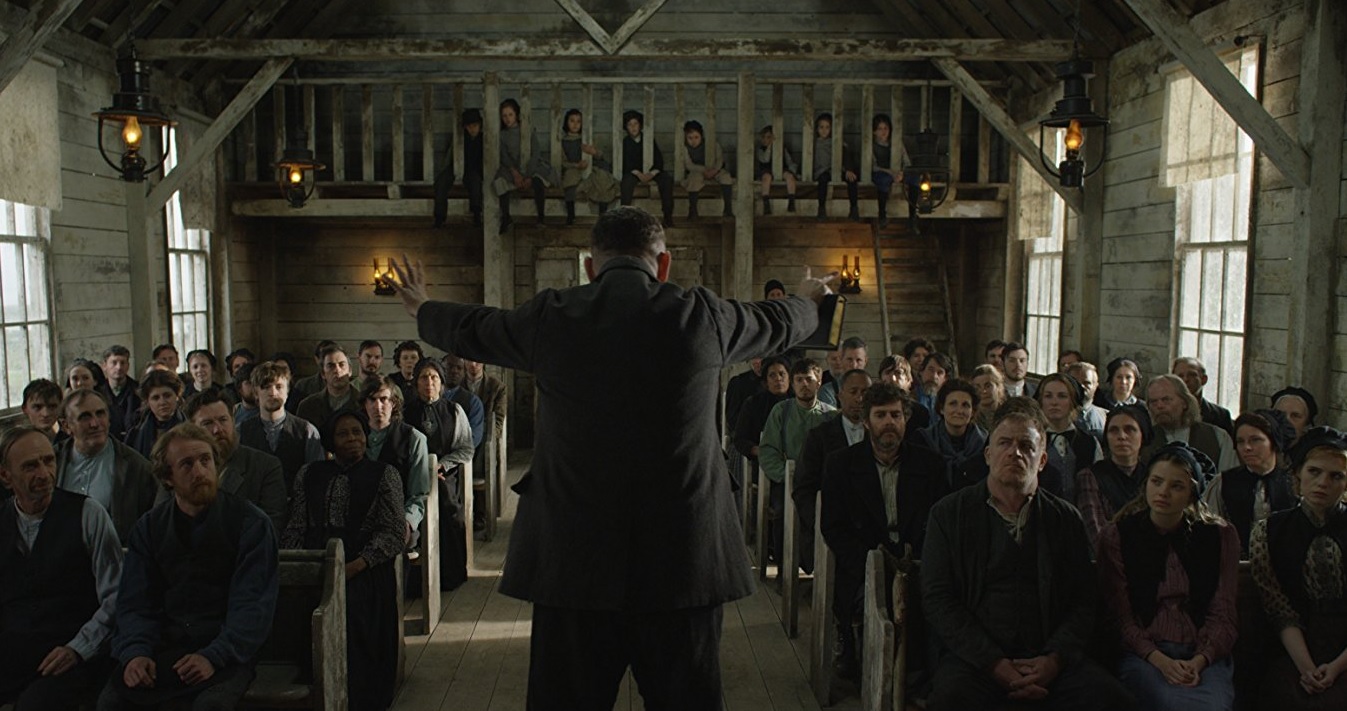 Apostle is a film that fans of The Raid and fans of violent horror films will find fascinating but the average moviegoer may find it a tough watch.