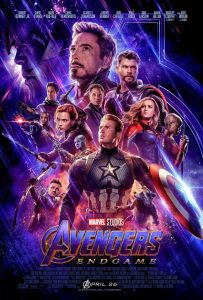 The final chapter in what Disney is calling The Infinity Saga is here at last with the premiere of Avengers: Endgame. After 22 films, 11 years, and multiple franchises, the MCU has reached its climax. Given how popular last year’s mega-success Avengers: Infinity War was, can this final chapter stick the landing successfully?

Note: This article does not contain spoilers beyond a general discussion of the film’s plot.

Part of what made Avengers: Infinity War such an impactful movie for so many people was the fact that it carried with it the most implicitly devastating stakes of the entire Marvel Cinematic Universe. As FilmCritHulk at The Observer noted, it was the first time a Marvel movie had tension in it. Half of the excitement and dread came from waiting to see which of the characters we had all collectively fallen in love with were about to be crushed, maimed, and blasted off the face of the Earth forever, either by Thanos or by overextended Disney contracts.

In my review of the film last year, I gave it a mediocre score of 7.2/10, effectively grading the film a -C. I stand by my criticism of the film and many other critics including those at Geeks Under Grace have agreed with the score. While the film overall maintains an overall positive response from most critics (See: MovieBob, Hollywood in Toto, etc), a contingent of critics have also come out against some of the film’s major problems. Once the initial shock of waiting to see who lives and dies wears off the movie itself is narratively unfocused. It certainly doesn’t stand alone as a story I could enjoy without the context of the Marvel Cinematic Universe and it actively feasts on the empathy of the other better movies like Iron Man, Captain America, Guardians of the Galaxy, Thor: Ragnarok, and Black Panther built for these characters.

Going into the sequel Avengers: Endgame, I didn’t have any sort of meaningfully huge expectations that these problems would go away. The longer runtime and smaller cast suggested that the film as a whole would have more opportunities to hone in on its characters but at this point, the flaws of the Russo Brothers are what they are. They’re exceptionally logical directors with a penchant for intelligently laid out story structure and fan service but they don’t have much of a unique voice in the way a Joss Whedon or James Gunn does. They make mostly satisfying movies, not exciting ones. When Captain America: Civil War and Infinity War came out, in both instances I got exhausted by the notion of more movies like these. When Guardians of the Galaxy 2 came out I was energized and dying to see it again. That’s the effect a more thematically cohesive and focused story can have.

Truly going into Avengers: Endgame I didn’t have any preconceived notions about what the film actually was going to be. The promotional campaign was exceptionally vague. We saw the original Avengers team with Ant-Man, Carol Danvers, War Machine, Nebula, and Rocket added to the lineup, with rumors of Valkyrie showing up too. We heard rumors of some sort of theoretical time travel plot that was never confirmed nor denied. Some went as far as to speculate that the majority of footage from the trailer was actually a red herring and wouldn’t use almost any of the trailer footage. 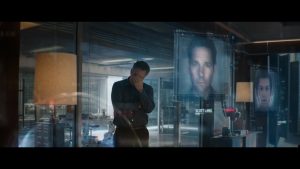 Unfortunately, this damages to the degree that I can meaningfully discuss the film’s story/implications/themes work without violating the massive social faux pas that has accumulated around first weekend reviews of event movies like this. As such, I’m going to forgo the pleasantries of avoiding plot descriptions at this point in time. At the time of publication, we’re currently in the murky period between release date and the period where people are allowed to openly spoil the movie’s plot. As such, I’m not going to reveal key plot details but I do wish to talk about the structure/plot of the film without revealing key details.

The story proper of Avengers: Endgame picks up five years after the events of Thano’s snap. The Earth is borderline in a post-apocalyptic state with most public spaces empty, most homes overrun with foliage and most people having moved on after memorializing the dead. When Ant-Man, long presumed dead, shows up at the front gates of the Avengers headquarters one day, he proposes a plan that could potentially revive the people who vanished during the snap. With this plan underway, the surviving members of the Avengers and Guardians of the Galaxy must put aside their differences for a mission across time and space to borrow the Infinity Stones and build a new Infinity Gauntlet.

Avengers: Endgame is a beautiful mess of a movie. It’s an enormous, ambitious, and exhaustive labor of love that mostly falls flat but coalesces at multiple points into moments of pure Superhero bliss. I’m not kidding when I say that this movie comes with some of the best moments any of the characters in the film have ever had. Steve Rogers alone gets three of his most enthralling and emotional moments in the entire MCU. In a lot of ways, the movie is the Return of the Jedi of the Marvel Cinematic Universe. It’s a big splash of ideas, character moments, and fan service that doesn’t quite fit together as a whole but is enthralling and surprising enough that it’s going to make a lot of people happy.

The problem is fundamentally a structural/storytelling issue. Storytelling is ultimately driven by character choices and there just aren’t a lot of moments for the first two-thirds of the story where characters are making affirmative choices. They spend the first act reeling from the loss of the last movie, begrudgingly agree to work together to come up with a solution, and go about it. Character drama built over the previous films like Roger’s and Stark’s deep ideological disagreement in Civil War is mostly smoothed over with mere nods to the previous films. One character death at the mid-point mostly falls flat. One character has an entire psychological breakdown between films that is implied to have completely changed his outlook is barely acknowledged outside of two scenes and doesn’t pay off.

One of the weirder things about the movie is that most of the actual character growth that they go through happens offscreen during the five-year time jump. Tony, Thor, Banner, and the others all have massive life events happen between the movies and it’s mentioned in passing and doesn’t affect the choices they do make in the main story. What is supposed to be the movie’s most emotionally devastating scenes are mere brief moments of character interaction during the time travel segments that just serve to offer a quick sweet moment before the story continues. There’s an entire detour in the film that was clearly done just to make two of these moments happen.

This would all be excellent if it were informing the growth of the characters but it really doesn’t. Most of the characters’ choices in the latter hour of the film aren’t informed by the lessons they learned on their mission or the previous films. As a result, most of the runtime feels quite formless and inconsequential. In terms of drama, there’s also a very clear lack of stakes for the majority of the runtime. It’s not actually clear what the obvious cost of failure for these characters failing their mission is beyond the momentary loss of one of the characters. You might think that makes the stakes very personal but really that’s not how it turns out. When things come into focus in the final hour of the film, the movie rapidly becomes one of the largest, most enthralling and over the top set-pieces in the history of action cinema. As awesome as that is, it really doesn’t fix the preceding two hours that are built on somber grumbling.

The weirdest thing about Avengers: Endgame to me ended up being how ultimately overblown a lot of the proclaimed expectations for the film ended up being executed. I’d heard the film was significantly darker than its predecessor but outside of a few instances that’s not really the case. The number of main characters who die is actually quite minimal despite the expectation that most of the characters were on the chopping block. As a result, it doesn’t quite pair as an exact continuation of Avengers: Infinity War. This is clearly supposed to be the continuation of that plot but tonally and storywise that doesn’t really end up being the case.

I don’t mean to sound overly negative in this review. As with Return of the Jedi, the parts that don’t work will largely be overlooked by the parts that do. People are going to love this movie because it’s funny, surprising, and heartfelt. The Russo Brothers clearly worked their tails off to make this the largest, most satisfying movie humanly possible and mostly succeeded. The ending really does end up being the most enthralling aspect of the film. For me personally, the most exciting part was the final ten minutes. While there’s no post-credits scene, the film’s ending hints at some very interesting ideas for the direction of Marvel Cinematic Universe.

I know for a number of people, Avengers: Endgame represents the jumping off point for the MCU as a whole. A TON of people are tired of this entire enterprise and the thought of MORE of these movies is exhausting. As it stands, we’re expecting Spiderman: Far from Home, Guardians of the Galaxy 3, Black Panther 2, The Eternals, Black Widow, Captain Marvel 2, Doctor Strange 2, X-Men, Fantastic Four, and Deadpool as well as several TV shows for Disney+. Heck, I wouldn’t be surprised if Avengers vs. X-Men or Avengers: Secret Wars got announced in the near future too. For those two want to get off the Marvel train, I understand. That said, for those who want to stay on, the most exciting thing about the movie for me was how it shuffled the universe in unexpected ways, paid off decade-old story arcs, and promised new stories with new ideas. In that, Avengers: Endgame is a solid place to close this chapter of eleven years of Marvel movies.

The old MCU is dead, long live the new MCU! 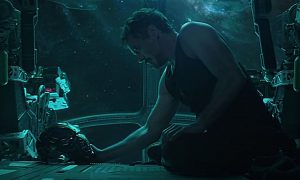 Avengers: Endgame is the epic finale to this chapter of the Marvel Cinematic Universe. It'll likely go down in history as one of the messiest films in the MCU but it'll also be remembered as the movie that fondly closed the book on several of pop culture's most beloved characters.