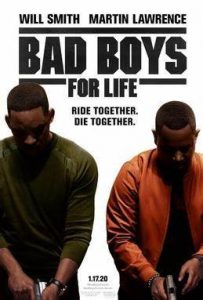 What is a sequel to a series that forgoes the only thing that made them interesting and yet tries to tell a more mature story unsuccessfully? The “long awaited” sequel to Michael Bay’s Bad Boys films has finally arrived as a mid-budget January action movie. Will Smith and Martin Lawrence reprise their career defining roles as a pair of ultra-violent cops who must protect Miami from criminals. More than sixteen years after the last entry, what does this new entry in the series have to offer action movie fans? 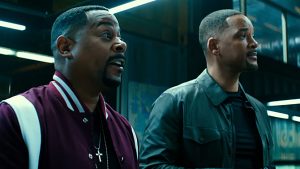 The Bad Boys movies are an anachronism. They’re born of the 1990s surge of the buddy-cop genre best exemplified by films like Lethal Weapon. They’re very different movies though. The first film was Michael Bay’s feature directorial debut. It shows. It’s a garish, puke-tinged action film swimming with bravado and homoeroticism. Its sequel, released a full eight years later, is somehow even more Bay-ish. The movie STARTS with two black cops shooting up a KKK rally (Michael Shannon gets an early career cameo) and ends with an illegal incursion into Cuba, wherein they proceed to presumably kill dozens of civilians before hunting down the Haitian and Cuban drug dealers they’ve been tracking. The movie is pushing the edges of crassness and bad taste to degrees that would make the Cannon Film Group producers blush.

Ultimately though, crassness is the most interesting thing about these movies. Watching Bad Boys 2 is like watching one of those 1980s action movies directed by an absolute sociopath with no regard for human dignity. Here’s it’s blown up to blockbuster proportions. You won’t see another big budget action film in which one of the set pieces involves corpses being launched from the back of a truck during a car chase like projectiles as though it weren’t a big deal. They’re not bleak films though. They’re merely irreverent. They just don’t care about anything so complicated as humans.

This makes the third film in the franchise Bad Boys for Life feel weirdly out of place within its own franchise. In theory, the film is about two older police officers coming to terms with their age and responsibilities. The movie never really addresses just HOW insane their previous actions in the other two films were. It would be incumbent of the film to start out on a completely morally abhorrent set piece to establish why these two men need to grow up if that’s the story they want to tell.

Since Michael Bay was busy directing his Netflix film 6 Underground, the directing duties were handed over to the new-coming team of Adil El Arbi and Bilall Fallah, who are also currently lined up to direct Beverly Hills Cop 4. While the film maintains its superficial similarity to the previous two films in tone and characterization, the difference is rather striking. Sadly, these directors aren’t Michael Bay. Instead of a well-made and morally offensive movie we have a mostly lukewarm and run-of-the-mill actioner. 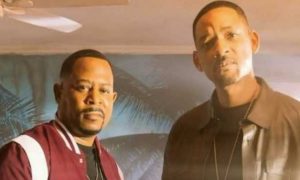 That doesn’t mean that Bad Boys for Life is bad. For an action movie being dropped in January, this ends up being a surprisingly effective film in the heat of the moment. The story follows Mike Lowry and Marcus Burnett, now reaching the point in life where they need to consider retirement. When Mike is nearly killed by a hitman with ties to his past, he goes on a vigilante journey to find the person hunting him whilst Marcus reluctantly tags along. In contrast to our two violent protagonists, the plot tries to give the old-school bad cops a group of hip millennial police detectives as partners for them to bounce off of narratively. Additionally, Marcus has undergone something of a religious experience in the time following Mike’s assassination attempt and now doesn’t want to use violence to stop bad guys despite it being their brand.

Will Smith and Martin Lawrence both show up to play and embody everything about the film that works. Consider Smith’s late career trajectory of films like After Earth, Suicide Squad, Bright, Aladdin and Gemini Man, this film represents his best work in the past decade (I will also hear arguments for Men in Black 3). Smith ends up being the driving force of the movie as the character with the most conflicted motivations and plot reveals. We end up getting to learn more about his history in the second act which comes with a major plot twist about him that reframes the narrative thus far.

It ends up being a much more downbeat and seriously minded story than we’ve seen in this franchise up until now. Sadly it doesn’t necessarily hold up. The movie’s best moments are usually just the times when it’s letting its two leads talk and hangout. Sadly there’s a lot of plot that’s not well setup. The action scenes are mostly dull CGI shootouts outside of some admittedly cool car chases in the first two acts. This is all to be expected for a mid-budget action movie released in January though.

Bad Boys for Life may work for you if you go into it with the right expectations. It’s a disposable action-comedy that plays well to an audience in spite of its relative laziness. It does have its moments though. If you’re looking for counter programming in the lead up to the Oscars and want to see a cheap action movie, you may have more fun watching this than going to rewatch Star Wars again. That said, you could also watch 6 Underground on Netflix and get the same shot of nihilistic action schlock at home. 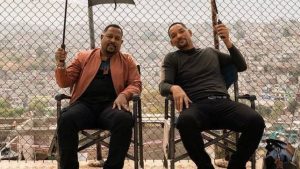 Bad Boys for Life probably doesn't need to be a major revival in the way returning actors from a major franchise otherwise would be. It's a modest action movie with some fun crowd pleasing moments. That said, it's imminently forgetable and doesn't leave any sort of impression.