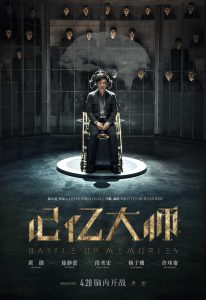 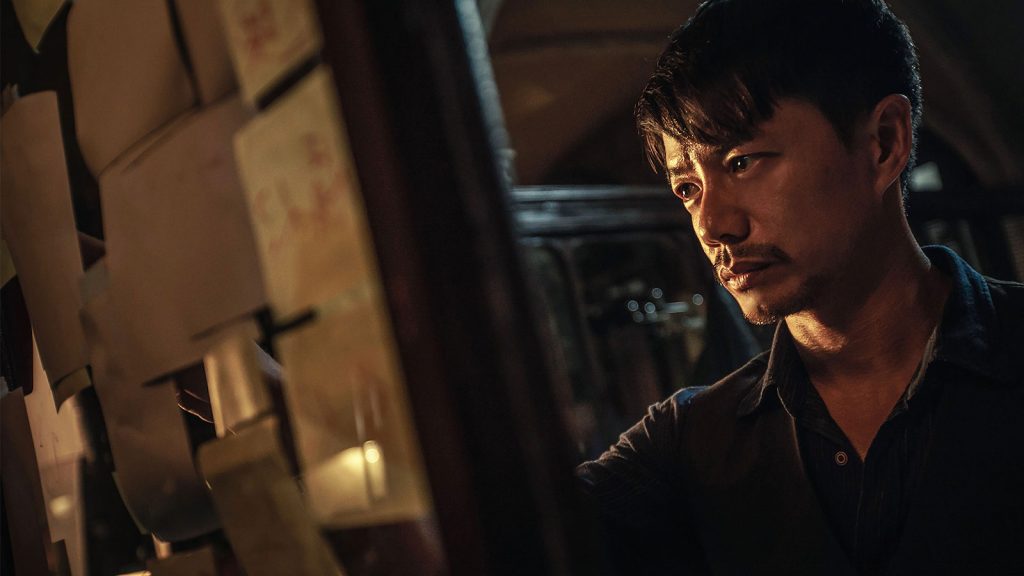 Taiwanese director, Leste Chen, is no stranger to the darker, more fanciful stories that cinema has to offer. His 2014 film, The Great Hypnotist was a psychological thriller, peering into the mystery concerning a psych patient’s mind, with many critics comparing Chen’s story to The Sixth Sense. Chen followed up with a comedy in 2015, 20 Once Again, though it still dealt with the weird and wonderful, with the plot centered around the Freaky Friday idea of body-swapping.

For his latest film, Chen has returned to the mystery thriller genre, though he still doesn’t stray far from fanciful story subjects. Instead of swapping bodies, he explores the conundrums concerning the trading of memories. According to an interview with ChinaDaily, Battle of Memories has been his brain-child for the past two years, citing inspiration from recent Hollywood films that have dealt with the topic of memory manipulation. Leste Chen has described his desire to explore the concept of freedom within the confines of the human mind, causing many critics to eagerly await Battle of Memories, having high hopes that it will be Eastern cinema’s response to Inception. Filmed in Bangkok, Battle of Memories stars one of China’s most famous actors, Huang Bo, who claims this has been one of his most difficult roles to date, thanks to the subject matter revolving around memories and not so much the external world.

With big dreams, a star-studded cast, and high expectations to fill, will Leste Chen be able to pull it off? Will Battle of Memories be remembered as the next Inception? 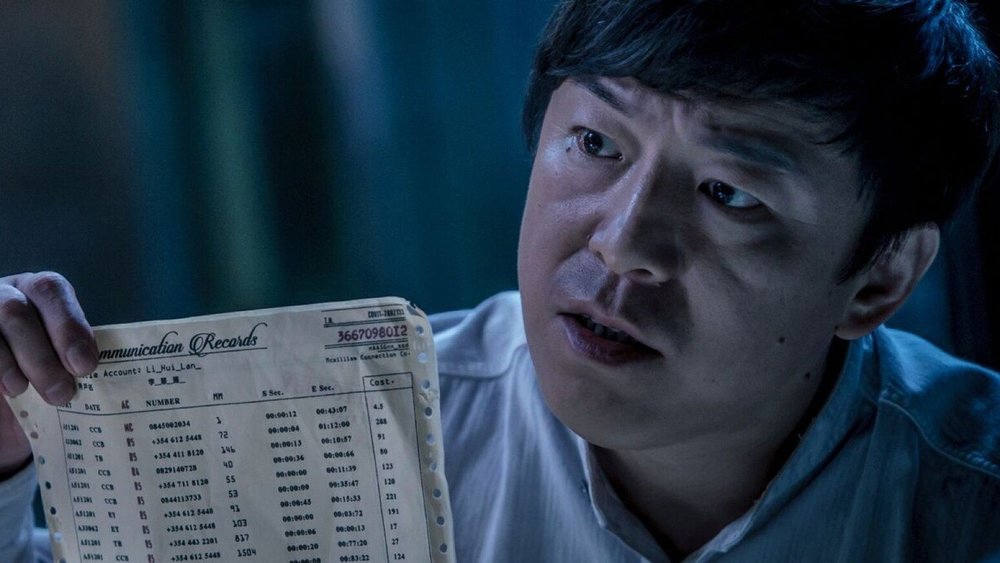 Violence/Scary Images: While it appears that Battle of Memories has not been submitted for rating, if you wish to undertake some personal research, then it was rated PG-13 in Singapore, MA15+ in Australia, and 14A in Canada. If you are familiar with those rating systems, then that should give you more of an idea as to the level of violence in this film. This is by no means a kids film, and is very much for adults. The majority of the plot centers around the actions of a murderer.

Assault happens frequently. Drowning, strangulation, drugging, stabbing, bludgeoning, and shootings all occur. At one stage a character swallows a razor blade. There is also a double suicide. Dead bodies are shown, sometimes within a pool of blood or dripping blood. There is a great deal of domestic violence, particularly violence towards women, though it is never condoned. The violence suits the context of the film. It is never gratuitous and cannot be described as particularly gory. The vast majority of the violence occurs in memory sequences, which are filmed in black and white.

Language/Crude Humor: The characters can be demeaning to each other, yet no swear words are uttered.

Sexual Content: No sex scenes. A character sits unclothed in a bathtub, though there’s no nudity (basically what you see in the trailer is the extent of what you get). There’s a hint of a homosexual relationship.

Drug/Alcohol Reference: Alcoholism is depicted. Tablets and needles are taken, though they aren’t illegal substances.

Other Negative Content: As mentioned previously, Battle of Memories focuses heavily on domestic violence and abuse within relationships. Violent crimes are committed in order for the protagonist to achieve his goals.

Positive Content: The fact that it does focus on abusive relationships… Okay, hear me out! At its core, Battle of Memories features two contrasting relationships. One of them is taken for granted, that is, until the problems are perceived as insignificant compared to the truly dysfunctional relationship. It’s the old concept of the light not being appreciated until one spends time in the darkness. So in order for love to form, true ugliness needed to rear its, well, ugly head.

I can’t say much more without straying into spoiler territory. But it’s important to note that while Battle of Memories features violence, it never condones those actions. The movie reflects the idea that even though a person can completely disagree on another’s choices, a basic level of respect can still develop provided that one is willing to see things from their perspective. Understanding how another feels is a large theme within Battle of Memories. 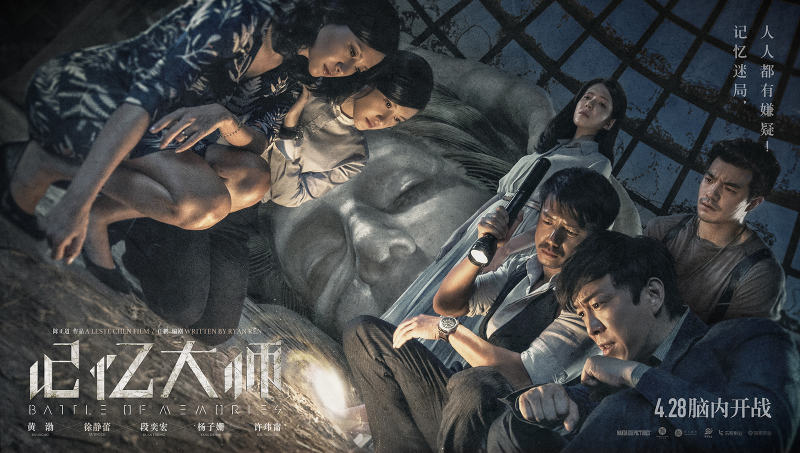 Let’s clear something up first, because I know that some people won’t watch this film based on this single aspect alone. In case you haven’t picked it up, yes, this is a foreign film. Every character speaks Mandarin. If you don’t understand the language, then you will most likely be viewing Battle of Memories with subtitles. So let’s just get right down to it: if reading while watching a movie is not your thing, then this may not be a pleasurable viewing experience for you!

But is the battle against the language barrier worth it? Is Battle of Memories the world’s next Inception? In short, no. Though it was never a fair comparison from the start. Inception deals with dreams–constructs that are untamed with a hint of danger–while this film deals with memories, which in this story’s world are rigid and not malleable. So the type of excitement experienced in Inception could never be properly replicated in Battle of Memories, as the internal environments are too different.

For the most part, Leste Chen does well in depicting the challenging topic of the human mind. It’s a wonderful concept riddled with numerous, fun rabbit holes in which to travel. The film intriguingly touches on the idea of memories, or rather past events, impacting on our current behavior. Though it’s not a strong aspect of the story, it timidly explores the importance of memory in regards to our identity, along with stepping into the different reasons as to why one may utilize a memory-wiping technology.

Disappointingly, the screenplay doesn’t delve too deeply into the thematically rich rabbit warren that is the topic of memory manipulation, with the story predominantly sticking to its mystery crime genre, ‘whodunnit’ formula. In many ways it’s easy to see what themes Leste Chen wished to explore, and while he does visit them, it feels ultimately unsatisfying. He doesn’t hit that home run. Rather he takes an impressive swing, hits the ball nicely, takes his time running to first, builds more momentum moving to second, then with all the excitement in the world, spectacularly trips over the third base and is called out, though there is an applause from the crowd because hey, it was a jolly good effort regardless!

This is essentially Battle of Memories‘ 3-Act structure. It is an unbalanced film suffering from some pacing issues. It’s bottom heavy. There are details revealed in the tail end of the story that may have been more effective if they were shared sooner. Along with this, the premise concerning the wiping, storing, and restoration of memories–while explained–is only spoken of once, feeling glossed over, which is a shame as it may have provided more clues as to various character motivations. 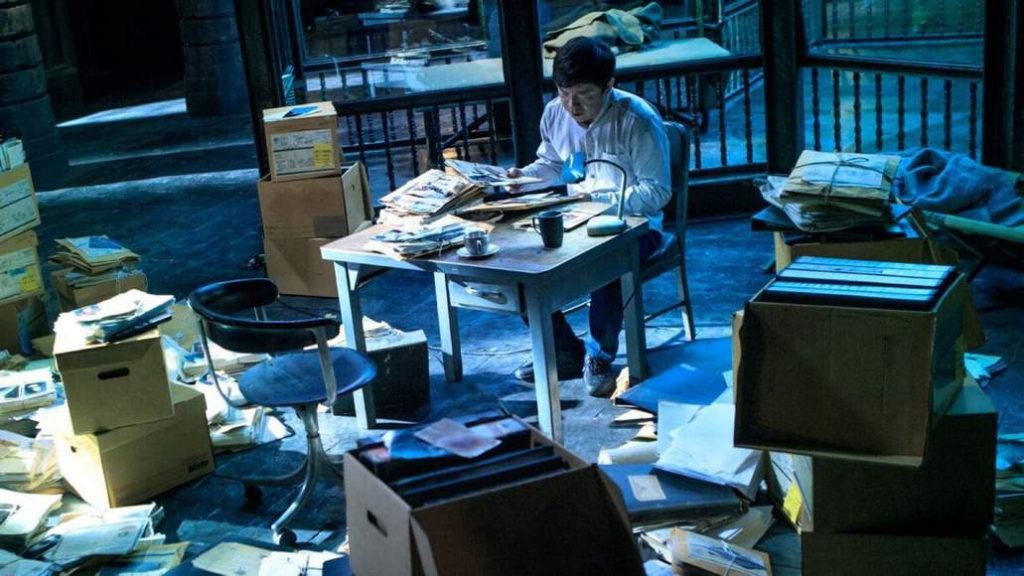 As the film currently stands, there might be a plot hole in that department. One of the bigger problems however is the lack of personal investment for the protagonist. The script includes a time-limiting factor (most do) however it’s rarely mentioned, and so it takes a while for the main character to grasp the stakes involved, and to therefore push the story along. The story does get stuck in a rut for a good portion of the first half, falling into a ‘recover memories then report them to someone else’ type of pattern.

Then, like my overdrawn baseball analogy suggests, the film does find its stride. The stakes are raised, the cinematography is wonderfully quirky, and the mystery unfolds, interjected with nicely gelled moments of comedy to lighten the deliciously dark mood. The story then banks for the final turn, aiming for that home run, but falters on the final plot twist. It’s not horrible–it’s certainly no The Happening (thank goodness!), but sadly it doesn’t deliver. Like Now You See Me, mouths will lay agape while watching the screen, not because the twist is jaw-dropping, rather the conclusion feels rather left-of-field, leaving the audience confused as to whether it all legitimately makes sense. I’m still not sure it does.

Yet Battle of Memories is entertaining enough for a second viewing. Yes, the story has a number of flaws, but it’s an enjoyable romp nonetheless, and Leste Chen must be commended for attempting something different. You can tell he is genuinely enjoying himself while creating this film. His camera work is masterful and playful in some shots. The actors also deliver strong performances, though like most films, the older actors fair better than the younger, less experienced members of the cast. Huang Bo, playing lead character, Jiang Feng, wholly satisfies a wonderfully nuanced role, conveying the impact of the unwanted memories with subtle shifts in his demeanor. Some character progressions feel unfounded, though that’s more of a consequence of improper pacing as opposed to the acting.

The setting is also nice. While the story is set in the future, Leste Chen hasn’t gone overboard with new technology. It looks similar to our time, with just a few additions. It’s suitable for it all to take a back seat, considering the futuristic elements are merely a contrivance to explain why memory wiping technology exists in the first place. It’s genuinely refreshing to see a future-based film not completely dripping with CGI.

Battle of Memories may have its flaws, but it’s a solid film that’s worth a look. If you’re into films like Minority Report or Total Recall, or crime stories that have a bit of creative flair, then definitely give Battle of Memories a go. It was nice to watch it at the cinemas on the silver screen, though waiting for it to be released on DVD or TV won’t necessarily impede the film’s immersive impact. There’s nothing after the credits.

Despite its flaws, Battle of Memories is still an entertaining piece of cinema. While it may not be entirely cohesive and live up to expectations, overall Leste Chen does well in depicting a difficult subject matter and crafting it into a visually-pleasing and captivating story.