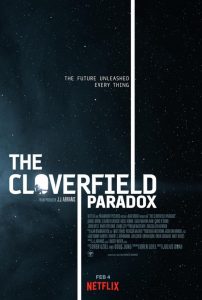 In what will likely go down as one of the most unique marketing ploys in cinematic history, Netflix released the highly-anticipated third film in the Cloverfield franchise last Sunday at the end of the Super Bowl with only hours of notice. This highly unique and unorthodox method of releasing surprised audiences and caused a rather shocking reaction as thousands of people were now suddenly rushing to catch the newly released film. Unfortunately, while the film keeps up its franchise’s tradition of experimenting with film marketing, The Cloverfield Paradox doesn’t quite hold up as a science fiction film.

Violence/Scary Images: Several instances of extremely violent deaths including losing limbs, having a body pierced by wires, and freezing to death.

Other Negative Themes: Characters fight each other as tensions rise on earth due to an energy shortage.

There’s a case to be made that the Cloverfield franchise is the most interesting piece of modern franchise mentality serial fiction. Note I chose my words carefully there. Of the three films in this franchise, the only one of them that raises above merely average is 10 Cloverfield Lane (Our Review!). That film by itself is nearly perfect and single-handedly jumpstarted this entire franchise with an energetic second life and a vibrant cult following itching for more.

Beyond that film alone’s success the franchise is a largely forgettable lot of films with some interesting high points. If nothing else, what makes it so interesting is just how unique the films are approaching the marketing behind modern films. In the age of instant streaming and blockbuster hype, it’s so wonderful seeing a major movie franchise doing something completely unique with how it’s distributing its films. The only really bizarre thing about it is just that this is popping up on a fourth tier Bad Robot franchise (behind Star Wars, Star Trek, and Mission Impossible).

With this and many other franchises, the infamous J.J. Abrams mystery box is very much in full effect. Abrams likes to sell the experience of seeing a film for the first time as something of a mystery. With his movies, the entirety of a film’s production and marketing campaign for the films ends up getting warped around this singular idea. He always structures his films in such a way that there is some major aspect of mystery waiting in the wings that would, in theory, make the audience wanna seek them out. We see this among the likes of Super 8, Cloverfield, Star Trek: Into Darkness and The Force Awakens (Our Review!). The trailers don’t tell you what the answer to those film’s mysteries is but it’s trying to evoke an audience’s desire to find out what the answer is.

What ends up happening is that this ultimately undermine’s the film’s storytelling in some fundamental way. His films are almost always well-shot, hyper-kinetic, and exciting but once the buzz of seeing the film viscerally is gone there usually isn’t enough there to keep the films in your head. In regards to the Cloverfield franchise, this means that the bigger questions of what is actually happening in the story’s timeline are a constantly awaiting question floating around in the background while the plot continues in front of you. This is a huge shame as Abrams has booked a number of incredibly talented young directors to helm the individual films. As a result, the strength of their storytelling ends up being only really observable upon second viewing when you aren’t sitting around waiting for answers to what the story is there to answer.

Ultimately, though, this is why I find the franchise so interesting. There’s amazing young talent being poured into these movies. I love the fact that every film in the franchise takes place in a different time period allowing for a slow drip of data and world building to grow in the peripherals while you get invested in the A-plot. It’s rare to see franchise movies nowadays with ends. Having a franchise this segmented and individuated is kind of wonderful.

In addition, the unique marketing gimmicks the franchise has been pulling are rather fascinating. 10 Cloverfield Lane was released merely a month after being announced which at the time was unprecedented and bizarre. Now in what is easily one of the weirdest turnarounds in cinematic history, The Cloverfield Paradox was announced and released the night of the Super Bowl on Netflix of all places. In the age of short attention spans and social media, this film is destined to go down as one of the most unique experiments in film advertising ever.

All that said, it’s rather sad that The Cloverfield Paradox is merely interesting and not as good as its predecessors. The film is supposedly being sold as a unifying chapter for the current films up until this point but beyond one or two plot points I really don’t see that. For the most part, it’s a largely disposable sci-fi B-movie. What’s worse is that for a film franchise that’s all about subtle peripheral world building it muddies the waters significantly and doesn’t use its unique perspective of sci-fi monster movies to say anything interesting about these characters.

Recently, I described the appeal of the Cloverfield franchise to a friend of mine as a series of films about what it’s like to be a nobody in the midst of an old fashion monster film. “What’s it like to be in a Godzilla film if you’re just some guy from Iowa in the middle of nowhere when everything is happening?” The three stories thus far are mostly on the ground (metaphorically speaking) points of view of a series of events including kaiju attacks and an alien invasion on the planet. In 10 Cloverfield Lane, the film brilliantly uses that bizarre world to express an interesting an unique story. Michelle’s story in that movie is ultimately about her learning to work through and face her problems head-on instead of running away from them. It takes the moral consequences of such very seriously and gives the Cloverfield world building details in the edges of the story around them.

Sadly The Cloverfield Paradox doesn’t do either of those things well. It’s an individual story about a group of scientists aboard an inter-dimensionally traveling space station that doesn’t work on its own terms. In a story with such huge ideas as moving on from past trauma to sociopolitical unity, it’s a sin that the movie doesn’t structure it’s plot/drama/scenario/world building in such a way as to reflect the struggle of the main characters. This is what every great science fiction/fantasy film does and what makes this genre unique and that’s just absent here. If it weren’t backward enough as it is, the story seems to ultimately punish its main characters for making the right choices by the end of the film and punishes its characters throughout for no real reason.

The best I can say for The Cloverfield Paradox is that I immediately wanted to watch it again just so I could understand it fully. There is some good acting on the margins but the script doesn’t work and the production design barely looks better than any made for TV film. It’s worth watching for the curiosity of its abrupt marketing and release but beyond that, it really isn’t special.

As a bit of a side note, there’s a good chance that Bad Robot is going to pull a fast one on us and release a fourth Cloverfield film later this year in October. The Cloverfield Paradox was originally shot and hidden from public view under the pseudo-name The God Particle. Now they’re doing the same thing with a very vague-sounding super national war movie called Overlord, in reference to the invasion of Nazi-occupied France in World War II, later this year (my money is on the film being titled CloverLord). 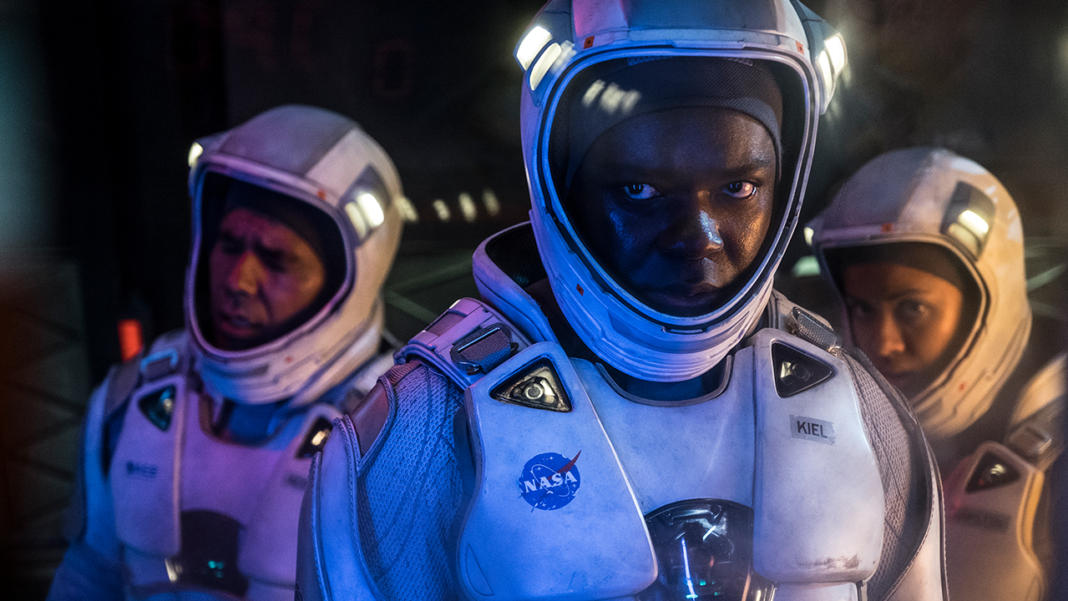 The Cloverfield Paradox is a wonderful experiment in marketing but it's very hard not to assume that Paramount didn't just dump this film on Netflix to make up its money. It's a poor follow up to 10 Cloverfield Lane and a poor sign for where this franchise is going.