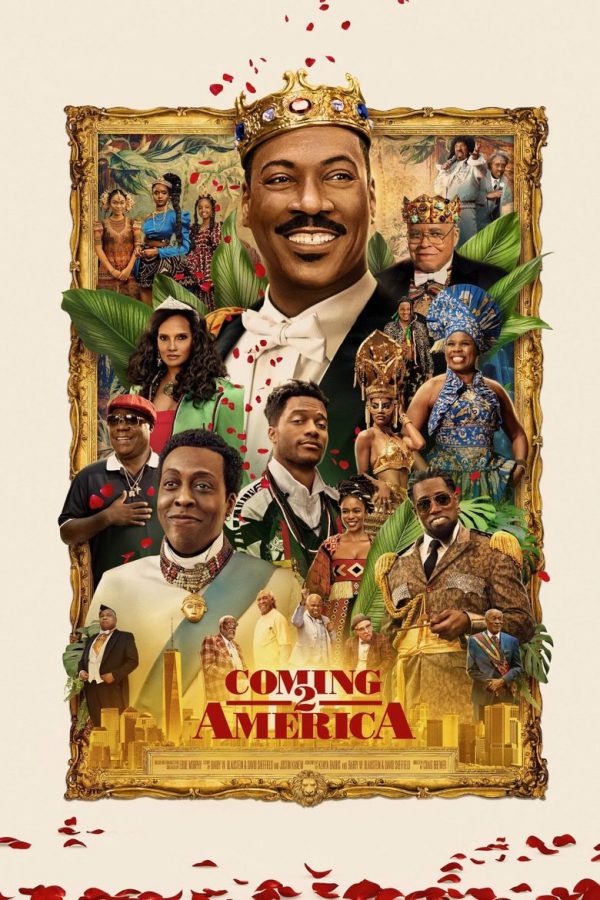 One of my first memories of Eddie Murphy is the movie Beverly Hills Cop 3. As kids (maybe middle school), my brothers and I watched it while our very conservative mother hovered nearby. She wasn’t watching the movie, but you could tell she was paying just enough attention to vet it. Needless to say, she was floored by the language.

As kids, we didn’t really think about language. We heard it in school, on the bus. We knew enough not to repeat certain things – we watched A Christmas Story on TBS every Christmas Eve. But Eddie Murphy – according to mom – was excessive. The movie was shut off instantly, we were told to go play outside, and we began to pay attention to and notice other movies that mom also had problems with – even if she didn’t know it yet. Many of these from the 80’s & early 90’s had a similar pedigree. Classic other Eddie Murphy-starring vehicles like Beverly Hills Cop 1 & 2, 48 Hours, The Golden Child, Boomerang, Trading Places, etc. Every movie he put out in that era was a little bit gratuitous.

Then something happened in the mid to late 90’s. Maybe he had children? Maybe he found bigger fame with softer films? Either way, there he was in movies like Daddy Day Care, Dr. Doolittle, The Nutty Professor, as well as animated films like Mulan and Shrek. Movies you may find in the Family section at Blockbuster (because back then, Blockbuster was still a thing).

Sure, Murphy had some weird adult-oriented projects interspersed, but there really does seem to be a divide in his career. I mean…Norbit?

What makes Coming 2 America so interesting of a movie, is that it’s a sequel set in the later half of Murphy’s career to a film that was released in the first half. The first Coming to America was an iconic classic, but it was also rated R for language, nudity, and sexual content. With the sequel being much tamer, losing the nudity and much of the language and toning down the innuendo, the movie adopts a PG-13 banner. The main reason I call it interesting is that it’s a stronger movie for doing so.

Violence/Scary Images: Short fight, no blood. Nothing excessive and no scares.
Language/Crude Humor: Strong language throughout, but f-words are kept to a minimum.
Drug/Alcohol References: Social drinking is celebrated; the queen gets drunk at a party (played for laughs). Implied use of a date-rape drug.
Sexual Content: Frequent crude sexual humor with references to sex and sexual acts. No nudity this time around; content is toned down compared to original.
Spiritual Content: The preacher character is an off-color joke; nothing redeeming.
Positive Content: It’s a rare thing to see a healthy marriage portrayed along with a man’s undying love for his daughters. Akeem is generally a good-hearted man and king who strives to do the right thing.

Admittedly, the original Coming to America was not a movie I had seen in its entirety while growing up. Sure, I’d caught bits and pieces of it on cable, but I wouldn’t have considered myself a fan. So to maximize the hype, I watched the original about a week before seeing the sequel. And I’m glad I did.

There’s a reason Eddie Murphy has had a long and storied career. He’s a master entertainer and a great comedian. Long before The Nutty Professor and the Klump family, Murphy dazzled audiences with the multitude of strange and exotic characters that he could play.

So much of the comedy in this film harkens back to its predecessor. In fact, that’s where much of the movie’s charm and entertainment comes from. Characters that were first introduced 30+ years ago (some of them to the suspension of disbelief on the part of the audience) all cameo here. And none of them have changed much. It’s the blessing and curse of a sequel: following the formula set forth by the first movie in order to recapture the magic (and payday) a second time.

The original follows Prince Akeem of Zamunda traveling from his fictional African nation to America in order to find a bride and marry for love, rather than having a betrothed bride chosen for him. Coming 2 America follows Akeem, now King of Zamunda and married with children, ruling the nation to peace and prosperity. But when he discovers a law that states the throne must pass to a male heir (surprise, surprise) and he has only daughters, he mounts a new journey (much shorter this time) to America to find his illegitimate said son and bring him back to unite the kingdom through marriage.

The fish-out-of-water tale still works here, just in reverse. The American son is brought to Africa, and rather than accept the betrothal marriage, he too seeks a bride for love. His family comes along and hijinks ensue.

Of course, the movie doesn’t lean wholly on its foundation to get laughs and to work. Without the original to stand on, the movie still works on its own, simply for being a fun, father/son tale that doesn’t take itself too seriously. In this way, tonally, it feels like an 80s movie, but it carries with it a modern sensibility and new characters. Leslie Jones of SNL fame plays the King’s “baby mama” and entertains in the way Jones always does…a little loud, a little crass, but ultimately earning some laughs. The same can be said of her on-screen brother, played by Tracy Morgan. But they aren’t the only ones new to the fictional African nation. The sequel also gives us Wesley Snipes as a high-ranking Zamundan general with surprising ties to a character from the original film. It’s nice to see Snipes back in a comedic role, after he spent so many years playing an action hero and vampire slayer.  What am I saying, he’s been absent from film for so long it’s nice just to have Snipes back at all.

While there is plenty here to smile at and enjoy – not to mention a subplot focusing on empowering Akeem’s princess daughters – there still needs to come a word of warning. It wouldn’t be a Hollywood love story without taking the sex talk too far. Yes, it is toned down from the original, but it’s still not meant for young children. Many of the jokes should go over the heads of most kids, but they do tend to repeat silly phrases. The last thing you want is little Johnny tromping through the Kindergarten playground announcing that “The royal privates are clean.” And if that’s the only line that gets misquoted, you’d actually be doing quite well.

I find that many Christians I talk film to have an easy enough time compartmentalizing the garbage that bombards us constantly (and we could write many additional articles on whether or not that’s a good thing), and at the end of the day, the good outweighs the bad. I think.

+ Father and son bond.
+ A king being respectful to his queen.
+ Women being empowered.

- The humor is off-color at times.
- The movie is full of sex talk and innuendos.

A return to form for Murphy, revisiting one of his most-loved movies...but toned down for a more pleasant experience.