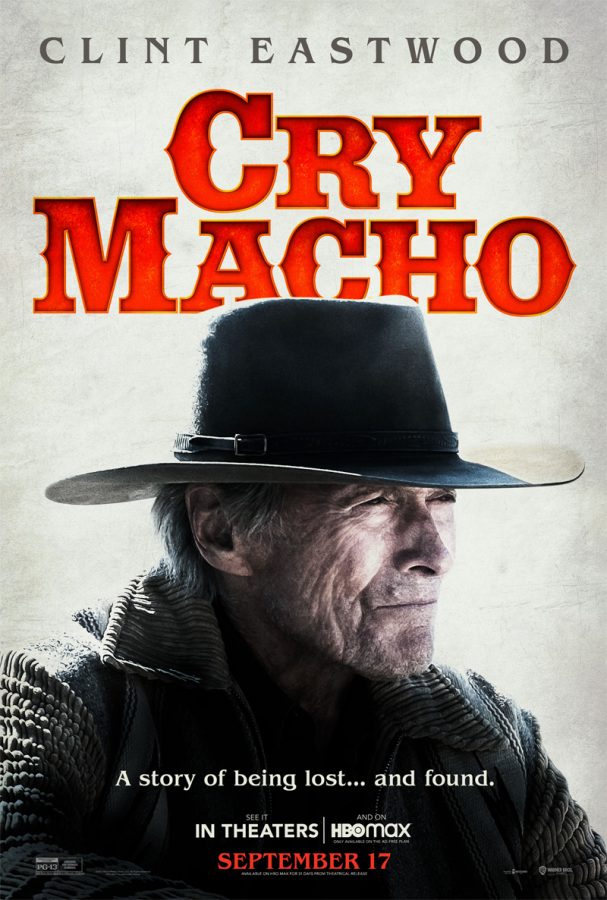 Clint Eastwood has been one of the most important actors and directors in Hollywood since the 1960s. He started acting at the height of the Hollywood studio system, helped spark the spaghetti western genre, became the 1970’s most beloved anti-hero action star, and proceeded to build a seventy-year career in filmmaking that continues well into his 90s.

In recent years, his belligerent anti-political correctness statements have somewhat alienated him from audiences. His movies have taken on a tinge of conservative politics that has made his films a kind of political statement. As such, his films have become too controversial for some to approve. His movies like The Mule and Richard Jewell almost seem to relish in their status as conservative cultural signifiers (it also hasn’t helped that his recent films like 15:17 to Paris haven’t been very good…).

With that, his newest film Cry Macho is already being born into a world where audiences think they know what to expect from Eastwood movies. Does this adaptation of the 1975 western novel of the same name transcend that expectation or indulge in it?

Violence/Scary Images: A car crash scene. Brief scenes of blood and violence; nothing graphic.
Language/Crude Humor: Some intense language including a**h***, b*****d, b***s***, s*** and such.
Drug/Alcohol References: A teenager tries to order tequila at a restaurant.
Sexual Content: No sex or nudity. A woman tries to seduce a man.
Spiritual Content: Characters are implicitly Catholic. Milo is asked if he believes in God and he is ambivalent about the question.
Other Negative Content: Themes of divorce, kidnapping, family abandonment and a scene of attempted cockfighting.
Positive Content: Themes of maturity, manhood and growth.

It’s kinda hard to talk about Clint Eastwood neutrally nowadays given his reputation. His most recent films like American Sniper, The Mule, and Richard Jewell all DEEPLY stink of partisan politics in their portrayal of contentious topics like American foreign policy, media corruption, racial prejudice, Islamic extremism, and cancel culture. What’s missing from the discussion is that Eastwood is not a clean-cut partisan in spite of his anti-PC reputation. He was one of the 1970s most infamous playboys (having fathered at least eight children with different women), one of the fiercest anti-war activists in Hollywood, and even endorsed Michael Bloomberg for president in 2020.

Eastwood is a man with layers, much like Shrek. You can see that clearly in many of his late-period films like Unforgiven and Gran Torino where he dug deep into the most famous archetypes of his career to explore the uglier sides of Harry Callahan and Blondie.

That layer of complexity is what makes a film like his most recent movie interesting. Cry Macho is based on the 1975 western novel of the same name and follows the story of Mike Milo. Mike was a rodeo star in his youth but now lives a lonely life as an old man. He’s hired by a divorced coworker to travel south of the border of Mexico and rescue his estranged son from his ex-wife. Mike discovers the boy, Rafo, and his pet rooster, Macho, in the outskirts of Mexico City and sets to introduce the boy to his father, assuming they can dodge his mother’s enforcers who are ordered to bring the boy back south. The story is very much an example of the modern surrogate father archetype that has become popularized by stories like Logan and The Last of Us. Eastwood’s Mike is given the role of serving as something of an authority figure for the lost boy and helping to bring some order to his life during the journey.

In that sense, Cry Macho is actually a surprisingly cozy and meditative work. The dramatic stakes of the film are low and most of the movie is comprised of conversations and driving sequences. There are a handful of scenes where Mike and Rafo get caught in bad circumstances that are immediately resolved. The bad guys are dangerous but they’re almost always at arm’s length from their actual goal and easily outsmarted. The film’s dramatic stakes, i.e. Rafo coming to terms with his father’s intentions and true motivations, are mostly resolved within a single scene.

It doesn’t help the story that Eastwood is probably miscast for the central role. Clint is 91 years old and he’s playing a role that seems to call for a cowboy in his twilight years, but who can still perform the role as a believably threatening individual. There’s supposed to be some exhaustion and weariness to the character of Mike Milo and yet Eastwood plays him as a geriatric and grumpy old man (very much because Eastwood is a grumpy 91-year-old man).

I realize that Cry Macho was likely a vanity project for Eastwood so it’s hard NOT to tell him he can’t feature in his own movie but there’s an irony to him doing so. One of the central themes of the film is about overcoming the “Macho” attitude. Mike spends much of the movie trying to reach Rafo, telling him he needs to put away the “macho” attitude and to understand what it means to be a mature man. It kinda undermines that point when Eastwood directs female actresses to gawk at him and gives himself scenes that show off how he can throw a punch. It’s not as embarrassing as the gross sex scene in The Mule but it is nonetheless indulgent.

In that sense, I can’t say that Cry Macho necessarily works as a good film. There’s too much flabbiness and awkward execution to say the script or performances elevate the project in any sense. It’s lacking in dramatic tension, episodic, and feels unfocused at times. As The Guardian’s Review wrote, it’s “scene after scene of nothing, not a funny line or a moving moment or an unresolved conflict, just nothing.”

Regardless, Cry Macho is another interesting film by Clint Eastwood. It’s a story comprised of moments of genuine sweetness and connection between its two lead actors. Eduardo Minett brings incredible chemistry to his scenes and manages to make his supporting role work brilliantly. There’s even a very sweet romance subplot between Eastwood and a middle-aged Mexican woman with whom he falls in love (setting aside their 40 year age difference…). There’s a surprising sensitivity on display for a film that’s otherwise very cavalier about questions of race and racism. There’s enough to this film to say it’s worth a watch if you want a low-stakes neo-western!

Cry Macho is a weaker entry in the recent filmography of Clint Eastwood. It's not terrible, but it's slow and episodic compared to some of his recent work. That said, it's interesting and engaging in a quiet way many of his fans will enjoy!