Since when the first photos of Christian Bale surfaced via Entertainment Weekly as Moses last year, I had been looking forward to Director Ridley Scott’s version of what is arguably the most memorable story in the Old Testament–the Exodus.

Moses, a prince of Egypt, comes to discover he is of Hebrew decent–the same Hebrews that are enslaved to his Egyptian family and kingdom. Upon this and the killing of Egyptian guards after witnessing their mistreatment of a Hebrew slave, Moses is exiled and dwells in Midian. There God calls upon him to rescue the his people from slavery. Moses returns to free the slaves, and you can figure out the rest of the story. It is a timeless tale that has great importance to a great many people. 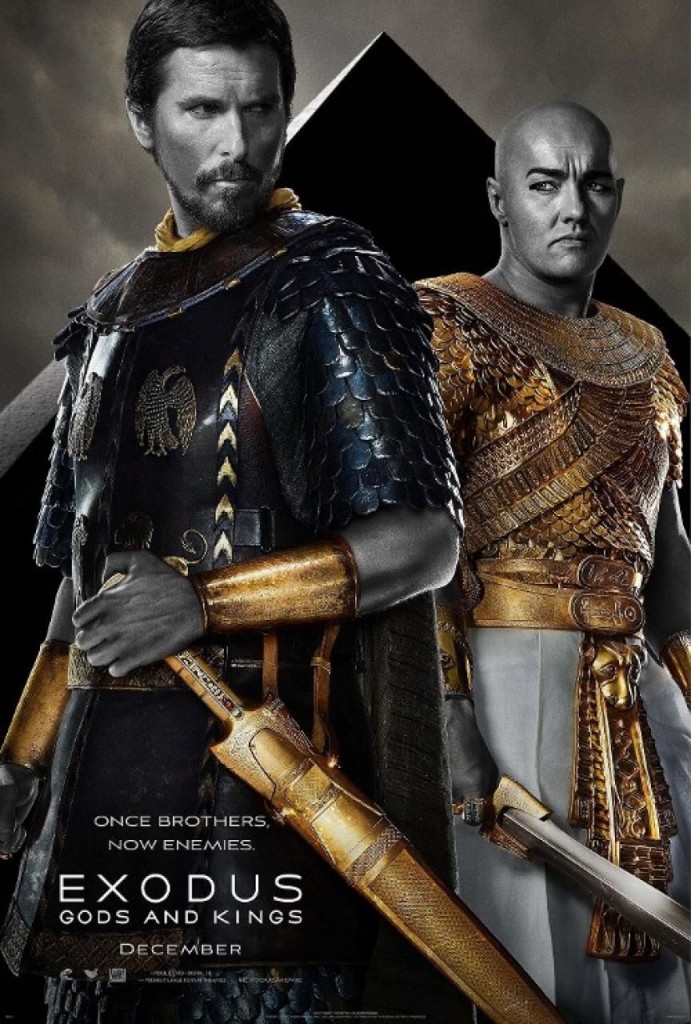 That being said, Gods and Kings strives to tell a story of similar grandeur and scale. Scott’s latest has a strong cast. Bale plays a complex Moses, one who struggles with his footing as the leader of God’s chosen people. Opposite Bale, Joel Edgerton (familiar to me via his strong performance opposite Tom Hardy in the excellent film Warrior) gives us an equally entertaining take on Ramses, Moses’ Egyptian brother who rules the slaves as a character a bit deeper than a run-of-the-mill villain. The supporting roles are all filled out quite nicely as well, although a bit strange (John Turturro?), none of their performances are weak either.

Shot on Red Epic Dragon cameras, Gods and Kings is provided some beautiful cinematography by Dariusz Wolski (Prometheus, Pirates of the Caribbean) who captures the feel of an old-school Hollywood epic a la The Ten Commandments. Filmed on location in Spain and Pinewood Studios, set design is beautiful down to the last detail, with wonderful costumes, great action scenes and plenty of sweeping camera shots that get the eyes ready for visual splendor. All of this is provided in droves thanks to plenty of practical stunt work as well as great CGI.

Wolski’s photography is equally matched by the pulsating score by Alberto Iglesias (Tinker Tailor Soldier Spy, The Constant Gardener), whose orchestration reminds me of the long-gone epics of decades past. Technically, the film is fun to watch with plenty to see, hear, and explore in the frame. Nothing short of typical for a Scott production. 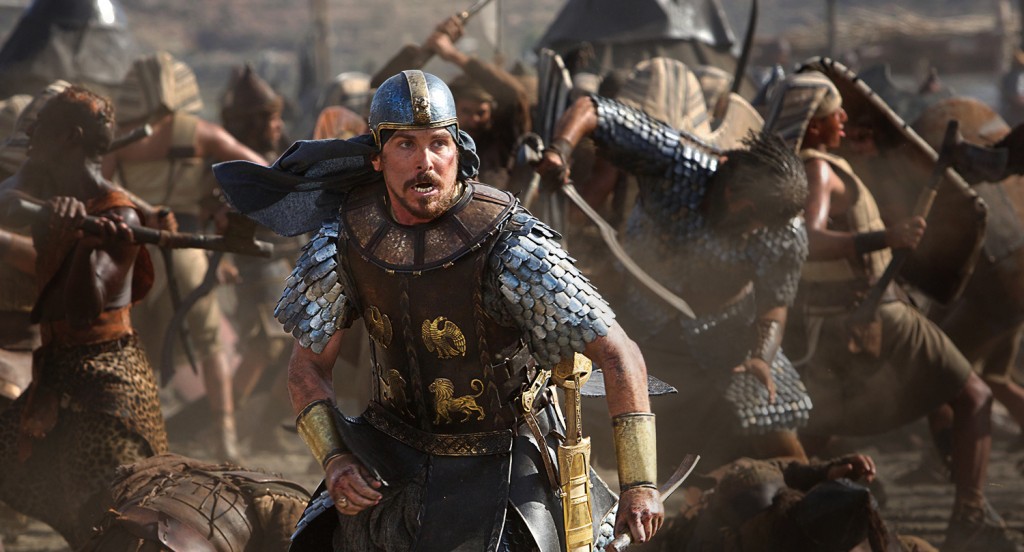 But amidst all that I enjoyed with the film, it isn’t without its faults. Typical for the director’s previous efforts, the dialogue here feels stiff at times, and oddly modern. While the cast sells the wordage in their expressions and body language, one can’t help but point out lines of dialogue that would be better suited to a discussion on CNN rather than a biblical epic. This leads to the film ultimately feeling cold, which can work (Kubrick and Nolan are proof of that), but not when the film is communicating that I should feel otherwise.

The film wants me to be emotionally invested, it wants me to lean forward and cheer when the chariots start collapsing, when the Israelites rise up. But I can’t, not when odd directorial choices of cast, dialogue, and diversions from the text get in the way, leading me to feel distracted, and at times, indifferent about Moses’ plight.

I’ll be the first to raise my hand and say that I do not mind diversions from the text in a film based on the Holy Word of God. The film itself is not the Word of God, and as such, it is ridiculous of me to hold the film to a standard that is one without error. That being said, some of Scott’s diversions from the original text aren’t bad, per se, but they don’t add anything to the narrative, or say anything particularly profound or interesting.

Whether it is Moses’ military background, the depiction of God as a young boy, or God not a bit interested in confirming to Moses that He is actually appearing to the man, Scott’s decisions leave one who is familiar with the source material asking why? Had Moses reached a point of confirmation that God was actually speaking to him, or God’s decision to appear as a young boy been paid off in some metaphor about childlike faith–something, anything–then I could go with them, for the sake of experiencing the story Scott wanted to tell. But his creative license does not payoff in the narrative, so what was the point he was trying to make?

At that moment when I was walking out of the theater into the parking lot, taking in one last time the film I had just experienced, I asked myself why I felt the way I did: indifferent. It was a good action film with great set pieces and well directed sequences. It was a decent throwback with plenty of moments that reminded me of Cecil B. DeMille’s defining (albeit four hour long) portrayal of Moses thanks to Charlton Heston.

Yet Gods and Kings had nothing to say once credits rolled. If anything its greatest accomplishment is getting the world talking about the Book of Exodus again. I left feeling the same way I did before the film, the only difference being I can now say I’ve seen Exodus: Gods and Kings.

Violence – Plenty of swordplay including some blood and stabbing. People being hanged, whipped, and beaten. The seven plagues are gruesome, as well as the multiple shots of dead children and animals.

You can Pre-order Exodus: Gods and Kings via Digital HD here:

- Cold, Modern Dialogue - Lack of Pathos overall - Artistic License has no adaptive payoff - Distant direction forces the experience to be at times dull

With the Internet reducing critic’s thoughts into mere numbers, and films into either the category of amazing or terrible, Exodus: Gods and Kings is simply okay. Scott’s vision of a battle-hardened Moses presents plenty of interesting interpretations on the Exodus story, but does nothing with them, wasting potential for what could’ve been a furiously passionate swords and sandals epic.