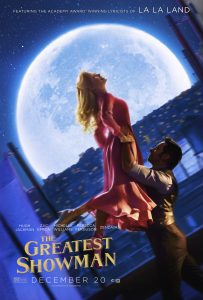 In March 2017 the Ringling Bros. & Barnum and Bailey Circus held its last performance. Though filming for The Greatest Showman started far before this event came to pass, this film is a beautiful memorial of a traveling circus that wowed audiences for over one hundred years. I have many fond memories myself of attending the greatest show on earth and being astounded by a magical world of wild beasts and performers that seemed superhuman as they blew fire and glided across the trapeze. Immediately after I saw the trailer for The Greatest Showman, I knew I would fall in love with this film about the origins of the infamous circus.

Violence/Scary Images: One character is severely burned on his hands after a fire and passes out due to smoke inhalation. An open bleeding wound on his head is shown. Some mob violence that involves punching, scratching, and kicking.

Language/Crude Humor: A pleasantly little amount of language. D*** is used three or four times in the piece “The Other Side.” Other than that I don’t recall any other cursing.

Spiritual Content: Some rioters claim that the “freaks” of the circus are an abomination to God.

Sexual Content: Some of the costumes are a bit revealing in the breast area. A woman tries to seduce a married man.

Drug/Alcohol Reference: There are three brief scenes were people imbibe, one where people are drinking socially and the other two the drinkers are trying to intoxicate themselves.

Other Negative Content: Historically P.T. Barnum is known as a shyster. He is the one who coined the phrase “There is a sucker born every minute.” Therefore Barnum is shown lying on several occasions as he exacerbates some of the “freaks'” features to make them seem more impressive and uses a stolen document for collateral to convince a bank to give him a loan.

Positive Content: There are many beautiful displays of family and acceptance. Barnum is a wonderful father and husband. Though he didn’t intend to at first, he creates a home for the array of circus performers who never had a place to belong. Near the end of the film, a harsh reviewer says to Barnum, “If I were another critic I would say your circus is a celebration of humanity.” This touched me personally. Humanity isn’t just about the people with perfect bodies and health. It’s about everyone, flaws and all. Big and small, common and unusual, all colors. We are all part of the Kingdom of God and what we look like doesn’t define how much He loves us. 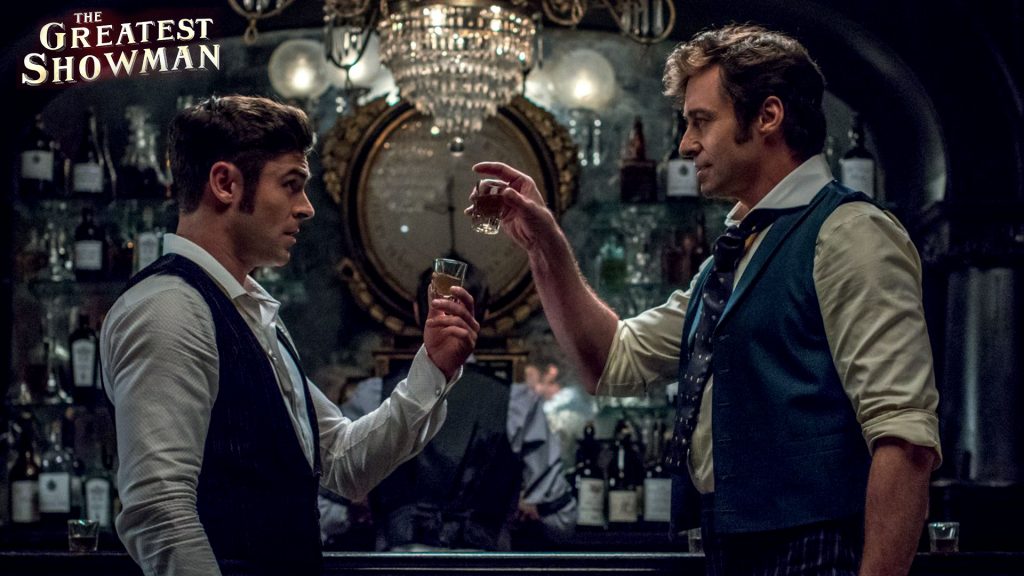 P.T. Barnum grew up as a poor tailor boy who fell in love with a rich man’s daughter. Eventually, they marry and he fosters the dream that he wants more in life than just being a grunt worker. After he’s let go from his job, he comes up with the idea to create the greatest show on earth.

The story is simple. It’s about one man’s dream to do something amazing with his life. Subplots are kept to a minimum but this allows more focus to be put on the main events. Hugh Jackman is a wonderful lead and carries the story full speed ahead. He has spot-on chemistry with his wife Charity (Michelle Williams) and his two daughters (Austyn Johnson and Cameron Seely). P.T. Barnum is a dichotomy of a man who means well but sometimes acts in his self-interest regardless of others’ feelings. Jackman does a good job of playing that role while still keeping the character likable and authentic.

Zac Efron is back on the screen in a musical. In an interview, he admitted he pointedly took a break from musicals, but he felt like this was the one he wanted to step back into the field with. He makes a wonderful performance as Carlyle and has his own subplot concerning his romance with Anne (Zendaya). His sequence with her on the trapeze floored me, especially after I found out the two of them did the majority of the stuntwork. The second brief subplot concerns Lettie Lutz or “The Bearded Lady.” She has a beautiful character arc as she learns to embrace herself as she is. I would have liked to have a bit more development with some of the other performers, but that could have weighed down the plot.

From the opening number, my mouth dropped at the phenomenal costumes and choreography. The costumes were unique and beautiful. They fit each actor and seemed to bring out their personalities. The choreography flowed like a song. It encapsulated each piece and even carried symbolic weight. My two favorite sequences were in “The Other Side” when shot glasses were used as percussion instruments and the final number when the ringmaster’s hat was passed between performers, symbolizing that the circus isn’t just one person’s.

After viewing the first trailer, I became addicted to the trailer’s track “This is Me.” As the director said, it is the film’s anthem. This is a film of hope, acceptance, and joy. I hadn’t smiled this much in a film in quite a while. By the end of the film, I was singing to all of the songs and I’ve listened to the soundtrack multiple every day since I saw it on Christmas Day. Each song has fantastic lyrics and equally fantastic singers. Each piece carries the film forward instead of stalling it to add in another number. Each piece evokes a strong emotion.

Overall, The Greatest Showman is a top-notch clean musical with beautiful themes and music that will keep you singing for weeks to come! 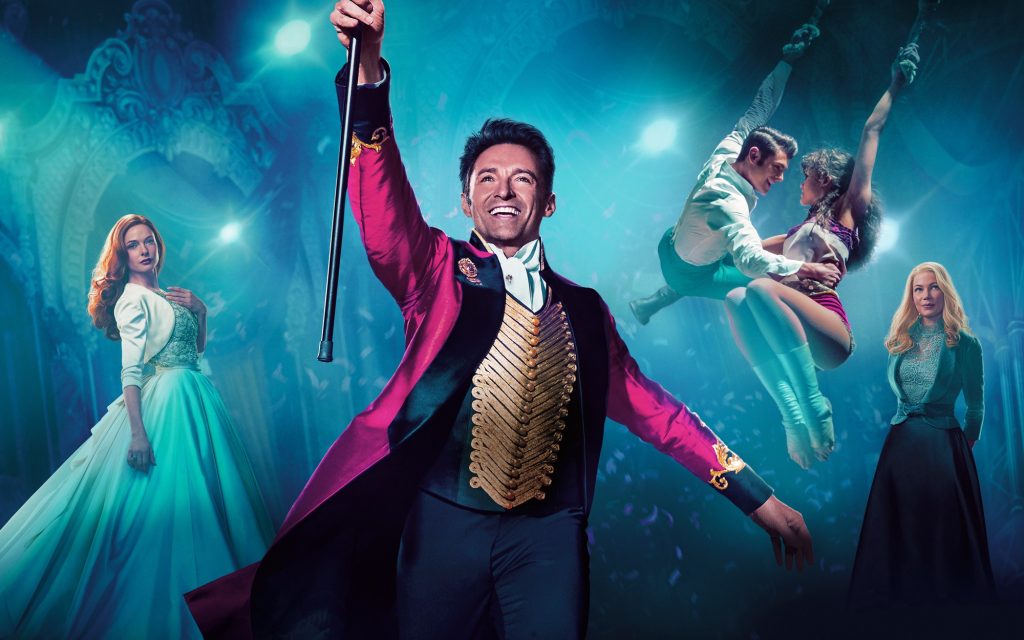 - Some of the minor characters could have used some more development

The Greatest Showman is one of the best live action musicals I've seen in ten years. GO SEE IT!