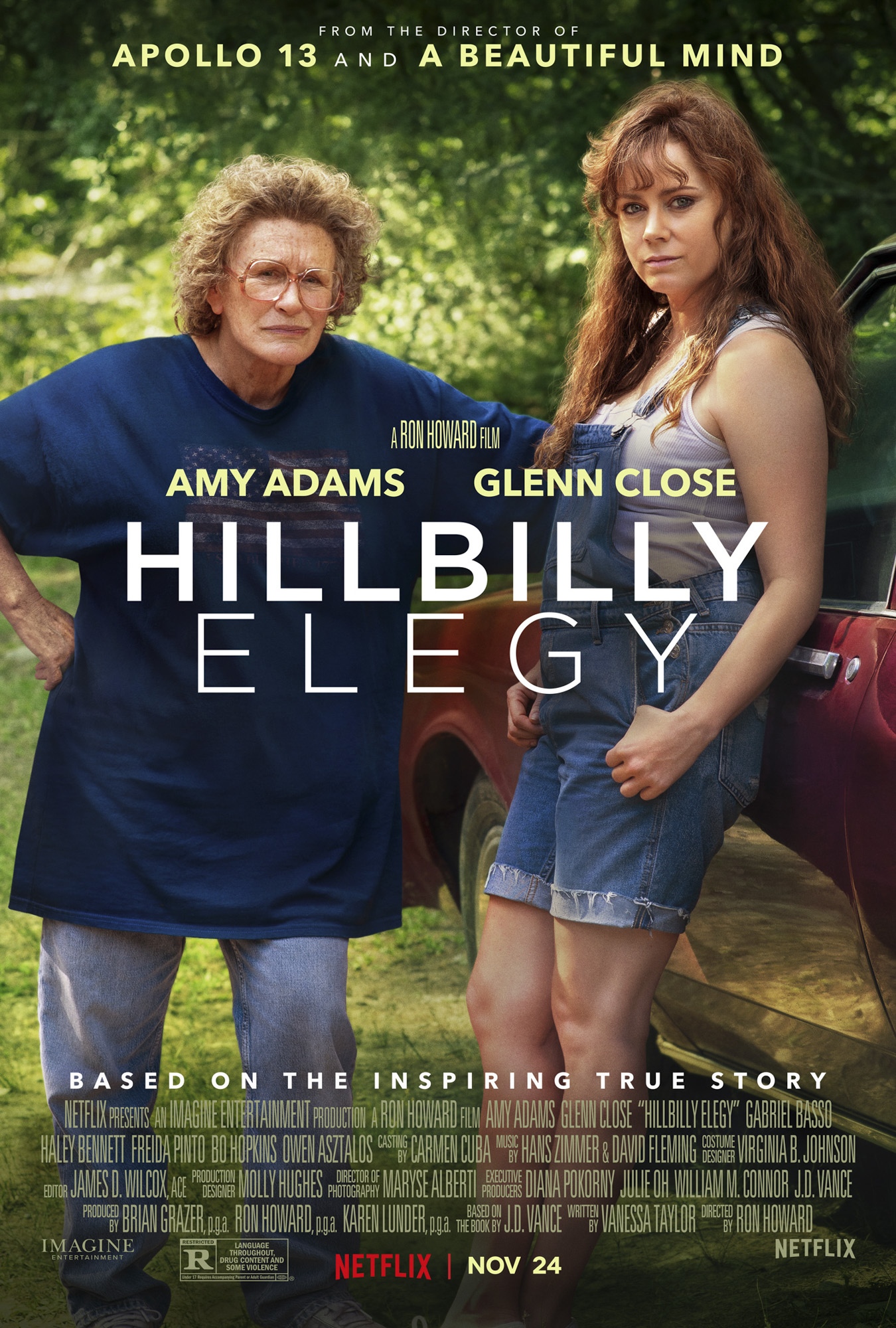 Netflix has caught some attention with its decision to adapt J.D. Vance’s 2016 memoir, Hillbilly Elegy, into a biopic for streaming. While Vance is a controversial political figure in some circles, there was the possibility that an adaptation could adapt the best parts of the book into an emotionally impactful film. Unfortunately, Ron Howard, fresh off of his 2018 film Solo: A Star Wars Story, might not have been the best pick for a story requiring expert precision and delicacy.

Violence/Scary Images: Domestic violence and abuse. A character slits her own wrists. A character is seen attempting to shoot up heroin. Characters brawl; blood is depicted in several scenes.
Language/Crude Humor: Severe language throughout including f***, w***e and a**.
Drug/Alcohol References: Pot smoking and alcohol consumption.
Sexual Content: Characters talk casually about sexual promiscuity. A character is called a w***e and accused of sleeping around.
Spiritual Content: Characters reference going to church and religion.
Other Negative Content: Themes of abuse, addiction and moral degeneracy.
Positive Content: Themes of growth, love, support and family. 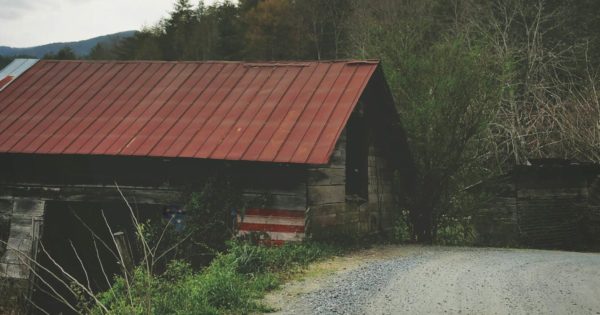 J.D. Vance’s memoir Hillbilly Elegy is, in my opinion, one of the most important books of the past decade. While one can certainly raise concerns about Vance’s politics and his advocacy of unpalatable positions, his memoir is one of the most touching and painful depictions of rural American life in recent times.

The memoir details his life growing up as a displaced “hillbilly” in southern Ohio among a family of abusive and emotionally unstable working-class white people. Though well-meaning, his family was caught deep in a cycle of intergenerational poverty, abuse and addiction. While Vance is eventually able to attend Yale Law after a stint in the Marines, his journey to success is fraught by his flaws as a man and a child of poverty which affected him well into his adulthood. Being able to get to this place ultimately allows him to reflect on his upbringing and realize just how much social rot and irresponsibility exists within the culture he was raised.

The book is ultimately very sympathetic to people growing up in such situations. While it specifically focuses on the problems inherent to white working-class Americans, he relates his problems to the experiences of other minority groups in the United States who are also struggling with issues of poverty and drug addiction. In essence, the book is using the experience of this one group of misunderstood and suffering individuals to universalize the experience of being trapped in the underclass.

While there are certainly critiques that can be made to this approach, Hillbilly Elegy speaks for itself as one of the best books of its decade. It’s necessary reading for those who want to honestly understand the grievances of populist rural white Americans. 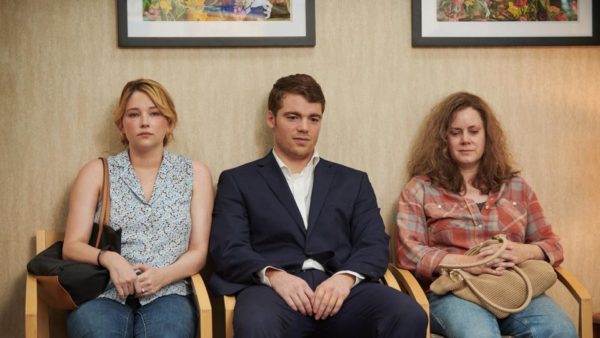 It’s a shame then that such a wonderful and heart-wrenching book has been wrung out like a sponge and spat out on Netflix in the form of a half-baked  Oscar Bait drama.

The film’s story more or less follows the loose themes of the book, albeit rearranged and mangled. The story starts with Vance already having achieved some of his life goals. He’s a Yale student nearing graduation and currently investigating summer internships in Washington DC. Just as he starts receiving some interviews, he’s called back to his hometown to help his mother in the hospital because she’s overdosed on heroin. From here on out, the story intercuts between scenes of older Vance dealing with his mother and his childhood self struggling with adolescent issues and abuse.

The film’s portrayal of rural American life is very convoluted. At first, it portrays hillbillies as clannish and family-oriented. Then there’s an extended joke scene about how Vance can’t fit in at upper-class dinner parties because he has no understanding of proper etiquette. Then it treats them like violent and impulsive bumpkins. There’s no real exploration of the causes of such social deprivation, so the portrayal doesn’t provide much insight. If anything, the movie dissolves the sympathy of the book and just leaves the worst parts of their personalities.

I’d go as far as to call such a portrayal elitist, tone-deaf and narratively pointless. Without digging deeper into these characters, the portrayal just makes these rural folks look cruel and ignorant.

Whatever nuance it does find in this town is due to the supporting female performances. Amy Adams and Glenn Close do an excellent job controlling the camera and embodying the characters they’re given. Their performances keep underwritten roles from sliding into complete stereotypes of depravity and fill in some much-needed humanity. The same can’t be said about the multiple actors playing J.D. Vance himself. The actors aren’t awful but they constantly fall into the background of Vance’s own story. Vance’s position in the narrative makes him a very inactive protagonist since he’s essentially the point of view character merely reacting to the violent actions of his immediate loved ones.

It doesn’t help that the film doesn’t know what to say about any of these characters or what life is like within this lifestyle. There are individual scenes that play with ideas like abusive relationships and overcoming self-destructive instincts. One particular sequence intercuts scenes of a young Vance committing vandalism with an older Vance attempting to assault his mother’s abusive ex-boyfriend and catching himself before he tries. This actually does have some interesting ideas of growth and the fear of one’s intrinsic instincts baked into it, but this isn’t some story arc about overcoming one’s upbringing. The movie starts with Vance having already overcome his circumstances. His journey isn’t earned. If anything, the film is exploring the fear of relapsing and I don’t know what purpose that serves.

The ending soliloquy, as Vance returns to Yale to continue his interviews, suggests that the story was about how family and love can save you from toxic situations and help you rise above your circumstances, but it doesn’t feel earned. Certainly, Glenn Close’s confrontation with Vance is dramatic but it’s hard to tell just how this event set him straight in spite of growing up in such a toxic household.

I’m not sure what the best way to approaching a memoir like Hillbilly Elegy might’ve been but this certainly ain’t it. Ron Howard is too much of a journeyman to find a voice within a script like this and the screenplay has sanded off all the uncomfortable spots of the memoir to the point that there’s nothing left to work with. I’ve seen cheap indie dramas at film festivals this year like Smalltown Wisconsin that actually do a better job capturing the spirit of the book than the actual adaptation does.

Hillbilly Elegy is one of the worst major movies I've seen to come out of Netflix in a while. While there is no shortage of disposable films coming out of streaming services these days, this one is particularly marred by the huge names attached to it and the weight of its source material. A film like this wastes so much potential and leaves a great story on the cutting room floor.