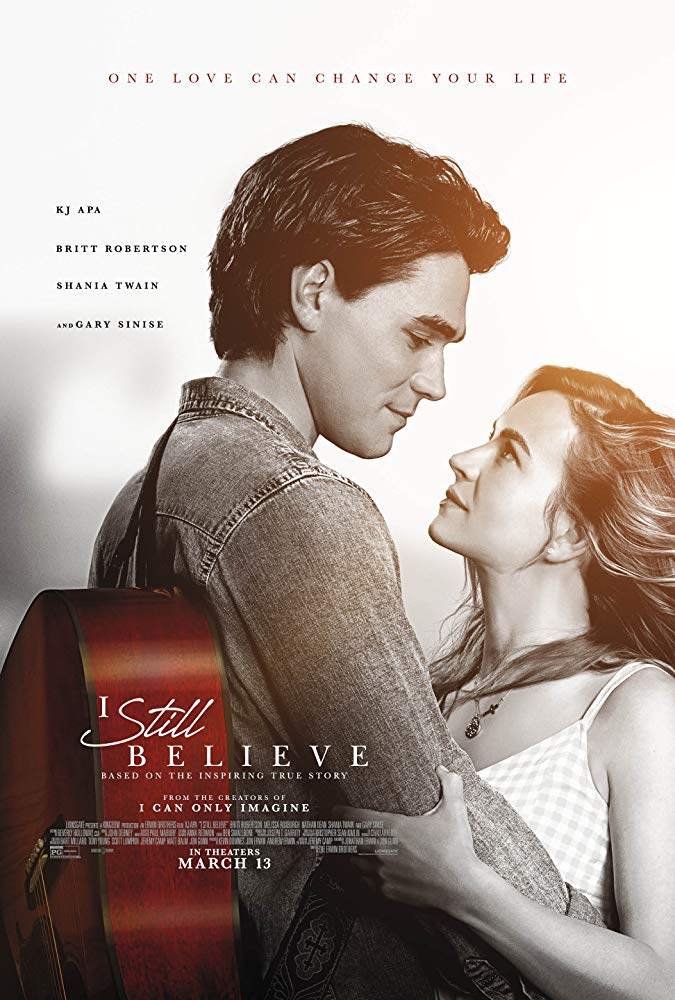 The last time we saw this directing duo—now known as the Erwin Brothers—they had just created one of the better Christian dramas in cinema, I Can Only Imagine. Yes, they showed the world that competent Christian-based stories can exist on film! The movie was modern, wonderfully relatable, and grounded within a true story revolving around a musician. Its only major flaw was that it sometimes overinflated its self-importance.

Now it seems these brothers are at it again, this time adapting Jeremy Camp’s journey of love, loss, and rise to fame. With a premise that’s oddly similar to I Can Only Imagine, can they pull it off a second time, or is their newfound formula of making worship artist biographies already becoming stale?

Violence/Scary Images: The plot follows the story of someone suffering from terminal cancer. There is one scene where a character has an explosive bout of anger—inanimate objects are tossed around the room.

Sexual Content: The entire film is about two characters falling in love—they kiss each other from their engagement onwards.

Spiritual Content: God is frequently mentioned as the characters in this film are Christian, therefore most events are viewed through a Christian lens. Characters pray, give thanks, and question God. The entire premise of the film is about having faith in the face of adversity.

Other Negative Content: There is a questionable love triangle for the beginning half of the film; characters knowingly hurt another through their inaction.

Positive Content: This is a wholesome film filled with characters that put God first, standing strong in their beliefs despite the tragedy that enters their lives. 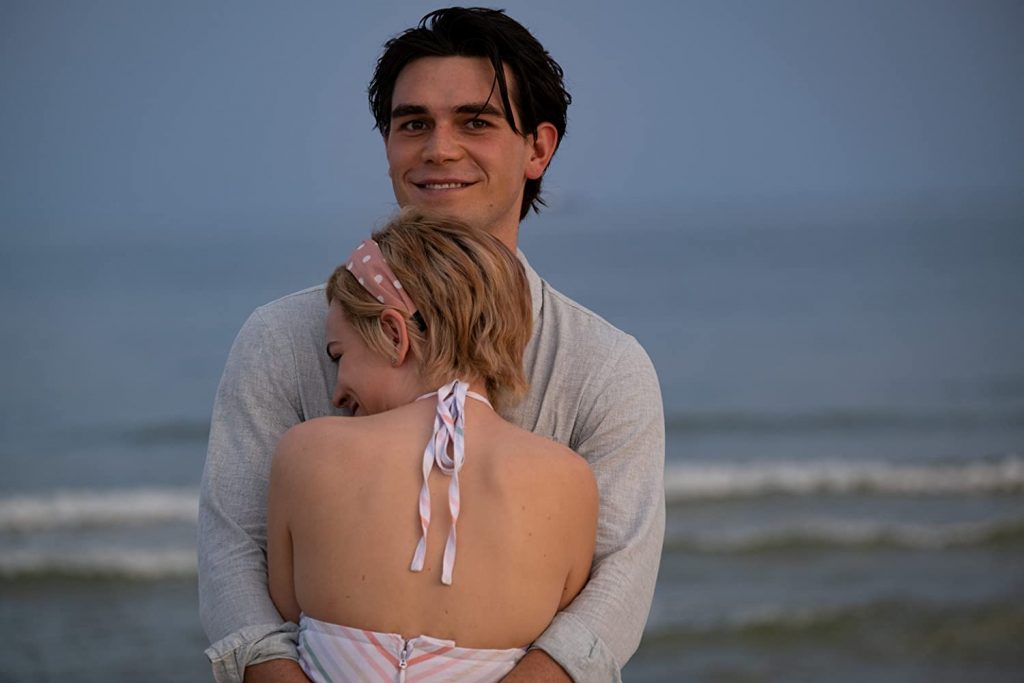 There are so many ways this film could have failed. There is always the risk of sending the wrong message when centering a story on the faith of a famous person. The biggest concern is whether it will promote a prosperity gospel; the main character believed, and so they are rewarded with fame, fortune and a comfortable life. It can be difficult to debate as there are many examples of this happening in Scripture, but then that is tempered with the laments of people stuck in situations like what is described in Psalm 88. For every “famous” figure in the Bible that led a radical and game-changing life, there were hundreds of farmers, tradesmen, fishermen, and other “average Joes” that believed while in the midst of their daily grind. So tales linking a relationship with God and great financial success don’t always resonate, and reflect more on Western values as opposed to the core of the Gospel message.

So it is with great relief to report that I Still Believe avoids this pitfall. Jeremy Camp’s music career is grossly sidelined, instead focussing more on his relationship with Melissa Henning. Indeed, this film sits firmly within the romance genre, where one person just-so-happens to be a musician, which might prove disappointing for those wishing to delve more into that aspect of Jeremy Camp’s life. Yet this level of focus grounds the film, as sometimes these types of stories can shift into an icky territory, where great moments of adversity are summarized as nothing more than a jumping board for another’s success, which completely undermines the severity and seriousness of the initial suffering. The saying, “All things happen for a reason” stings and feels shallow for this reason.

Britt Robertson and K.J. Apa have wonderful and palpable chemistry, which shouldn’t be a surprise since this is their second on-screen coupling after the equally tear-jerking film, A Dog’s Purpose. As with the Erwin Brothers’ previous movies, the performances and production values are hard to fault. Long gone are the days where Christian films were synonymous with poor production quality! 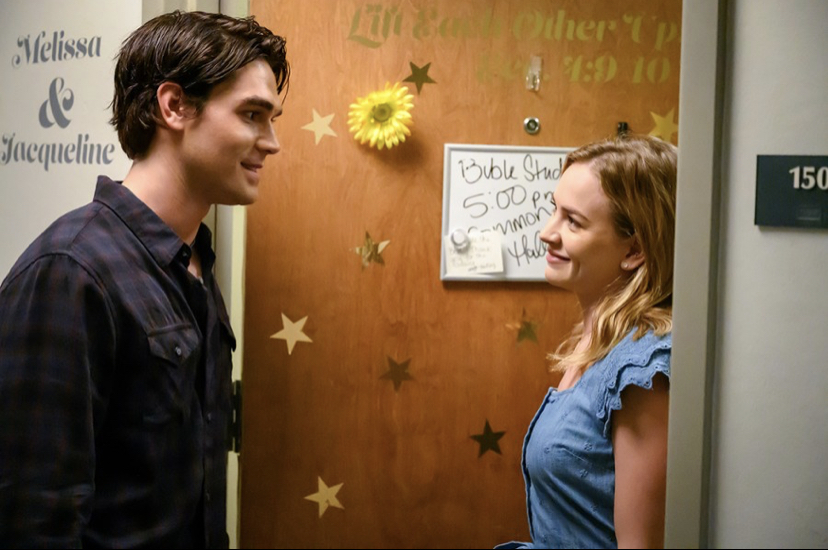 I Still Believe does feel like it’s a story chopped into two halves. The first portion revolves around the budding romance of Jeremy and Melissa, while the second half deals with how they face adversity. In many ways this is a standard set up for a narrative in the romance genre, yet there is an awkward amount of time dedicated to an uneasy love triangle.

It’s irritating because it’s one of those issues that can be easily resolved, though as the audience we’re stuck watching it play out to its inevitable conclusion. Although on the other hand… it makes it human. As frustrating as it is, the awkward subplot serves a purpose. It creates conflict where there otherwise would be none when it comes to these two characters falling in love, and it also provides some necessary flaws. Christian films have a bad habit of producing squeaky-clean characters, as though they’re too scared to reveal that, yes, believers can have their problems as well. No one likes an inhuman goody two-shoes, and while this love triangle is rather minor in the grand scheme of the plot, it’s forgivable in the way it rounds out the characters. It just makes everything feel more real. 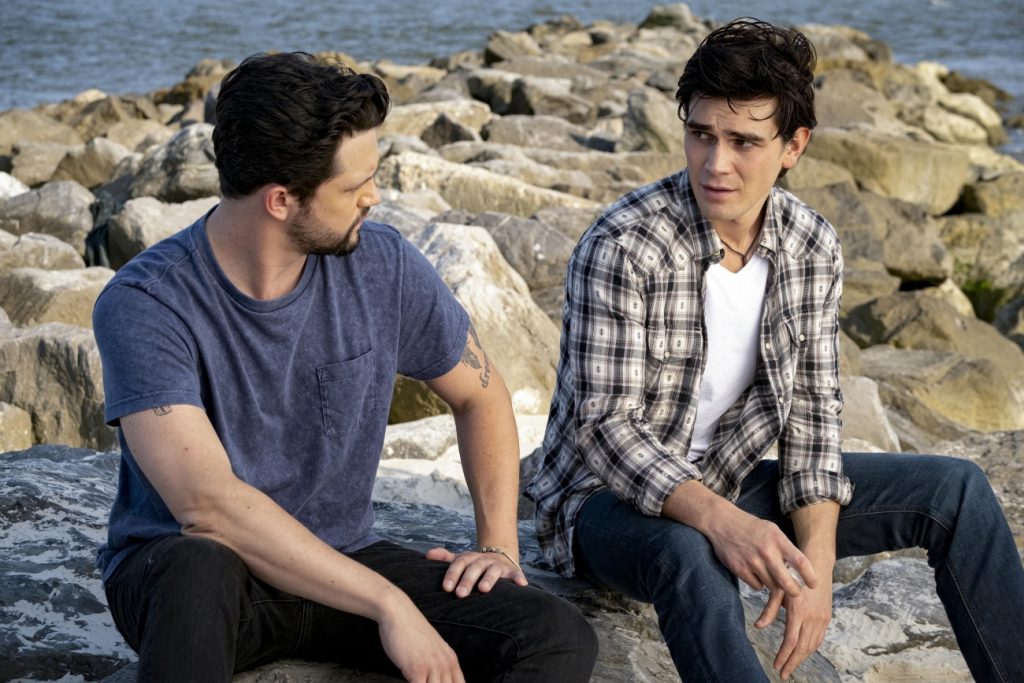 The tone of the film is similar to I Can Only Imagine where the story revolves around the lives of everyday Christians as opposed to focussing on the promotion of the religion itself. Since the movie explores their daily struggles, their worldview naturally spills out, organically exploring Christian themes and messages without feeling forced. Though once again this is a story set within a certain demographic of believers—middle class Americans in the suburban Bible belt of the country. While it’s commendable that the Erwin Brothers have pulled off this feat of creating a great Christian movie once again, it is with hope that they continue to challenge themselves in exploring different aspects and testimonies outside of what is typically seen in this genre.

Thankfully I Still Believe harnesses some universal problems. Overblown love triangles and the challenges of campus life suddenly feel insignificant when confronted with the absolute dump truck of serious themes and emotions that follow. Grab the tissues and prepare to get slammed. What started off as a light-hearted, all-American love story slowly morphs into a conversation about faith amongst the darkness of suffering. In many ways this works well as a companion piece to the other similarly themed Christian film, Breakthrough. Both movies deal with the power of prayer, and each story explores a different aspect of the topic.

Yet Breakthrough appeals more to the argument regarding God’s existence; it’s kinder to non-believing viewers. In comparison, I Still Believe doesn’t bother itself in pandering so much to that demographic. Instead it focuses on grappling with the issues that more mature Christians might face when they have a crisis of faith, as opposed to starting on page one and spouting the question as to whether there is a God in the first place. This is a story that will simply resonate more with those that are already on their walk with God, and may confound those that haven’t even taken their initial step. The reason for this is that the narrative itself replicates the very nature of faith. 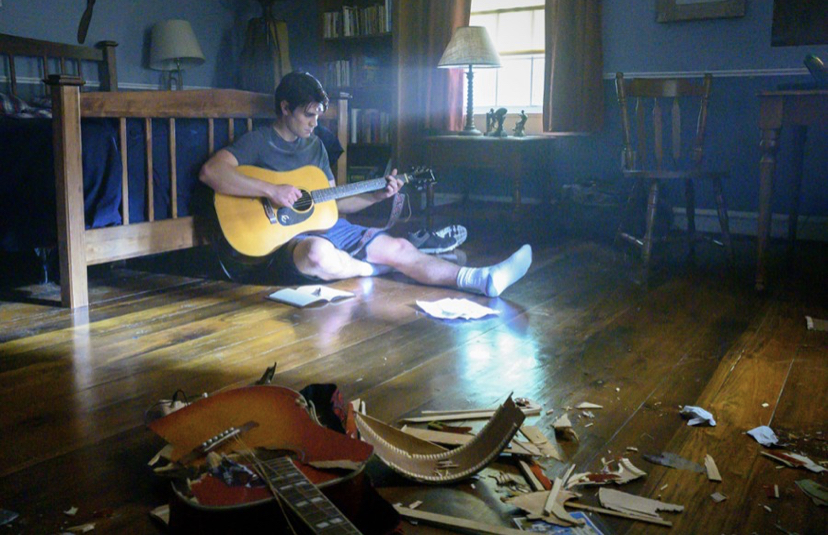 The feeling of faith is similar to that of courage; it’s a behavior that is defined by its circumstance. One’s courage isn’t tested when looking at a venomous spider behind glass. But come down to Australia and hold one in your hand, and suddenly it’s a whole different ball game. Courage isn’t a lack of fear, but rather it’s measured by how much a person pushes through it to overcome the emotion.

The same can be said about faith. It’s very easy to believe in something when it’s safe and there are a bunch of facts and figures in support of your thoughts and feelings. Yet when those are removed—when the stakes are raised and there is no factual basis to fall back on—that’s when faith really comes into play. Broadly speaking, and judging from past critiques of Christian films, non-believing viewers get very focused on the facts and demand direct answers from God-centered movies, to which I Still Believe provides none. It doesn’t break down its narrative, analyzing it by stating, “since x happened, it means y because of z”. There are no simple answers here. There are a few awesome speeches, but they only offer different perspectives to the question posed as to whether a person should still believe despite their immense suffering. That gap, that leap of logic, can only be filled with faith, both in life and also with connecting the narrative threads seen within the film. 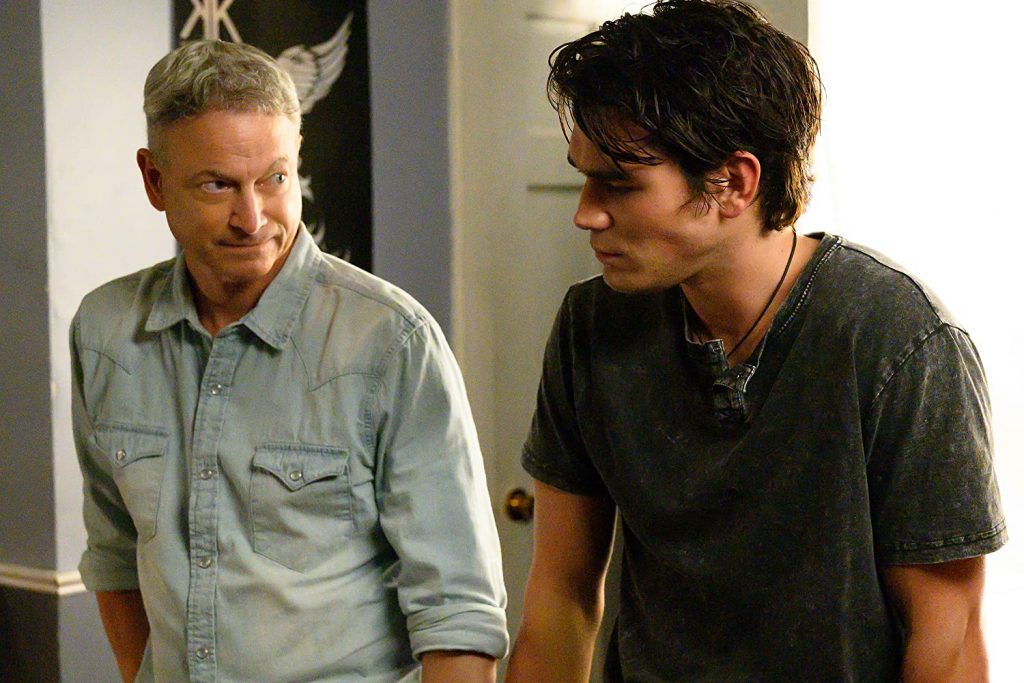 Art replicates life in many different ways. I can imagine that the cast and crew of I Still Believe were excited about this production and were hopeful regarding this film’s impact, only to experience utter devastation when the spread of COVID-19 meant it was pulled early from cinemas. To spend so long working on something that appeared to be God-led only to have it all fall apart is in itself a challenge of faith. If you did work on this movie and you happen to be reading this, it may not seem like it, but please be assured that your film came at the perfect time.

For many in the world, this time period will be defined as one filled with hardship, loss, and grief. While the film could have been more well-rounded by expanding upon Melissa’s perspective, Jeremy’s journey is rather universal, now more than ever. As we cling to a fallen world, plagued with illness and death, we find ourselves questioning God; hurt by current events, but even more devastated and fearful at the thought of the underlying emptiness that results if He doesn’t even exist. So when Camp proposes the question as to if we still believe, there is comfort in the resounding “yes” that rises above the cries of suffering, even if we may not understand or are provided with all the answers.

I Still Believe may have the same veneer as I Can Only Imagine, though it boldly tackles the core issues surrounding the nature of faith like few films before it. The film may destroy your tear ducts, but with a sense of timing that can only resemble God's, the film's oddly timely release may just be what emboldens your faith in these challenging times.