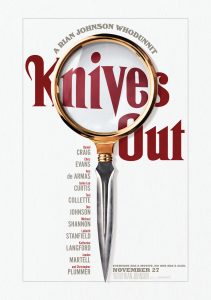 Fresh off of his controversial take on Star Wars Episode 8: The Last Jedi, director Rian Johnson is back with his newest original film. Knives Out is a postmodern murder-mystery thriller with a politically topical story that builds on many of his ideas and creative impulses from his previous effort, including themes of class consciousness and morality. Did the controversial director succeed in crafting another quirky exciting thriller? Or did he ruin yet another movie? 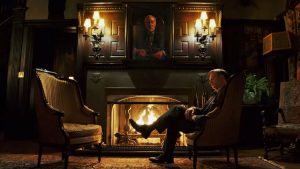 I’m a long time supporter of Rian Johnson who has become one of Hollywood’s hottest commodities. I must’ve watched Looper back in my senior year of high school and I still remember it fondly as one of the best mid-budget science fiction films I’ve ever seen. At the time, Johnson had established himself as a consistent, effective, moralistic, and quality genre director. His freshman feature Brick caught much attention years before, and he earned enough Hollywood credibility to direct the series finale of Breaking Bad. Since then, his voice has begun to develop and evolve. With Star Wars: Episode 8: The Last Jedi, he took a stance as an insanely bold and ambitious director and put a totally unique stamp on Hollywood’s most beloved franchise. As a result, he made a lot of enemies.

I’ve long been curious how he would respond to such a huge backlash, and with the arrival of his first post-Star Wars films, we have an answer. Rian Johnson has become the ironic man’s auteur. He’s a brilliant (if controversial and outspokenly progressive) filmmaker who wants to use his new platform to play with classic genre movies. Knives Out is a twist on the Agatha Christie style murder mystery. Much like The Last Jedi, it’s a socially conscious, post-modern dramedy that’s written in such a way to jab people Rian Johnson particularly doesn’t like, namely his critics on the internet.

That’s clearly going to color a lot of the criticism and praise that comes at this movie given that it’s rather overt in the text and subtext of the film. In a way, that’s a shame. I appreciate that Johnson has really found his voice as a director and he’s eager to build a career using it, but it’s a shame when someone you’ve been rooting for takes a path that makes half of your friends hate an artist you enjoy.

In any case, Knives Out is a more than worthy followup to his previous work. It’s creative, funny, and brimming with personality and empathy in ways most films radically lack. If you’ve ever read an Agatha Christie novel or even just watched Murder on the Orient Express, you’ll have an idea what you’re in for plot/structure wise. A family patriarch and one of the world’s most successful murder mystery writers ends up dead on the evening of his 80th birthday party, and all of his immediate family members have motivations for his demise. A world renowned detective from the Southern United States, named Benoit Blanc, finds himself pulled into the situation when an anonymous member of the family mails him money to investigate their father’s death, and starts to unravel a mystery beyond what he would expect.

Like any good Rian Johnson movie, it’s not eager to walk the straight and narrow. Almost immediately, a major truth in the situation is laid bare to the audience and the character’s motivations are put into context. Most of them are terrible, selfish people but the actual truth of who is responsible for elderly patriarch Harlan Thrombey’s death isn’t whom you’d expect. From this point early on in the film, the movie contorts from a traditional murder mystery into a conscientious drama, putting the individual responsible for the old man’s death in the path of a scrupulous and unceasingly brilliant detective, who is utterly set out to discover the objective truth of the scenario at all costs.

Johnson fills out the cast with a lot of some of Hollywood’s best character actors and major stars, who are all typecast in roles that cleverly subvert their established images. Daniel Craig is the best example of this, playing a role not dissimilar from the suaveness and intelligence of James Bond, yet retaining his incredibly southern accent from Steven Soderbergh’s Logan Lucky. The rest of the cast similarly showed up to play. Jamie Lee Curtis, Michael Shannon, Chris Evans, Toni Colette, and Don Johnson all do amazingly well playing the roles of conceited, indignant, and entitled relatives of the rich patriarch, all wanting their share in the family fortune. Ana De Armis gets a surprising role as the saintly family nurse, who plays one of the most vital roles in the story and impressively matches the strengths of some of the amazing powerhouses on display. Johnson is a great casting director who knows the best talent in the industry and he gets some amazing work out of this cast.

Johnson is an immensely talented director and he uses his incredible acreman to produce a film that makes the most out of a rather small budget. At $40 million, this movie was made for 2/3rds the cost of the first Deadpool film, which looked absolutely barren as far as mainstream blockbusters go. Johnson knows how to take advantage of what he has, from limited locations to talent, to squeeze every drop of what it’s worth. This goes for the script too. The movie is an immensely ambitious and tightly written film that has an enormous amount on it’s mind. 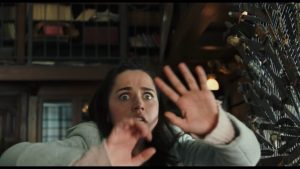 Since its premiere two months ago at the Toronto International Film Festival in September, there’s been a lot of talking about the film’s themes and subtexts. For those who weren’t enthused with The Last Jedi’s themes of class consciousness, you won’t find Knives Out enjoyable. This is a movie that loathes entitled white rich people regardless of their beliefs. The family as we meet them range in personality and ideology, from Gwyneth Paltrow-style decadent elitist liberalism, to blustering Trump supporting anti-immigrant conservatives. It sparsely matters though. The movie despises all of them and contrasts their entitlement against the realties of their nurse Marta Cabrera (Ana de Armas), whose family would be deported out of the United States if they decided to throw her to the wolves. The movie is not subtle about any of this.

The tightrope this movie walks is rather astounding. It balances a twisting, clever plot with a lot on its mind, that manages to find unique ways to build drama while totally inverting the structure of this entire genre of storytelling. It never just goes full parody into the realm of a comedy, like Murder by Death. This is as much a classic whodunnit as Kenneth Branagh’s Hercule Perot movies as it is a topical, subversive and modern movie. As transgressive as it is, it’s pretty slavish to the genre and keeps all of the great moments you want in something like this in tact. By the end, it earns its place as one of the year’s best feel good movies and closes the door on an incredibly cathartic endnote.

I’m very happy to say Knives Out is one of 2019’s genuine cinematic highlights. It’s fun, bold and gripping in ways I wasn’t expecting and gives us a taste of where Johnson is hoping to take his career, in light of his previous film’s contentious reception. While it’s not clear what his next step is as a director – given that Disney is playing coy with their announced plans for him to direct a new Star Wars trilogy – he seems to have a solid insurance policy in his back pocket that will keep him relevant for years to come (for good or ill). Again I hope he eventually decides to scale back and make something more restrained, and less overtly political, but far be it from me to tell a talented artist what he should or shouldn’t do. 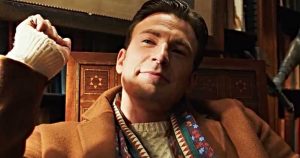 Knives Outs is going to be a lot of people's favorite film in 2019! If you're a fan of Rian Johnson, The Last Jedi, or murder mysteries, you'll almost certainly adore this fun, clever and enthralling take on the genre!