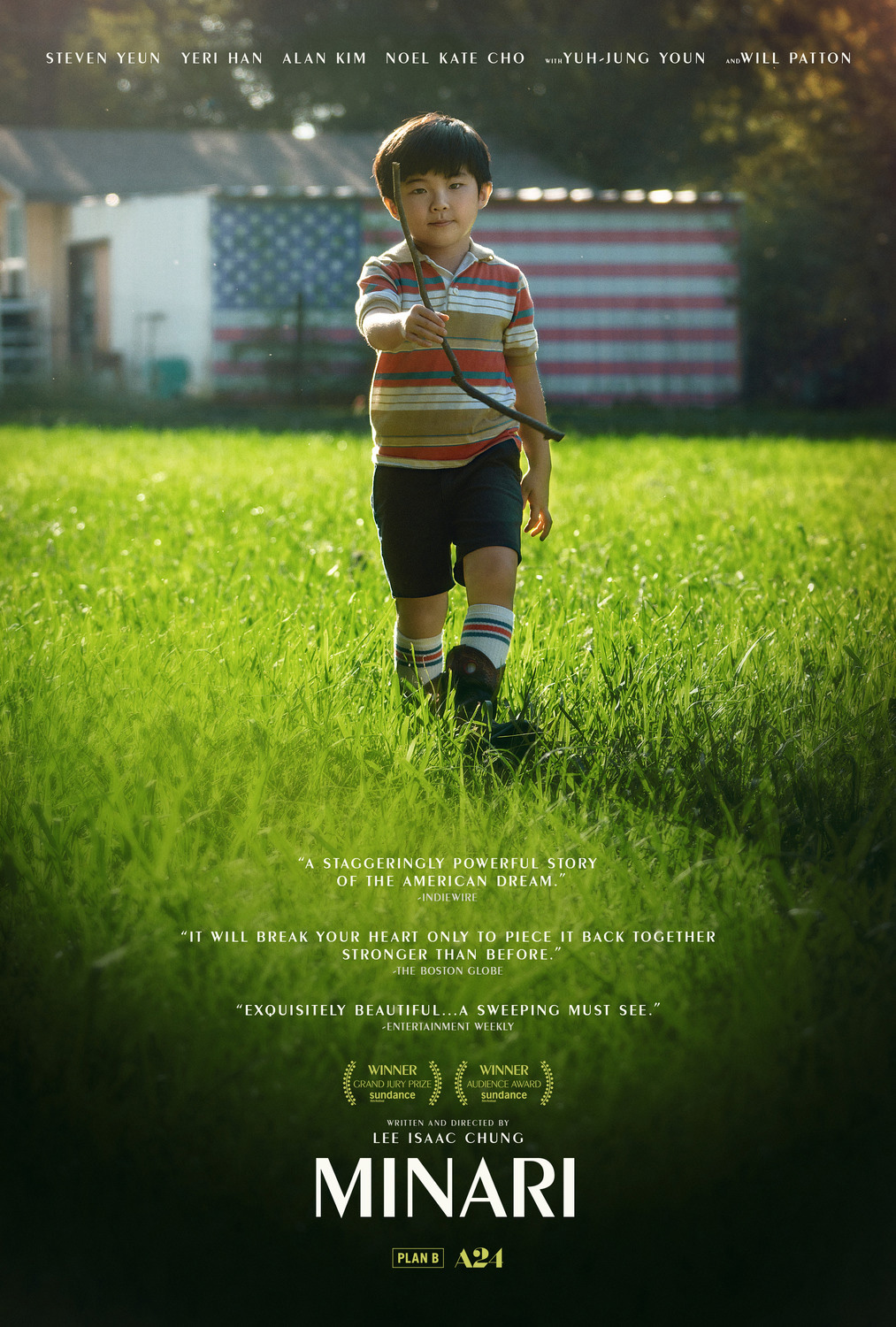 A24’s newest drama, Minari, is one of the first new films out following the opening of socially-distanced movie theaters in 2021. The film, produced by Brad Pitt’s company, Plan B Entertainment, was released in January at Sundance to critical acclaim before hitting theaters and Video-On-Demand a month later. The film has been met with critical acclaim and is currently nominated for the Golden Globes “Best Foreign Language Film” category (ironically despite being shot and produced in America).

Violence/Scary Images: A kid drops a drawer on his foot and blood is shown.
Language/Crude Humor: A middle finger is briefly shown, a woman calls other people “B*******”, a woman accidentally drinks pee as part of a prank.
Drug/Alcohol References: Characters smoke cigarettes.
Sexual Content: Crude references made with the words “penis” and “dingdong.”
Spiritual Content: All of the characters we meet are practicing Christians, homes are decorated with religious symbols, and the local church is referenced numerous times in the plot.
Other Negative Content: Themes of family strain, mean-spirited discussions and failure.
Positive Content: Themes of family, love, connection and hard work. 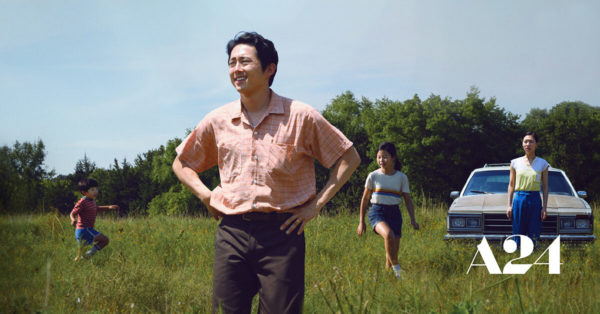 There’s a deep bitterness at the heart of Minari. It’s a film that’s juggling a lot of complex ideas and emotions at once and at times carries a fairly heavy tone. It’s balancing desperation with humanity and tossing ideas back and forth constantly. At its heart, it’s is a story about the challenges of immigration and integration. It’s a story about the fullness, bitterness and motivations behind why people want to migrate to new places for a better life. It’s also about the challenges of negative fortune and the costs involved with trying to keep a family together in the aftermath.

Minari starts by introducing us to the Yi family. Jacob and Monica Yi are a young Korean couple who moved from South Korea to California and subsequently uprooted the family a second time to rural Arkansas. Jacob has a dream of being able to sell fresh produce to Korean shops nearby, and purchased a used trailer and a plot of land to begin setting up a farm. As quickly becomes clear, the family can’t immediately make ends meet.

In order to subsidize their farming, both parents end up having to work at a grimy chicken hatchery nearby. It’s a grim place. Both parents end up working long hours and shifts sorting newborn chicks to determine which ones are male and female. The male ones are immediately thrown into an incinerator offscreen. We only see the image of smoke rising from the smokestacks over the hatchery.

The family is immediately broken up internally over the challenges of keeping the day-to-day operations of the farm going. Jacob can’t find a well so he’s forced to tap into the county’s water supply. The water usage drains their savings and they’re forced to take a larger loan from the bank. The stress of finding customers, losing money and building new lives starts taking its toll on the Yi family who already struggled with the fact that their land is isolated from other Korean communities in Arkansas. 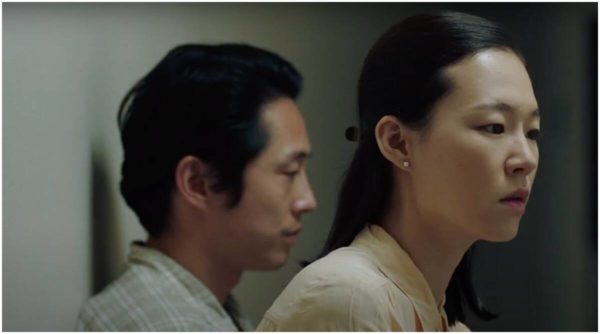 As quickly becomes clear, Minari is ultimately the story about whether the American dream is possible, and if this family in particular can survive the stress involved with building it. The journey to this final question is fraught and it’s filled with great moments of levity and pain.

Integration and assimilation are challenging concepts to confront in any form of a story. For the most part, stories like The Godfather and Get Out tackle the concept from the negative side of things and emphasize the horrible costs and identity shifts involved with completely integrating yourself into a new community. Minari is on the less scathing end of those kinds of stories but it is keenly aware of how those challenges manifest.

For the Yi family, integration is a frustrating dance of maintaining your roots while discovering ways to grow further in a new place. 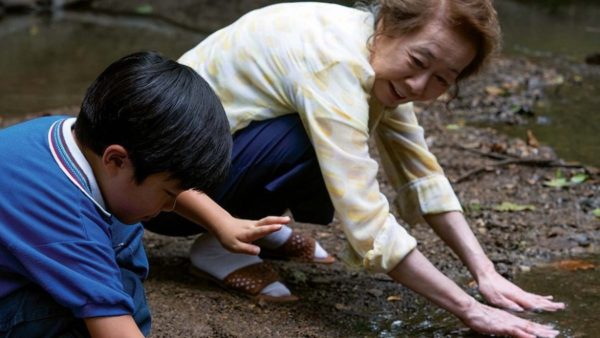 The title refers to a real-life plant called Minari, also called water dropwort, Japanese Parsley, and Chinese Celery, that’s commonly used in East Asian cooking. The family’s grandmother brings some of the plants with her when she moves to join the family and starts growing it in a nearby creek near their farm. It’s a great visual metaphor for the flourishing and growth involved with building a new life. The beauty of a film like this comes in the way it captures the transplanting and further growth of a family, just like the plant in question, from one country to the next.

Of course, that transplanting doesn’t come easily. The movie doesn’t take any cheap shots. It tackles issues like racism and alienation but does so with strange regard for all of the people involved and shows how they overcome cultural differences.

In one of the film’s best scenes, the family decides to outreach to a local Christian Church and attends one day. The situation is immediately awkward. This small Arkansas town hasn’t met many non-white outsiders and they’re immediately suspicious of this strange new family they’ve never met. Things do quickly begin to improve, if awkwardly, when the pastor persuades them to stand up and asks the church to give them a warm welcome.

At a subsequent church picnic, the family starts dealing with intermediate levels of acceptance and casual racism. The mom quickly ingratiates herself with the local moments. The kids are met with confusion by other white kids who know nothing about Asian culture and start asking them awkward questions about why their faces look different and if they can understand words like “ching chong”. Quickly though, the white kids welcome them into their clique and become fast friends! 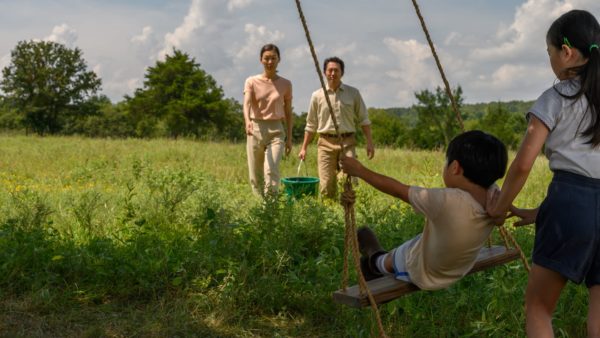 This back and forth is constant throughout the film. Characters are awkward, alienated and uncomfortable with one another but they’re all ultimately gracious enough to come to each other’s aid once the awkwardness is worked through. There are no straight-up villains in the movie.

If there is any real villain, it’s the concept of isolation. For the most part though, the Yi family are the only people we spend a lot time with. Their farm is nearly an hour away from civilization and their neighbors are few and far between. They do spend time with their neighbors and develop friendships, but those friendships are never deep or fleshed out. Their alienation is central to their internal tension. They’re at odds with the society around them because of how unfamiliar they are and alone they feel. They’re competing to survive by building a farm by themselves. Their situation is cutthroat and there’s a very real possibility the farm will go bankrupt and destroy the family.

The film even alludes to this possibility by darkly hinting that the trailer’s previous owner committed suicide.

Minari finds an interesting tension in the story of what people take with them and subsequently build in the places they go. It’s a beautiful drama that paints the nature of immigration and prosperity in a harsh light without condemning the people in it for wanting to build something for themselves. The family’s bad fortune is intense and repeated to the point where you truly understand just how frustrated they are when things start to escalate. The film’s final minutes end up being quite edifying. There’s a joy to the realization this story can work out in spite of the odds and pain set against them.

Minari is one of the best films in cinemas right now and it's going to be widely available for home rentals starting next week! I highly recommend checking it out if you have the opportunity. It's one of the best new films available and it captures the incredible process of what it takes to build a new life in a new place!