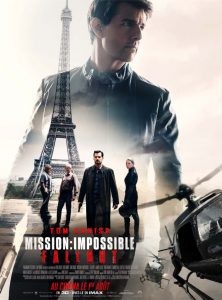 Mission Impossible Fallout is the sixth film in the franchise that started in 1996. After more than two decades the franchise is still coming out swinging with arguably one of its strongest entries yet as Ethan Hunt must team up with a CIA agent to track down three nuclear weapons before a terrorist group uses them. Coming from the same director as Mission Impossible: Rogue Nation, the film breaks tradition of swapping directors for every entry in the series but manages to bring its A-game with one of the most suspenseful action films I’ve seen in years.

Sexual Content: A woman and a man kiss. A group of men chastises a few men hiding in a bathroom stall insinuating sexual activity.

Spiritual Content: References to religious Holy Cities including Jerusalem, Mecca, and the Vatican.

Positive Content: Importance put on the value of human life and the need to protect it. 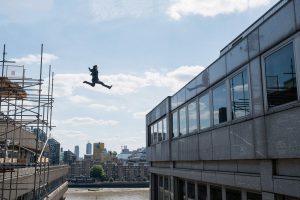 The nearly twenty-year-old franchise that’s been helmed by five major directors (Bryan De Palma, John Woo, J.J. Abrams, Brad Bird, and Christopher McQuarrie), is nearly completely controlled by the whims of its lead actor, has almost no meaningful continuity between the films and is still going strong. This is because the franchise has so many fans with different preferences that it’s not hard to imagine most any film in the franchise being somebody’s favorite. Sitting here the night after seeing Fallout, however, I’m still astonished by just how deeply McQuarrie’s vision for this franchise has managed to hit. Somehow the mild-mannered director of the respectable Jack Reacher is pushing the upper echelon of Hollywood action films.

What sets Mission Impossible: Fallout apart amongst its already well-regarded franchise? It’s the unrelenting focus on tension. The movie crafts back to back scenes across its long runtime that had most of the audience at the edge of their seats for the duration of the story. That’s more than a little cliche to say but for the first time in a while, I was completely engaged with an action film. From the luscious visual design that makes every shot pop with vibrancy to its perfect sense of action choreography, cinematography, and brutal sound design the film puts its audience first and delivers with a gleefully classical approach to Hollywood filmmaking the likes of which Hollywood doesn’t see much anymore. For good measure, it’s even shot on film-stock.

What makes this work is the way that McQuarrie roots every scenario in the psychology of its lead character Ethan Hunt. The franchise as a whole has become infamous as a vehicle for Tom Cruise to push the envelope with death-defying stunts like climbing buildings and hanging off the side of planes. What McQuarrie has brilliantly done with his two film tenure on the franchise is root the film’s ethos entirely in the same level of daredevil insanity that its lead actor suffers from. As we come to understand the nature of Ethan Hunt’s character from the recent films, the man is a crazy person. He regularly breaks orders, fights his own government, and puts his body in series danger to accomplish his goals.

Yet behind all of this, we see a man whose loyalty to those he cares about never waivers. Fallout brings his tendency to gamble large numbers of lives against the lives of those who mean the most to him. Some of this new film’s best moments are all about fleshing out aspects of Ethan’s personality and making you question what he can possibly do to resolve the situation. Case in point, the film’s biggest theme is Hunt’s desperate need to protect life to the point where he’ll gamble the fates of millions to save one life. In any other movie, this would be wildly irresponsible but the movie poses that it’s his best feature.

Hunt always narrowly saves the day. He’s the perfect combination of wild and talented. As such the movie once again uses this as its excuse to continually allow Tom Cruise to attempt to get himself killed in the name of pushing the envelope. This time around the big insane action scene is a late in the game helicopter chase featured prominently in the trailers where Cruise himself is flying the helicopter. It’s an insane scene slightly drawn into the absurd when one considers how much brutality Cruise is forced to seemingly take by the end of it. I can believe that Tom Cruise would learn to fly a helicopter for a role but I can’t believe anyone would be walking away from this scene alive after what happens.

Special credit definitely needs to go to Henry Cavil on this one. The actor whose career has been defined by his trilogy of DC films playing Superman definitely hasn’t caught a break in his five years at the time with even his side projects like The Man From UNCLE being largely disposable. I’ve heard critics castigate his acting ability at times but he has something rare for an actor that most people don’t have: screen presence. Cavil is ripped. Beyond that he has composure and he really commands a presence on screen. His ability to make you think he’s indestructible is what makes him such a compelling presence as Superman regardless of how the films are written. As such, Mission Impossible: Fallout uses him in the most intelligent way imaginable. I won’t spoil what his character is all about but the movie uses his unique screen presence perfectly. It’s so basic but it works and I hope he gets a lot more roles like this.

If I have any real issue with Fallout and the previous films it’s that I find them to be rather comfy and safe regarding the plot. These movies obviously don’t have the burden of source material or requirements to absolutely keep characters alive like a Marvel movie would so the movies can go as far as to threaten to destroy a great deal of the world building they’ve built up over six films. Honestly, they won’t though. Cruise probably wouldn’t allow them to make a movie where he fails. They’re just going to continue to find creative and unique ways to remake the same movie over and over again with the same character. That being said that’s honestly part of what makes them interesting.

These movies are dedicated to entertainment first. These are old school big budget thrillers that put the money on screen and aim to impress you by showing you what you’ve never seen before in conjunction with all the best things Hollywood money can buy. The adventures are sprawling and world-impacting, all the women that Ethan meets are gorgeous beyond your wildest dreams, and everything is shot for maximum beauty, tension, or drama. It’s that combination of classic Hollywood romanticism and tense Hitchcockian suspense that sets these movies in a bizarre league of their own. 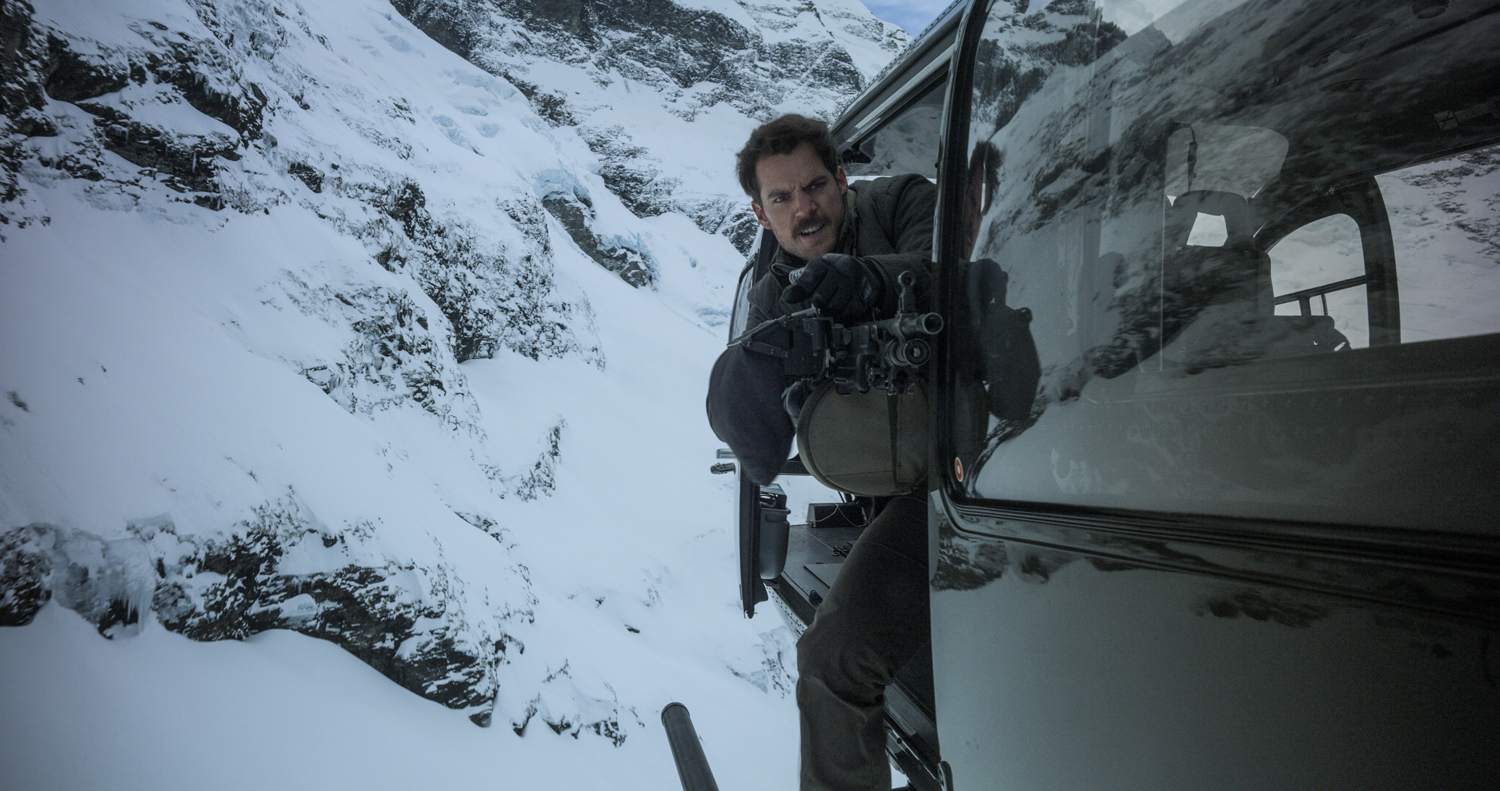 Mission Impossible: Fallout is arguably the best film in its franchise and one of the best films of 2018 overall. It's a loving callback to the old school age of suspense thrillers and Hollywood romance made with the best talent Hollywood money can buy.