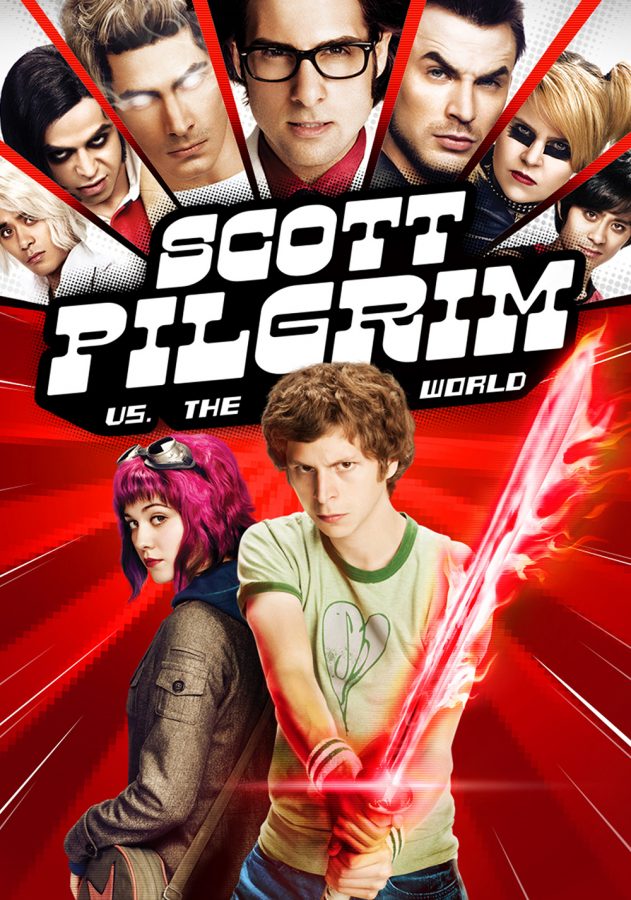 To celebrate the widespread reopening of cinemas across the USA, Edgar Wright has brought his 2010 cult-hit Scott Pilgrim vs. the World back to theaters! The comedy that mostly bombed upon release a decade ago has become one of the director’s most popular films in the years since!

Violence/Scary Images: Hyper-stylized and comedic violence; characters are “killed” and turn into a pile of coins, no blood is depicted.
Language/Crude Humor: Some excessive language including a**, s***, d***, h***, b****, d***, g**d*** and bleeped out f-bombs.
Drug/Alcohol References: Casual/heavy drinking.
Sexual Content: Characters talk about sex and having sex but nothing is depicted besides a scene where a woman wears a bra. References to lesbianism.
Spiritual Content: None.
Other Negative Content: Depiction of toxic relationships, infidelity and heartbreak.
Positive Content: Themes of loyalty, self respect and love.

It’s almost been a decade since Scott Pilgrim vs the World was unleashed upon an unsuspecting public in August of 2010. It was a film that was, in many ways, ahead of its time; a preemptive glimpse of what Hollywood would become in the decade that followed. It was a film much like Zodiac or Short Term 12 that foreshadowed the next decade’s worth of greatest talents before they became blockbuster megastars: Chris Evans, Anna Kendrick, Alison Pill, Jason Schwartzman, Mary Elizabeth Winstead, Aubrey Plaza, Brie Larson, etc.

That’s true for its filmmaker as well. Edgar Wright was most known in 2010 as the director of Shaun of the Dead and Hot Fuzz. In the time since, he’s directed his (arguable) masterpiece The World’s End, almost directed Ant-Man, then directed his most commercially successful film, Baby Driver, and shot his upcoming film Last Night in Soho. He’s certainly been busy and it’s clear that his career will continue to feature incredible comedy and visual storytelling. 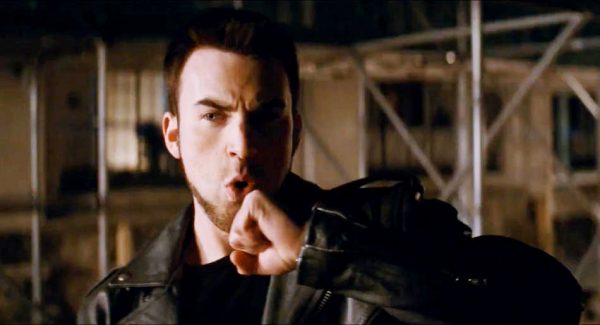 There’s a reason why every 20-something film student absolutely adores his movies. Edgar Wright has become this generation of film geeks’ most popular cult director. In a sense, that would make Scott Pilgrim vs the World the greatest cult-hit of the 2010s!

It’s not hard to see why. It’s one of the most excessively well directed, shot, edited, acted, and animated films of the last decade. It’s a nerd homage to video games, punk music, anime, and all matter of geeky pop art. That said, I don’t know if I would necessarily call it the best of any of those things. One of the traps that people fall into (see: the Academy Awards Voters) is the tendency of falling in love with films that MOST exemplify an art form. In effect though, people don’t realize that most often the best rendition of any element of filmmaking is when it’s essentially invisible. 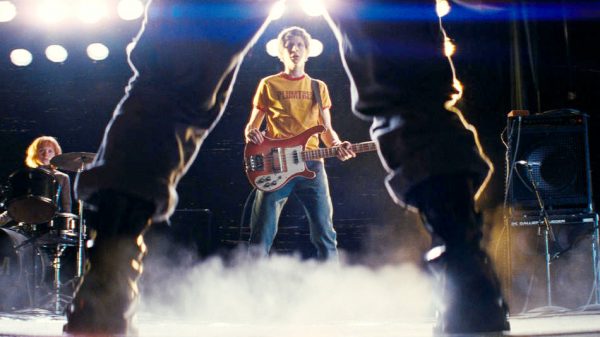 For example, The Good, The Bad, and the Ugly is objectively a better shot and edited film than something like Birdman but the gimmick of editing that film to look like a single shot makes the cinematography popular.

Similarly, a film like Scott Pilgrim vs the World also threatens to fall into the trap of being a horrible time capsule of nostalgic teenage angst. It is, after all, a relationship comedy about teenagers making jokes about Zelda and indie-rock. Such a premise could EASILY have fallen apart in the wrong hands… This movie could’ve been a style-over-substance train wreck…

Thankfully, neither of these problems are prevalent in the material. The movie is still every bit as visually exhilarating and funny as it was when I first booted the used DVD of it in 2012. On top of that, the movie is transformative and smart enough with its material that it never feels tacky or dated. Part of that comes from the implicit satire of the premise.

Scott Pilgrim vs the World is a story about arrested development. It’s a story about two people caught in a toxic cycle of immaturity, regret and heartbreak who can’t help but hurt those around them continually as they obsess over their own problems ad nausea.

From the film’s famous opening words, the story tells you that Scott Pilgrim is an immature teenager who is coping with loss by dating another immature teenager. He then abandons her, repeating the same cycle of heartbreak that hurt him a year prior, and immediately jumps in bed with the first striking woman who took his breath away.

At first, it’s easy to look at these two characters and think they have nothing in common. Scott is a geeky, socially incompetent stalker who can only communicate through awkward muttering and pop-culture references. His initial fumbling attempts to talk to Ramona are pathetic. As it turns out though, she’s approaching the relationship with just as much trepidation in a different way. She’s carrying the baggage of seven abusive and painful relationships that she hasn’t worked through. She’s completely reserved emotionally and doesn’t know how to communicate about her problems in a way that would help her or help Scott understand her.

As a result, both characters end up being toxic, awkward and destructive around one another. At the same time though, the movie clearly seems to understand what it is these two characters see in one another and how they can each bring out the best of each other. The story is ultimately about these two characters gaining self-respect for themselves and finding themselves so that they CAN become mature consenting adults in a proper relationship.

Stylistically, the film’s presentation just ends up serving as a reflection of this journey. Ramona is an enigmatic presence that seems to have the power to disappear and reappear at will when it’s convenient for her. The overt references to gaming and anime also serve as a stylistic expression of Scott’s psyche. He lives in a world of goals and superpowers and that pours out of him into his relationship life. He conceptualizes earning a relationship in the same way he conceptualizes beating Super Mario Brothers: beat the bosses and get the princess. 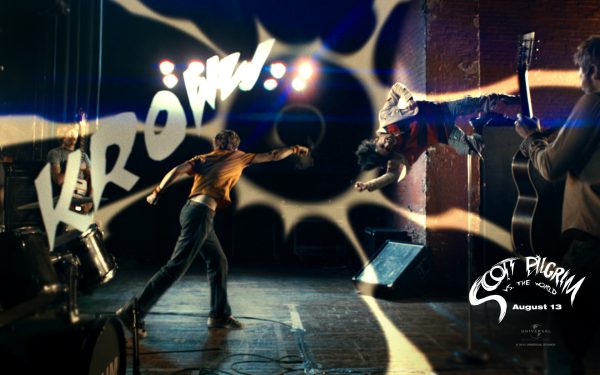 Of course, that’s a terrible and objectifying way to look at relationships. In the end, Scott is only able to “earn” any sort of relationship when he owns up to the fact that he’s guilty of hurting others around him and actually does the hard work of earning the trust of other people. He can only receive a relationship when he has something of himself to give.

Scott Pilgrim vs. the World remains one of the most impressive and stylistic films of the past decade. Unlike most films that put this much emphasis on its visual aesthetics, its impressive animation, fight scenes and showy writing, they all serve the ultimate point of its story. It just goes to show how talented of a filmmaker Edgar Wright is that he’s capable of taking a wimpy actor like Michael Cera and making him equal parts goofy, sociopathic, well-meaning and awesome!

Scott Pilgrim vs. the World remains one of the most exhilarating comedies of the 2010s! A decade later, it's still as funny and exciting as any action film or comedy that has come out of this decade, and it speaks to Wright's talent as a director that he was able to make a film like this before the geek takeover of Hollywood had fully cemented itself.