Review: The Death of Superman 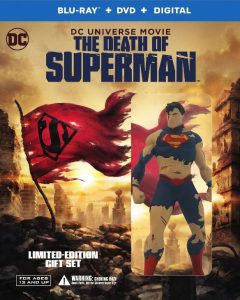 Warner Brothers and the DC Universe Animated Originals team are back with this year’s entry in their multi-annual series of straight-to-DVD features with an adaptation of the most popular Superman storyline in the history of comics. The original Death of Superman story shocked fans in 1992 and has gone on to become one of the most influential comic book storylines of all time. Now we have the first half of a two half storyline meant to defeat and resurrect the world’s most beloved superhero.

Other Negative Content: Over the top grotesque violence and dark themes. 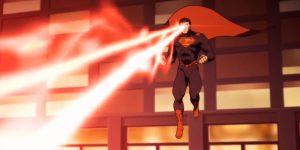 The 1992 best selling comic book The Death of Superman is the most overrated Superman comic book ever. The storyline was created as a hastily conceived placeholder when it appeared that the upcoming marriage of Lois and Superman in the comics had to be delayed to avoid taking away publicity from the marriage of those same characters on the TV show Lois and Clark. The shocking nature of the seven-issue brawl still proved to be a runaway success as fans watched in horror as the most beloved character in comics was slowly beaten to death. The seventh and final issue of the storyline in Superman #75 ended up selling over six million copies.

The story would ultimately go on to be retconned with Superman being brought back to life not too long after following a convoluted series of interconnected stories called Reign of the Supermen, but the effect of the comic was unquestionable. Up there with The Dark Knight Returns and The Killing Joke, The Death of Superman in both it’s initial print and subsequent trade paperbacks became one of the best selling DC comics of all time. As all of this played out, the people at Warner Brother watched adamantly.

As they owned the brand, they immediately began trying to hammer out plans for a Superman movie using that comic as its premise. The most famous and depressing attempt was documented in the documentary The Death of Superman Lives. The film was set to star Nicolas Cage and was to be directed by Tim Burton using story concepts by Kevin Smith. This version fell through weeks before shooting, and was eventually restructured into Superman Returns.

In 2007, DC launched its lineup of animated straight-to-DVD films with Superman: Doomsday, which liberally interpreted the storyline of the comics and ultimately wasn’t well received. Famously the much-derided Batman vs. Superman: Dawn of Justice liberally borrowed elements from The Death of Superman to help form the film’s famously dark ending. It can be said with confidence Warner Brothers doesn’t entirely know what to do with their comic book movies in most ways, but the one thing they seem absolutely determined to do is shove perceived fan service into their films. As of yet, they weren’t done milking this cash cow.

This summer brings us what is purported to be a more loyal adaption of The Death of Superman and Reign of the Supermen storylines with a pair of DC Animated films from the same department that brought Superman Doomsday to light. The DC Universe Animated Originals team is famously schizophrenic in terms of their output. Their adaptions of The Dark Knight Returns, Under the Red Hood, and The Flashpoint Paradox are very well done by standards of straight-to-DVD fair, and some of the mid-tier work like All-Star Superman, Batman: Assault on Arkham, Batman: Year One, and Justice League DOOM have some solid stuff going for them.

The problem with this team, however, is they really don’t have any sort of ambitious lofty storytelling goals they want to achieve with any of these films. They’ll book excellent voice actors and storyboard the film to look exactly like the comics, but the stories are animated at a level on par with a decent Cartoon Network action show. They lack the polish and thematic ambition of legitimately great DC animations like Batman: Mask of the Phantasm and The LEGO Batman Movie. Worse yet, when the movies aren’t up to those standards, they wind up buried in cringey fan service, inside jokes for DC fans, and senselessly dark and overly sexualized material.

The Death of Superman animated film falls right in line with some of this team’s more frustrating work. While the sexuality is toned down, the grim, dark violence and implied horrific off-screen deaths are at an all-time high. The film follows the same bizarre continuity as the Justice League: War film, for which most recent adaptions of Batman/Justice League/Teen Titan films have all tied into for some baffling reason. They clearly aren’t building up to anything after having already used Darkseid in the first film, so I don’t know why they keep intercutting them other than to remind the audience the New 52 comics line was a thing for a while.

The plot is very perfunctory this time around. It’s all set up to the final moment that puts a lot of work into establishing side characters and subplots so the final moment has some heft to it. While there is a pang of sadness watching a world mourn the loss of it’s most beloved symbol of truth and justice, the overwhelming lack of a point to the material drains its significance. All-Star Superman and Whatever Happened to the Man of Tomorrow are both stories that address the final days of Superman, and they use the opportunity to say tremendous amounts about him and his world.

Much like in the comic it’s only loosely based on, this film just uses its story as an opportunity for a fist fight. The film tries its hand at playing with themes like Superman owning up to his secret identity before continuing his relationship with Lois, but by the end all this serves is to let Lois Lane be the first person to cry by the time of the finale. Without a heftier goal or thematic point, the film ends up being nothing but a summary of the plot points from the book and a fan service adaptation for DC fanboys. Its an animated film that only a very devoted fan of the character will get anything out of beyond the visceral thrill of watching Superman get obliterated.

It’s a shame the DC Animated Originals team is so dedicated to merely delivering what they think the fans want at the behest of trying their hand at a more challenging story. Personally, I’d be fascinated to see what they could do to bring to life one of DC’s lost film adaptations like George Miller’s Justice League: Mortal or Tim Burton’s Superman Lives by using the original script and shot list as a guideline. Doing that would feel like giving fans a glimpse of another universe or some hidden treasure lost to time. Instead, they’re steadfastly determined to ride the line, and I can’t get myself excited for that. 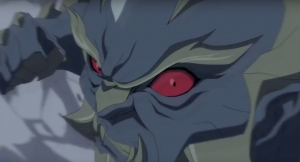