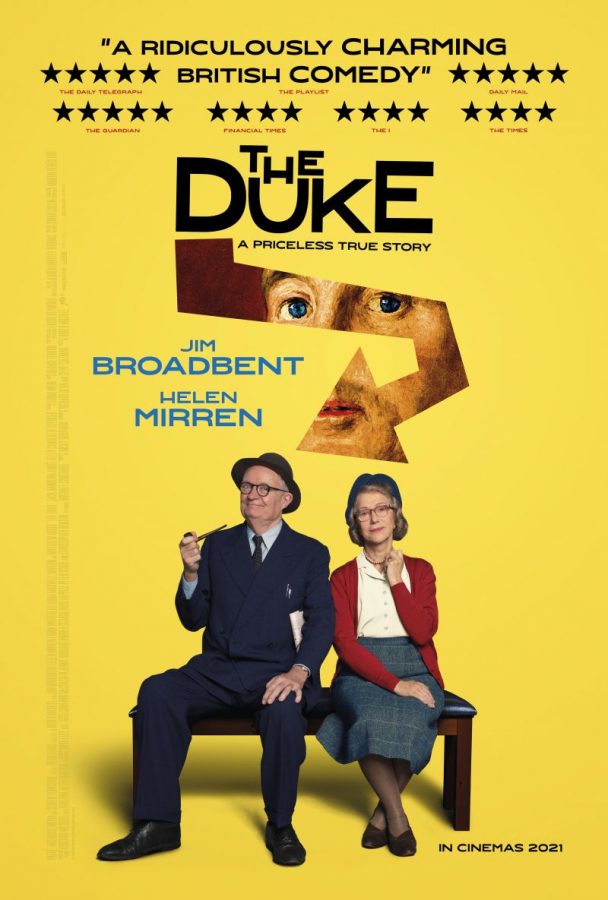 One has to wonder what the logic is behind releasing a tiny arthouse foreign drama/comedy against a Disney movie. Sometimes studios will license a film they want only to bury it in the schedule so that its inevitable failure doesn’t embarrass the company. At other times, producers make a bad call and decide to release counter-programming against a film so monstrously large that it crushes everything in its path (à la the time A24 tried screening Alex Garland’s Ex Machina against Avengers: Age of Ultron).

In any case, a very delightful little British dramedy expanded this weekend from 4 screens to 350 theaters against the mega-successful Doctor Strange in the Multiverse of Madness; a fate that I suspect will result in this film being completely sandblasted off the face of the earth by the time of its second weekend. Considering it opened its wide-release weekend in 12th place behind box office failures like Morbius and Father Stu, earning only $371,378, I would say that it’s going to underperform…

Director Robert Michell might be said to be an underappreciated voice in modern film, or maybe not. He’s most well known for having directed the Bill Murray film Hyde Park on the Hudson and the BBC TV adaptation of Jane Austen’s Persuasion in 1995 (I have it on good authority though he’s done better work). His work is mostly quiet, understated dramas and lite comedies as far as I can tell with my limited exposure to his work, neither exemplary nor discomforting. He’s a workman of the old fashion sort, or at least he was until he sadly passed away in September of last year.

In any case, his final film was picked up by Sony Pictures for a US release and it is about to be presented in theaters nearly two years after it premiered.

The Duke is a modest and lovely little tale, a mostly inconsequential but also charming work of dramedy rooted in wacky characters caught in a true crime story that is just innocent enough for all of its cast to come off as endearing rather than horrific. It is based on the real-life story of Kempton Bunton—an elderly British pensioner who successfully stole, and subsequently returned, a Francisco Goya painting of the Duke of Wellington in 1961 from the National Gallery of London.

The film captures him as a kind of quixotic, naive populist; a wannabe man of the people with grand aspirations for social change but too deluded by his own preoccupations and limited outlook on the world to actually understand what he’s saying or doing. He’s the kind of man who loudly describes how he prefers Chekhov to Shakespeare because he considers the latter to be too Monarchical or the kind of man who brags that he wants to rewrite the Bible with a female protagonist.

The theft, though initially impulsive, ends up becoming a kind of strange protest against the British government, with him offering to return the painting if the government will capitulate to his demands on social issues. As it stands, the great social issue that he’s decided to take on is BBC television licensing. In the United Kingdom, it’s mandatory to pay for a license for the BBC if you own a television. Bunton finds this unfair as an elderly man who struggles to keep a day job and provide financially. He’s a man on a mission, eager to stand up to a casually racist boss’ jokes, even if it means he can’t keep a job down for more than a week.

Jim Broadbent plays the role with deep sympathy. He’s clearly having fun playing this deluded but well-meaning man who struggles with grief and trying to make the world a better place in spite of himself. Anyone familiar with Broadbent’s nervous, unassuming, and kindly performances in Hot Fuzz, Cloud Atlas, or Harry Potter: The Half-Blood Prince will recognize the kind of character he’s bringing to life here. This is exactly the kind of character he was born to play: bumbling but kind.

The film’s story never over exceeds its welcome, clocking in fairly efficiently and chugging along at a breakneck pace for as long as it’s going. It isn’t ever deeply dramatic nor outrageously funny, but the tone of whimsy it creates is chuckle-worthy and lovely. The only part of the film that doesn’t really hold up is an extended subplot following the main character’s son, Jackie, who falls in love and eventually gets sucked into the main plot. Thankfully, the majority of the film is just dedicated to Broadbent. There are not very many scenes that don’t involve him so the movie’s best aspect is also its central focus!

The Duke is a fairly unassuming movie and I can’t say it has high thematic aims. It’s a document of an obscure but heartwarming moment in British history where a valuable artistic artifact strangely fell into unassuming hands before being rightly returned to its place (albeit without the frame which Bunton was sentenced to jail for three months for losing). It is well worth seeking out if you hadn’t heard of it!

The Duke is light entertainment but also very fun and enjoyable! It is the kind of low-stakes, a goofy drama that is great for a palate cleanse after a massive blockbuster!