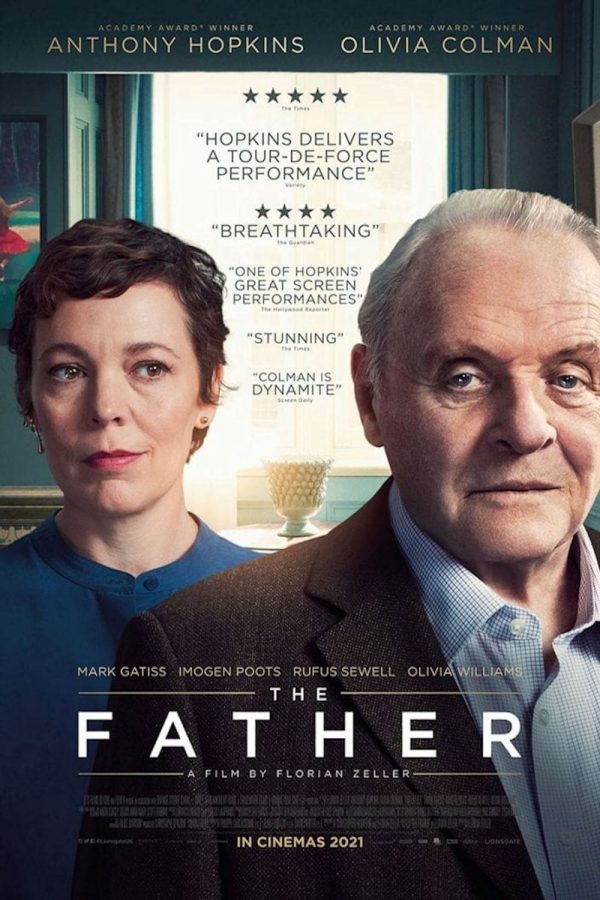 This weekend brings us the 93rd Academy Awards! 2020 has of course been a strange year for the film industry given that theaters were closed for eight months of the year. Summer blockbusters were delayed a year and the Oscar-bait season was similarly postponed. As a result, most of the films that are on the Best Picture list were released on streaming services such as Mank (Netflix), Nomadland (Hulu), Judas and the Black Messiah (HBO Max) and The Sound of Metal (Amazon Prime).

A handful of films such as Minari and Promising Young Woman did receive small theatrical releases but didn’t make a huge dent in the box office. They were subsequently released on Video-on-Demand for rental.

Of the lot, one film, in particular, stood out to me. A small English drama called The Father didn’t make much of an initial splash outside of the arthouse circles but it did receive a limited American release as theaters began to open up in February.

Violence/Scary Images: A character is cruelly taunted and assaulted. The film tackles the topic of Alzheimer’s which may be confronting for viewers with a deeper, personal experience with this degenerative disease.
Language/Crude Humor: F**k, S**t, B******d, T**s, R******d.
Drug/Alcohol References: Casual wine drinking.
Sexual Content: None.
Spiritual Content: None.
Other Negative Content: Themes of family abuse, cruelty and abandonment.
Positive Content: Themes of family, love, care and empathy.

I’m gonna be forthcoming and upfront: Alzheimer’s terrifies me. I’ve written about it online before in my essay on Capone for Rebeller Media how I have a family history with mental deterioration. It is genuinely one of my greatest fears that I could possibly have inherited the predisposition for that disease.

It’s fascinating and painful to see so many 2020 films exploring the topic in such experimental ways. Capone felt like a schlock/grindhouse version of that story, where Josh Trank used the image of Al Capone to say something about dementia and the way it hollowed out his identity and character.

The Father is the arthouse answer to this kind of experimental story. This small British-French film, starring Anthony Hopkins, is an adaptation of the stageplay Le Pere by Florian Zeller, who also directed the film version. It’s amazing how excellent a film adaptation by the writer/director of the stageplay could turn out this well! 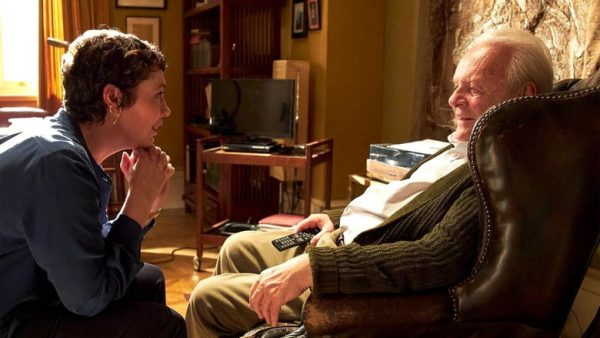 The film isn’t massive. It’s mostly confined to small sets and uses a very limited cast of roughly five to six actors to fill every role. That said, it’s a very impressive piece of work!

The film functions as a lite-David Lynchian horror story about the inner world of a man grappling with late-stage memory loss (one could also make comparisons to Dunkirk and WandaVision in terms of its structure and themes).

Its genius comes entirely in its structure and the way it slowly unfurls information through small reveals, subversions and allusions to different events. It’s a film told from the perspective of a man with Alzheimer’s and plots the story to emphasize the way his lack of memory impacts his understanding of the surrounding social context for various situations. 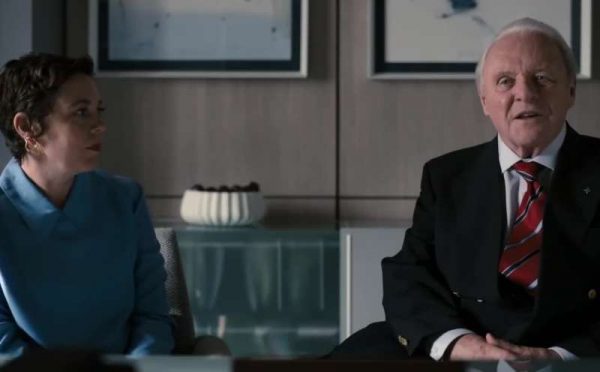 The film’s central character is Anthony (Anthony Hopkins). He’s an elderly man living in downtown London who rarely leaves his home for anything but medical appointments. He’s regularly visited by his daughter, her husband, and various caretakers so he’s rarely alone. Anthony is rapidly losing his grip on reality. He forgets who people around him are, where he is and whose house he’s even staying at. At various times he learns things from characters they immediately seem to suggest they haven’t said or we learn they said years prior.

Time becomes something very fluid and abrupt. Small gaps in time become massive breaks between different periods of his life. The film appears to take place over a few days but the dialogue suggests that a decade or more of time is churning in the background. Events skip, repeat, repeat in impossible ways with different actors sometimes playing the same characters, which only intensifies the more he loses his grip on reality.

Everything is meant to reinforce an important theme; Anthony doesn’t know where he is, who he is, and who is surrounding him. Just as the audience gets a grasp, their understanding is shaken. It isn’t until the final moments of the film where there is some absolution for the viewer as to exactly what has been happening in the film, even though it’s not a relief for the main character. He ends the story more alone and broken than ever.

The Father’s vision of memory loss portrays it as an all-encompassing horror. Anthony is described by the other characters as intermittently cruel and mean towards them and yet we see that from his perspective that these moments of anger are rooted in confusion. When people enter his house whom he doesn’t recognize, he plays off his confusion as incidental, but in reality he’s covering up the frustration that he sincerely doesn’t recognize them. 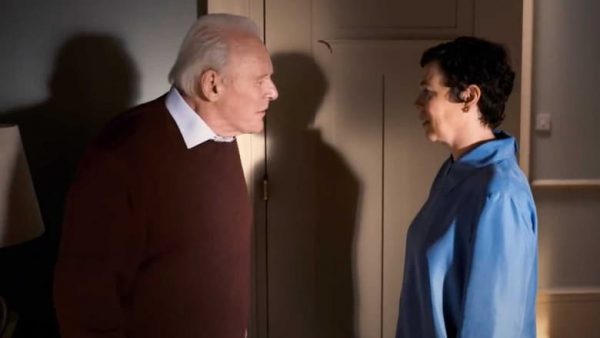 As I’ve said before, the true horror of dementia is the reality that the person who develops it passes away long before the body dies. The soul is drained out of a person while the body still moves. The individual alienates those around them unintentionally and then finds themselves more and more alone and sad. The family members of individuals with this disease similarly find themselves more alienated from their dying loved ones who still live but no longer have the ability to love them back or even take care of themselves.

That The Father is able to dramatize all of these horrific ideas is part of its genius. It places you in the fragile headspace of a rapidly disintegrating mind and carries you to the bitter end wherein you understand everything that Anthony can’t begin to fathom. It’s a horrible and sad film and one of the greatest works of cinema to come out of a challenging year like 2020.

The Father is one of the most quietly excellent films of 2020! It's easily the strongest of the Oscar-nominated films and it manages to capture a beautiful story of humanity within Anthony Hopkin's excellent lead performance!