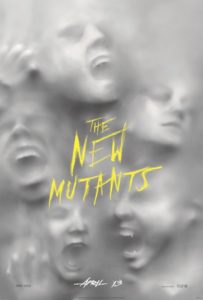 Josh Boone (The Fault in Our Stars, The Stand) took his pitch to make a film adaptation of Chris Claremont’s New Mutants comics to Fox in 2015. He was signed to write and direct the film, with a teaser later dropping in 2017. While initially planned for a mid-2018 release, internal concerns at Fox (and subsequently Disney) kept the film on the back burner as it received massive reshoots and setbacks. Now after years of delays, the film has finally dropped in cinemas just as movie theaters are reopening after five months of COVID-19 lockdowns.

Violence/Scary Images: Some PG-13 level violence; characters are injected with needles and fight one another, a character is killed bloodlessly by a bear, a character catches on fire.
Language/Crude Humor: Some brief severe language including f*** and s***.
Drug/Alcohol References: A woman is drugged to fall asleep.
Sexual Content: Some references to sexual activity and passionate kisses; two women kiss passionately implying they’re about to have sex, two women are seen from the back in a shower with nothing graphic shown.
Spiritual Content: One character is Catholic but another character derides a cathedral snidely. The Catholic character’s backstory involves abuse by a priest. A Native American character alludes to her beliefs about the spirit world.
Other Negative Content: A character repeatedly makes snide remarks about a Native American character’s ethnicity.
Positive Content: Themes of personal growth and love. 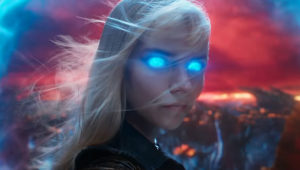 The New Mutants has been one of the most conceptually interesting pitches to come out of the modern wave of superhero films. When the genre has been pigeon-holed mostly as a stage of action comedies, it’s refreshing to see the genre shaken up with bouts of extreme content or a change in genre. That seemed to be what this film was offering: a horror movie set in the X-Men universe. Such a concept has a lot of innate potential to it. The esoteric nature of mutant powers in the X-Men universe dictates that the abilities people inherit often are terrifying and uncontrollable at times.

Making a horror movie about people who lack the ability to control their powers being locked up in a mental hospital seemed like a great pitch. Naturally though nobody has been expecting The New Mutants to actually be a good movie. The movie’s development coincided with the nearly-unwatchable Dark Phoenix and went through periods of massive reshoots over the past several years at 20th Century Fox. Now the film’s original cut is being dropped in the closing months of a global pandemic by Disney, seemingly just to test the waters surrounding the feasibility of reopening theatrical releases with minimal risk to projects they have more hope in, like Black Widow or Soul. 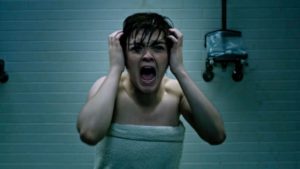 Upon appraisal, I’d say the most surprising thing about The New Mutants is just how bland the movie ultimately is. It’s a quick 90-minute movie with brisk pacing and solid performances, and unlike some of the worst X-Men films like Origins, it never delves into horrifically terrible territory to the point that I started to loath it. At times I was actually grooving pretty hard on the film. It’s a fairly relaxed movie about a group of teenagers hanging out, crushing on one another and trying to get a better sense of themselves and their place in the world while trapped in a mental hospital.

The problem just comes down to the focus. The movie hones in on a handful of times to draw comparisons with the hospital to something like a Pray-the-Gay-Away camp or an insane asylum for people who are too dangerous for the public. It’s clear at one point this was supposed to be the purpose of the film as Maisie William’s character is depicted as a devout Catholic torn up by the internal guilt of lust, lesbian attraction, trauma from priest abuse and a mutation she finds embarrassing. Hers is probably the best character in the film just based on how well the movie captures such a complex vision of faith and trauma.

The movie almost feels like it’s going to take on a really harsh and satirical edge but then really doesn’t. The kids are told their plan long term is to “supposedly” join the X-Men once they’ve honed their unstable powers. At this stage, there doesn’t seem to be rampant hatred of the X-Men at whatever point in the timeline this is set. Whatever satire could be made out of watching a group of children grapple with their own self-loathing and power is lost in the concept. The movie ultimately builds up to a nice character beat that resolves all the character’s personal dramas but doesn’t really fulfill the film’s concept a well as it could. It just feels like an opportunity was missed to use the X-Men characters to say something. 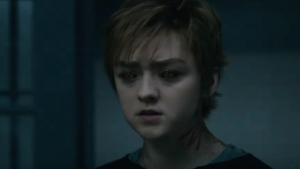 In terms of raw film-making, The New Mutants was a horror movie and I never really felt scared. There were some tense scenes and cool action beats including an extensive final battle with a huge special effects set-piece but the terrors were few and far between. Again, this movie works better as a laid back teen comedy than a tense horror-thriller (which is weird because this is a movie about teenagers being kidnapped and brainwashed). Some of the mutant concepts draw in Lovecraftian elements of unknown horrors and fear in interesting ways but I wouldn’t say the film fully takes advantage of the concept.

Overall, I actually would recommend The New Mutants to comic book and film fans looking for something laid back and different. Coming out in the cinemas after five months of not going to the movies, I could see this being a solid date movie for casual audiences. At its worst, it’s a movie that doesn’t quite know what to say but I’ll take that over something stupid and thrown together right now. This was someone’s vision and I’m glad they finally got the version of the film they wanted in theaters after YEARS of waiting.

The New Mutants isn't the train wreck that Disney's reluctance to release the film after two years would've suggested, but it's also not the great fulfillment of being the first mainstream successful superhero-horror mashup. It's enjoyable for what it is and probably puts the classic X-Men franchise to bed more respectably than Dark Phoenix did, but it's merely okay when it could've been uniquely great.