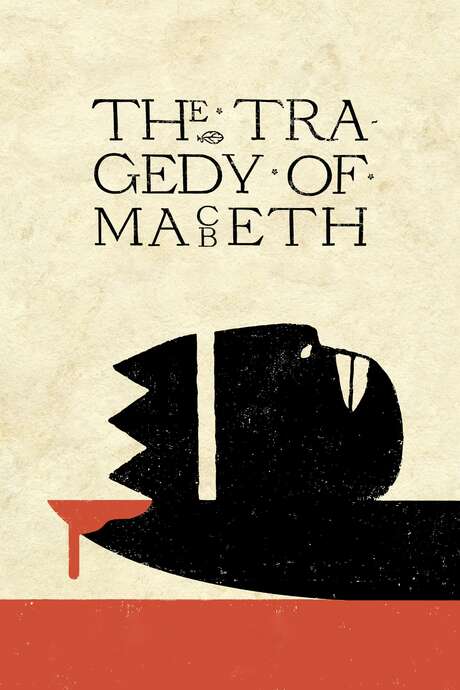 Since their debut with 1984’s Blood Simple, The Coen Brothers – Joel and Ethan Coen – have been among the greatest directors in modern Hollywood. Their filmography of films such as Raising Arizona, Miller’s Crossing, Fargo, The Big Lebowski, O Brother Where Art Thou, No Country for Old Men, A Serious Man, True Grit, and Inside Llewyn Davis stand as an achievement of modern storytelling, with some of the most spiritually-minded and contemplative films of our time.

Sadly, that era might’ve come to an end with the sudden retirement of Ethan Coen. Now Joel Coen is on his own. He’s writing and directing his own movies without his brother helping co-write and co-produce his films. That raises a number of questions. What is a Coen Brothers film without one of the Coen Brothers? Will it be as good? Who among their relationship was most responsible for their unique creative spark?

Violence/Scary Images: Some very gruesome moments; a man is stabbed to death through the neck, two men have their throats slit, a man is beheaded offscreen, several characters die brutally in sword fights.
Language/Crude Humor: Some crude remarks buried in the Shakespearian dialogue.
Sexual Content: Some references to sex.
Drug/Alcohol Use: Characters drink casually.
Spiritual Content: Macbeth is a story built on Christian themes and Pagan imagery. Three witches who bear a resemblance to the Greek Fates can predict the future by casting spells. The play explores the madness inherent with guilt.
Other Negative Themes: Depictions of madness, murder, and cruelty.
Positive Content: Themes of meaning, consequence and justice.

Shakespeare’s The Tragedie of Macbeth has been one of the most absurdly well-treated plays in terms of Hollywood adaptations. Most of Shakespeare’s plays are lucky to have one decent adaptation. With the exception of mainstays like Hamlet, Much Ado About Nothing, and Henry V, the majority of Shakespeare’s stories lack a proper mainstream adaptation. Macbeth has been adapted by the likes of Orson Welles, Akira Kurosawa, Roman Polanski, and more! The 2010s even got a big-budget adaptation by Justin Kurzel, the director of Assassin‘s Creed. And now we have a big budget A24 adaptation to bring in the new year.

That said, I don’t know if I would be as excited to have watched the new adaptation of Shakespeare’s Macbeth if it hadn’t been directed by Joel Coen. The Coen brothers remain some of the most talented filmmakers of the 20th and 21st century, and their 38-year career has given us a dozen of the strongest works of film in our lifetimes. This is their newest film since their 2018 Netflix film, The Ballad of Buster Scruggs, and 2016 film, Hail, Caesar!, and I was eager to see what the duo would do with a work of classical literature.

Even more so than the fact it’s an adaptation of Shakespeare, I went into this film curious what it would mean for the overall career of the two because famously this is the first Coen brothers film without the hand of Ethan Coen behind the scenes. Shockingly one of the Coen brothers has retired from filmmaking to work on more modest stage productions and such. The Tragedy of Macbeth marks the beginning of a new era, and for that reason it had enough novelty to make me want to go out of my way to watch it as soon as I could. I wanted to see what Joel Coen would do and could do by himself.

Thankfully any anxiety I might have felt at the possibility of their creative divorce affecting the quality of their output seems to be inconsequential. The Tragedy of Macbeth is an amazing film, an amazing adaptation, and a supreme performance vehicle all by itself.

If you don’t recall the plot of Shakespeare’s Macbeth from your high school literature class, the story follows a great Scottish warrior and thane named Macbeth who is prophesied that he will become a great king upon the death of King Duncan. When he realizes he’s not going to inherit his destined throne due to succession laws, he is tempted by his wife, Lady Macbeth, to assassinate the king in his sleep. Macbeth does this and quickly starts falling into madness as he is haunted by hallucinatory visions of the dead king, beginning to realize that he can’t wash the sin of murder away. As it’s happening, the former king’s son, Mcduff, has absconded England to prepare an army to take back his thrown.

Macbeth is one of the darkest plays in Shakespeare’s pantheon, and that’s saying something because the bard has written a lot of dark stories. His plays thematically explore war, assassination, murder, sexual violence, rape, adultery, bigotry, and general hubris. It’s not surprising that Joel Cohen would be fascinated enough with the story to want to adapt it in the first place. He has never been shy to the nature of tragedy as we have seen in films like No Country for Old Men and A Serious Man.

At times The Tragedy of Macbeth feels extremely dour even by the standards of the Coen brothers. Joel bears the setting heavily down on his characters and makes weight of their actions in this film. It’s depicted with the layer of artificiality and barrenness appropriate to the Coen’s famously absurdist philosophy. This is a world of brutalist halls and sickly swamps, of crushing tyrants and their victims. Joel honors the text without the need for extraneous alteration. There are no ironic changes to the text or dark retelling of the ending to change the themes. This is pure Shakespeare.

The usual cast of Coen regulars return for appearances – Frances McDormand, Harry Melling, Brendan Gleeson – with the added benefit of Denzel Washington as the lead character of Macbeth. Washington is already an established Shakespearean actor with his work with Kenneth Branagh’s Much Ado About Nothing. He brings gravitas and intensity to Shakespeare’s seminal nihilistic protagonist and captures the full weight of every one of his tragic and poor decisions. The rest of the cast shows up to play too, with Corey Hawkin’s Mcduff being a surprisingly empathetic revelation!

In some ways, the film’s style is something of an homage. The production design and staging echo Laurence Olivier’s epic adaptation of Hamlet from 1946 with its cold performances and sharp impressionistic images. I would be amiss if I didn’t mention Orson Welles’ glorious low-budget adaptation from 1947, with its low-budget production design and similarly heavy tone. There is an attempt here by Joel to honor previous adaptations, honor the text, and capture some semblance of old Hollywood grandeur in a relatively modest indie production. The Tragedy of Macbeth is one of the least ironic things the Coen brothers ever made and that’s saying something given their careers always benefited from a kind of ironic spoof of classical film genres.

The film firmly establishes Joel Coen as a director in his own right absent his brother, not that it is ideal. The Coen Brothers have been a Hollywood institution responsible for a unique and emotional voice in the history of American cinema. It’ll be a shame if we never see Ethan Collins in the producer chair again because he’s helped craft some of the greatest works of cinema in our lifetime, but certainly this film fills me with the hope this won’t be the last time we’ll see the Coen brother’s filmography continue to expand.

The Tragedy of Macbeth may not be a story one will appreciate unless they already have some emotional connection or understanding of the core plot of Shakespeare's plays, but those who do understand his work will appreciate Joel Coen's first solo production as a moody performance piece with some of the most foreboding and dark themes brought to life by some of our greatest living artists!