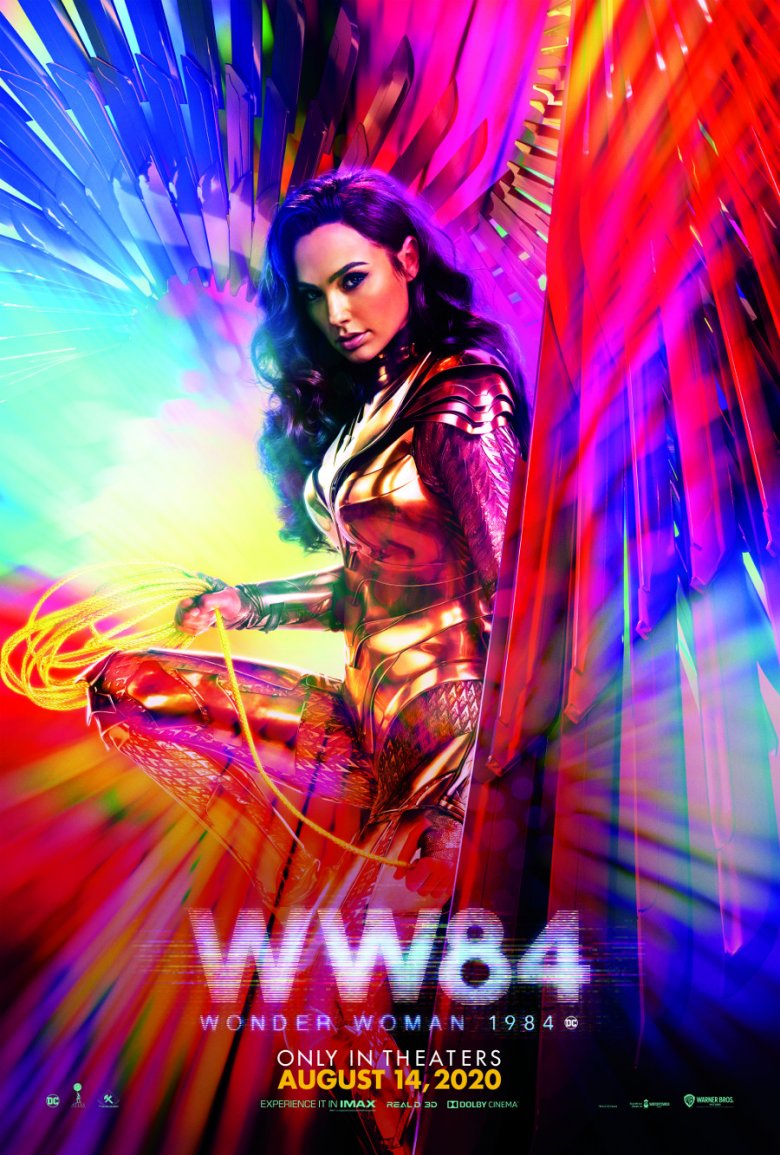 Wonder Woman 1984 has been a hotly anticipated sequel since the premiere of the 2017 original film. Unfortunately, this sequel has been mired in a year full of delays. It was subsequently delayed and released on HBO Max due to the COVID pandemic.

Since Patty Jenkins has recently been announced as the director of the upcoming Cleopatra and Rogue Squadron films, a lot of hype and worry has been riding on the success of this film.

Violence/Scary Images: PG-13 action violence; several moments of blood depicted. Gun violence.
Language/Crude Humor: Minimal to none.
Drug/Alcohol References: Some casual drinking.
Sexual Content: Several scenes of passionate kissing and implied sexuality. No nudity or sex is depicted, although a man and a woman are seen waking up in bed together.
Spiritual Content: References to Greek and Mayan mythology. Some references to prayer.
Other Negative Content: None.
Positive Content: Themes of responsibility, overcoming greed, and love.

Wonder Woman 1984 feels like an older kind of superhero sequel that we haven’t seen in a long time. It’s born from the same school of bizarre light-hearted comedy sequels like Superman III, The Shadow and Batman Forever that just try to plop the central classic character into a basic high concept fantasy story set in a modern-ish time.

At its face, it’s clear director Patty Jenkins didn’t want to make her sequel to Wonder Woman overly serious. That film’s drab WWI aesthetic was overpowering for a character defined by her optimism and emotional strength. A change was clearly called for. I’ve seen aesthetic comparisons to Batman and Robin and I think that’s not too far off. It’s easily the film’s most interesting creative decision and largest weakness. 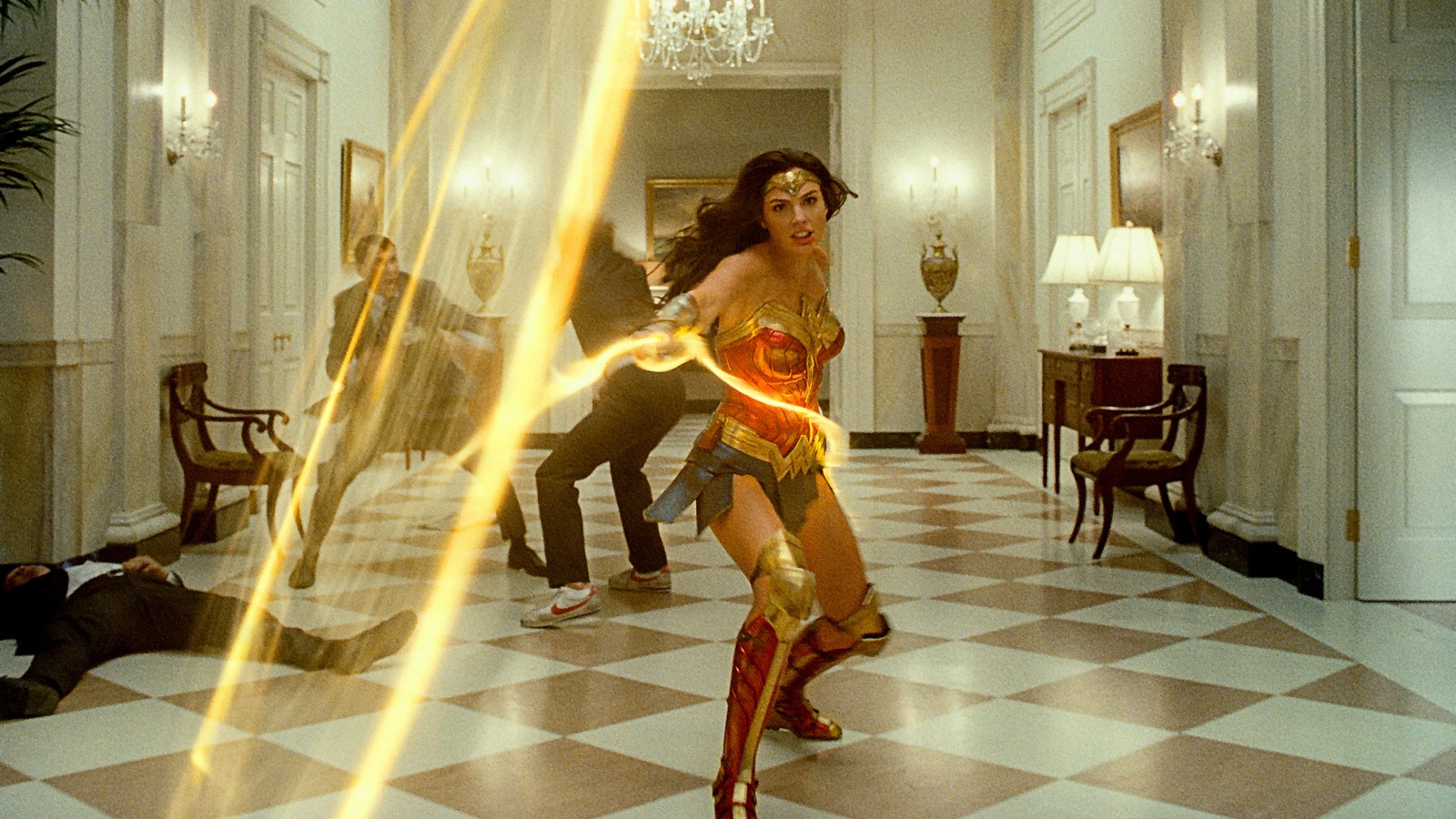 Wonder Woman 1984 is a film defined by its moments. It’s a 150-minute behemoth with a number of wonderful little touches and a lot of nothing in between. You’ll be treated to goofy action beats, like Diana lassoing onto thunderbolts, and an emotional reunion that ranks among the most wrenching of the year. You’ll also be treated to a long stretch of runtime dedicated to characters wandering around the greater Washington DC area trying to figure out what is happening.

I’d charitably call the film messy. It’s an interesting mess that a lot of people will enjoy as a fun sequel, and plenty of others are going to call out as inconsequential. There are plenty of details to talk about though!

The film’s story is a classic monkey’s paw tale. Diana Prince is living and working in 1980s Washington DC as an anthropologist. She also moonlights as a superhero coming to the rescue when necessary, but hiding her identity, since she technically doesn’t reveal herself to the world until Batman vs. Superman. When Diana suddenly realizes the soul of her former lover, Steve Trevor, has appeared to her in the body of a strange man, she finds herself investigating the appearance and sudden disappearance of a mysterious artifact known as the Dreamstone that can grant wishes. 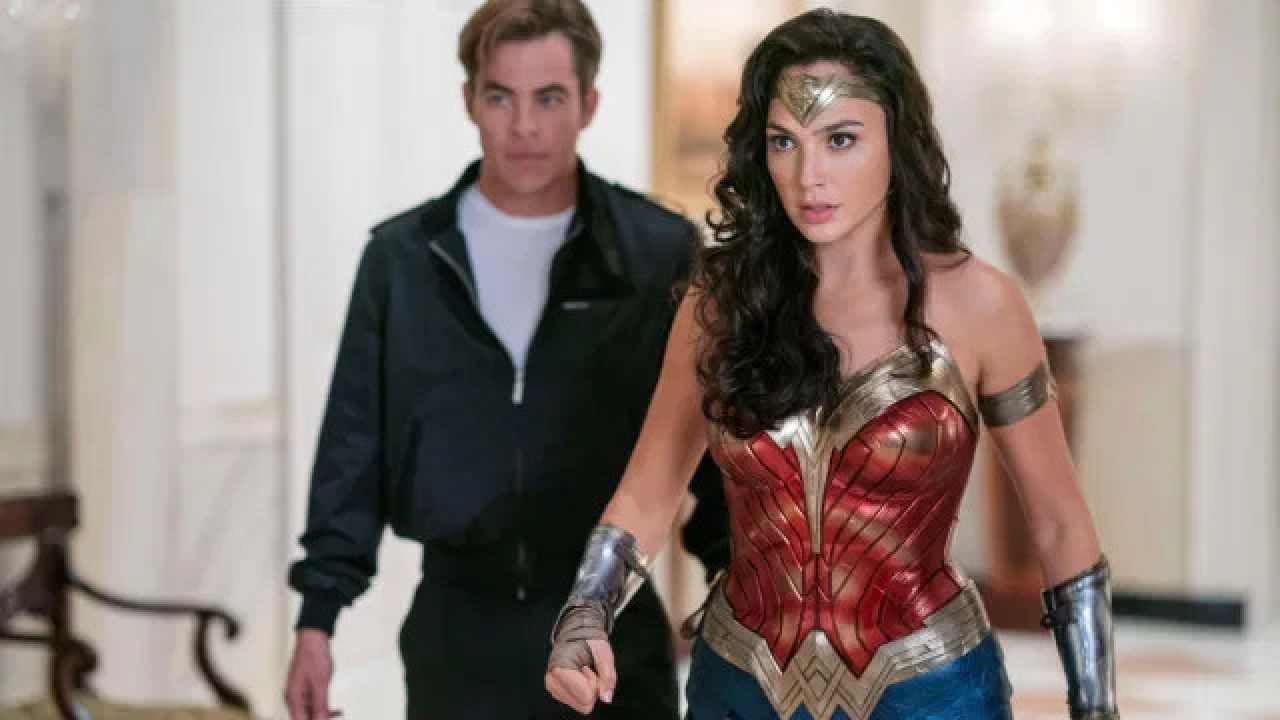 The story ends up being one about the balances of wants and hard truths. Diana wants Trevor to be alive more than anything in the world and it’s what she receives when she’s in proximity to the stone. Other characters gain strength and one character, Max Lord, wishes to transform himself into the stone and grant himself incredible power. The lesson is a longwinded one given the film’s length but it ends up paying off decently well.

The setting for the film is a strange but deliberate aesthetic choice that’s relevant to the narrative’s themes. Taking place mostly in America in 1984, the setting is deliberately capturing the stereotypically consumeristic, indulgent and corporate atmosphere of the decade. Forsaking the more overtly cosmopolitan look at 1980s American politics we get in films like American Psycho and Wall Street, the perspective we get is very street level. The movie begins with a montage of shoppers shopping, fat Americans gorging on cheeseburgers, and infomercials bragging about how to get rich quick. All that’s missing is the hedge-fund managers snorting lines of cocaine. 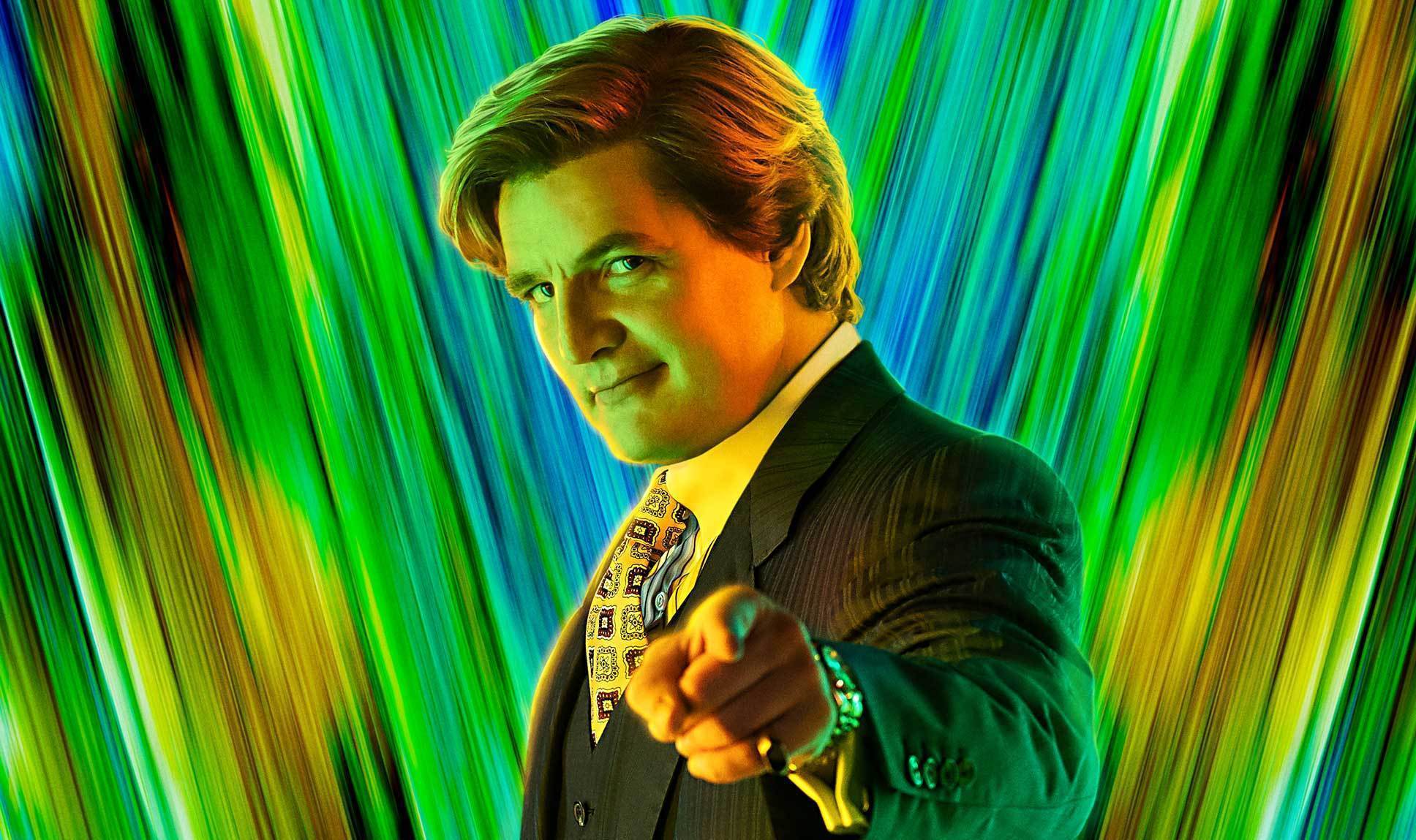 From scene to scene, the film’s object of scorn changes. Some scenes use the setting to call out catcalling while others call out American foreign policy in the Middle East. Some scenes take on a decidedly anti-populist stance as they scathe the masses for their consumerism and sexism, and other scenes blast the film’s overtly Trumpian villain for his greed and egotism. If nothing else, the purpose of the setting is clear: the film is drawing a line between the perceived indulgence and societal malaise of the 1980s and today, with the rise of Trumpism, capitalist excess and modern sexism.

For better or worse, Wonder Woman 1984 is definitely going for the throat.

I’m not totally sure how much all of these themes work on their own or how much they work collectively. They certainly give the movie an atmosphere but the film’s two-and-a-half hour runtime feels stretched out. The actual story feels meandering and underwhelming at times. For a film with a budget this huge, Wonder Woman 1984 feels strangely undramatic and lacking in action sequences. The ones we do get are fine. I can’t say there is anything as visually appealing as the trench fighting scenes in the first movie. 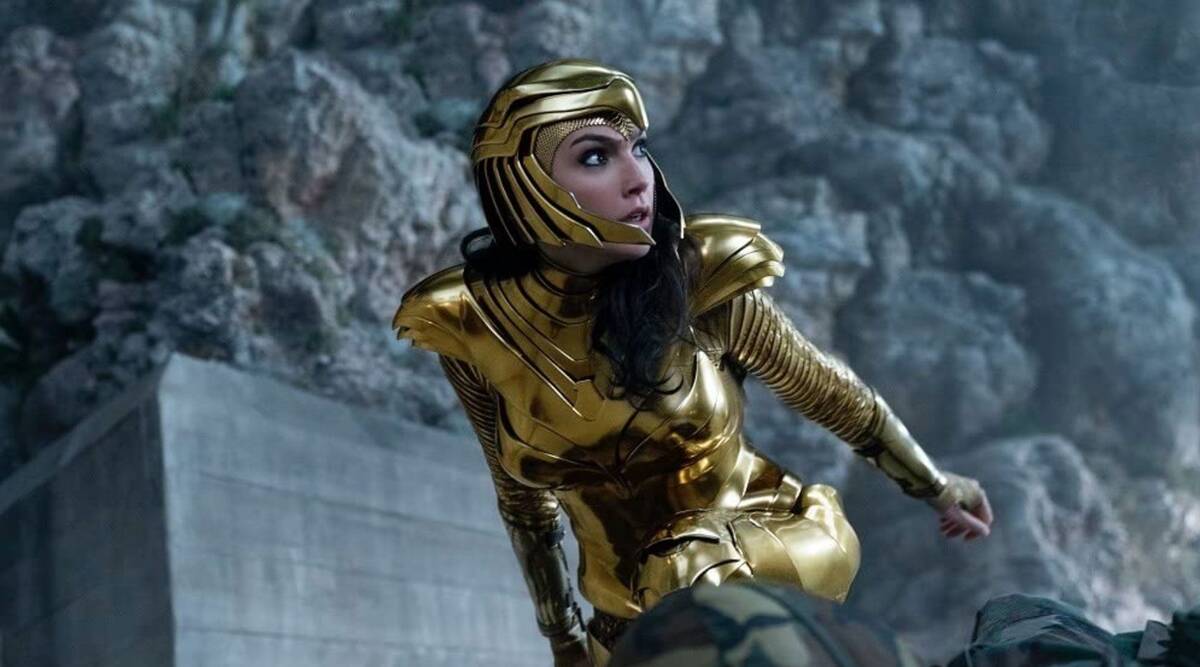 The original Wonder Woman worked mostly because it elevated a very basic and recycled superhero premise with an unusually excellent lead character. Gal Gadot’s Wonder Woman was a deeply emotional and empathetic character. More so than most Marvel characters, Diana is a woman driven by a deep belief about the nature of people and she lives out that belief even in the face of destruction.

Without the basic structure and emotional core of that film, Wonder Woman 1984 feels rudderless and formless. It doesn’t however feel unenthusiastic. Its heights are fun and it’s also low and dull. It’s preachy and on the nose. It’s emotional and goofy. It’s fun and boring. Whether this film will be worth the watch (or HBO Max subscription) is dependent on what you want out of it.

Wonder Woman 1984 is depressingly inferior to its 2017 predecessor. That said, it's interesting. I'm sure what's presented will turn off fans of the first movie looking for something more in line with the character they fell in love with, but there is interesting stuff here regardless!