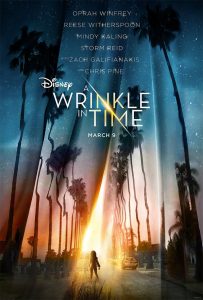 Writers: Jennifer Lee & Jeff Stockwell, Based on the Novel by Madeiline L’Engle

A Wrinkle in Time was one of my favorite books growing up and later on, I fell in love with Disney’s TV version from 2003, which was very loyal to the book, so I was very excited to see A Wrinkle in Time being remade with a much larger budget to hopefully encapsulate L’Engle’s vision for the story. Unfortunately, it was more like the director’s misaligned vision of the story.

Violence/Scary Images: Near the climax of the film a small child is possessed by an evil being and the evil being speaks through him at one point and it’s a bit chilling.

Spiritual Content: Madeline L’Engle was a Christian author, but in this version, they insert a more cosmic and New Age theory. For example, Dr. Murry wants to find the origin of the universe and shake its hand. A character uses telekinesis. Evil is personified as IT.

Other Negative Content: Bullying and Meg acting disrespectfully toward adults.

Positive Content: Meg Murry’s journey to self-confidence. At the beginning of the film, Meg hates herself. She thinks she’s ugly, moody, and can’t make friends, part of this being because of her longing to have her father back. As Meg goes through the film, she learns to embrace who she is and love herself. 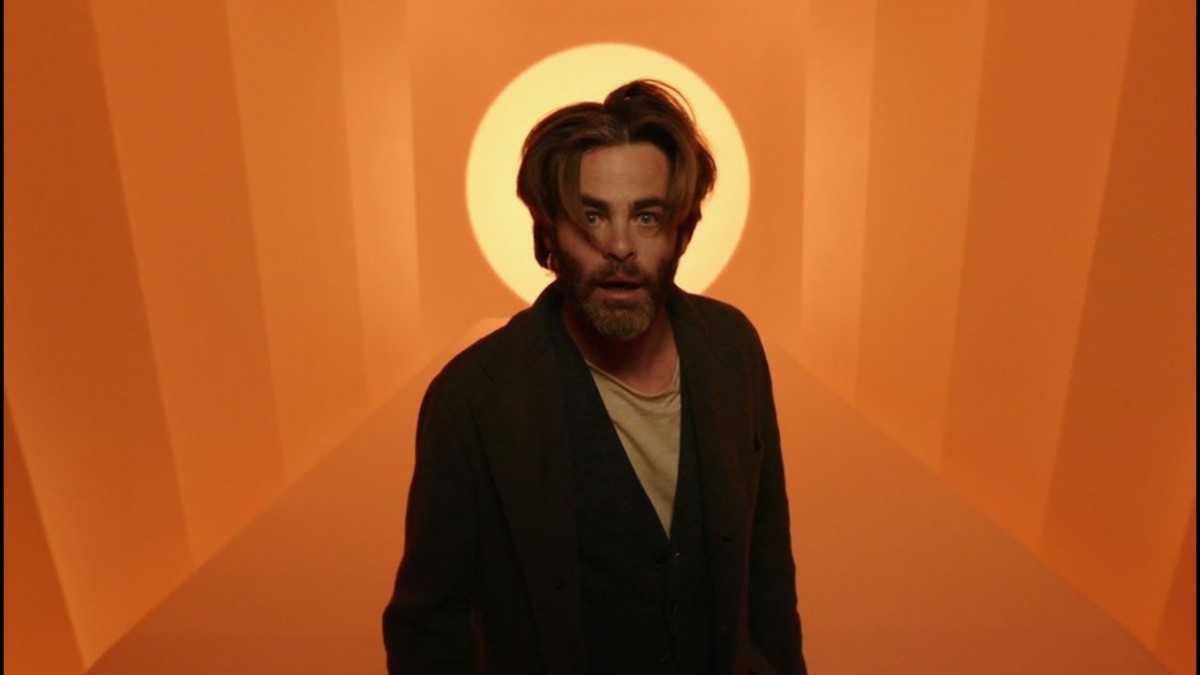 “You have to write the book that wants to be written. And if the book will be too difficult for grown-ups, then you write it for children.” ~Madeleine L’Engle

One of my favorite things about Madeleine L’Engle was her love and confidence in children. When I read A Wrinkle in Time and its subsequent sequels as a middle schooler, I felt like I could do anything. I feel like her books really relate deeply to the verse, “Don’t let anyone look down on you because you are young, but set an example for the believers in speech, in conduct, in love, in faith, and in purity.” (1 Timothy 4:12) I related deeply to Meg Murry, who felt like an outcast because she was different than other kids, but truly she is very smart and brave. L’Engle added a big piece of herself into Meg because she too felt like she was stupid growing up. Her teachers even called her stupid because she didn’t learn at the pace of other children. L’Engle didn’t conform to society’s norms.

Another favorite thing about Madelaine L’Engle is the inclusion of her faith in her stories. Mrs. Who directly quotes one of my favorite passages of the Bible (1 Corinthians 1:27) and the characters mention prominent Christians and saints (L’Engle was a part of the Episcopal Church) as great earth warriors who’ve kept evil at bay. All of these elements are what made Madeleine L’Engle’s books special. They are the essence of the story. Peter Jackson mention in the Appendices for making the Lord of the Rings that he made the movie how he believed J.R.R. Tolkien would have wanted it. He didn’t “put all of [his] junk” into the film. I really wish Ava DuVernay took a page out of Peter Jackson’s book because she didn’t take many out of Madeleine L’Engle’s.

One of my biggest issues with this film is the pacing. Most of the film is all build-up and pretty scenery and it feels like the characters are taking their time to get to their goal. Time was spent adding in new headcanon to the story that could have used to make the film more loyal to the original subject matter that has been popular for decades. The movie didn’t have the same imperative feel as the original plotline that made you keep flipping the pages, mainly because it isn’t revealed that Dr. Murray is trapped by IT until later on in the film. In the original story, maybe a quarter of the plot is spent on build-up and the rest is spent trying to stop IT. In this film’s version, it’s the inverse.

Many of the novel’s themes such as individuality are distilled out to focus on Meg’s journey of self-love, but I felt like they could have easily been included with tightened plot and pacing. Ava DuVernay added in her own themes as diversity as seen in the ethnically diverse cast and even in Charles Wallace being adopted. However, she took away any mention of the Christian elements from the original stories. Mrs. Who’s quoting of St. Paul is taken out as well as the mention of Michaelangelo as a warrior of earth.

The performances of all of the young actors were well done. Storm Reid was a great Meg and Deric McCabe handled the difficult role of Charles Wallace very well. Unfortunately, the other actors didn’t shine as much, this was in part because of how their characters were written. Chris Pine did his best as Dr. Murry, but his character had been changed to someone more selfish, which broke part of the deep bond he had with Meg. Levi Miller’s character Calvin O’Keefe wasn’t given much to do and Reece Witherspoon’s character Mrs. Whatsit was drastically changed from the original. Instead of being loving, wise, sacrificial, and fascinated with humans especially Meg, she’s inexperienced, sarcastic, and even cruel to Meg at times.

I’m not saying that a movie needs to be exactly like a book and I know that’s just not cinematically possible. There have been many movies including the Maze Runner and Percy Jackson and the Lightning Thief that are very different than their original novels, but I still enjoyed them (and others did as well according to the box office). But this version of A Wrinkle in Time felt like the director cherry-picked what she wanted from the story and threw out the rest. The story that generations have come to love was simply not given justice, alienating a sizeable fanbase that could have brought success to this film adaption. The reason why franchises such as the Lord of the Rings, The Hunger Games, and Harry Potter were so successful was because of the enormous fanbase they had behind them.

A Wrinkle in Time (2018) is going to go the way of the Last Airbender. It had the potential to be something great, but when you get on the bad side of a fanbase you pay for it–literally. If you want to see a great cinematic adaption of A Wrinkle in Time watch the 2003 version of this film. It had a quarter of the budget, but all of the heart and elements that children have come to love for over forty years. 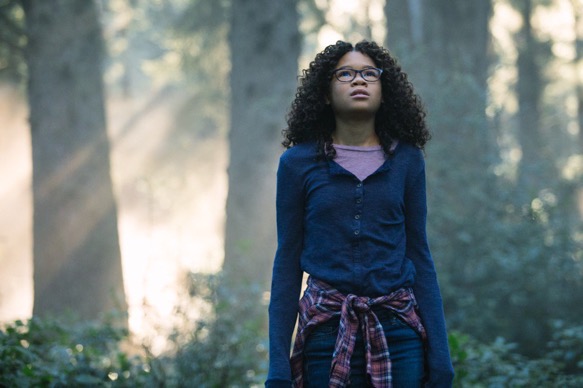