The Good, The Bad, and The Kaiju: Godzilla Through Cinema History 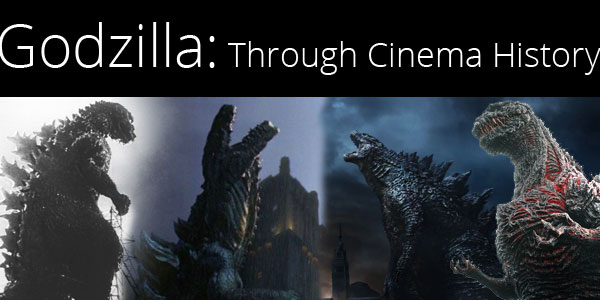 Hello GUG Nation, and welcome to the final day of Monster Week here at Geeks Under Grace. For today’s article, we, Dallas and Celeste, have decided to take a look at the KING of all monsters…Godzilla. Godzilla is one of those franchises that everyone should experience at some point, but with so many movies, TV-shows, comics, and even video games… where should you start? Thinking linear, you should obviously start with the first one! But which first one?

Over the years, Godzilla has had many reboots, ranging from absolutely gorgeous to terrifyingly amazing to “OH MY GOSH WHY AM I SUDDENLY WATCHING MYSTERY SCIENCE THEATER 3000!?” So what we’ve done for you today is taken a look at the four most notable Godzilla reboots in order to give you some idea of where you may want to start. We will be looking at Gojira from 1954, Godzilla from 1998, Godzilla from 2014, and finally Shin Godzilla from 2016. 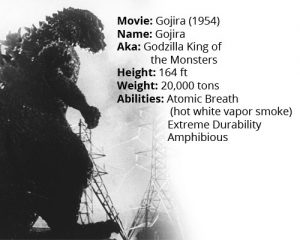 For the purposes of this article, we are speaking specifically about Gojira and not the American Dubbed version Godzilla: King of the Monsters. We’ll get into some of the reasoning soon. That said, this 1954 classic was a ground breaking film that incorporated what was then state of the art technology and film technique to create this shockingly terrifying political metaphor. On the surface, we have a story of a mythological creature that became the nightmare of Japan. However, Godzilla wasn’t just an animal, but the walking personification of the atomic bomb and its effects on the people of Japan. This film was rich with political discourse thinly shrouded by the story of Gojira.

When watching this film, you have to remember it was released not terribly long after the American occupation of Japan. Many of its original viewers still remembered the tragedies of Hiroshima and Nagasaki. The idea of a giant nuclear beast destroying cities and lives was all too real for them—but the metaphors go deeper. Godzilla wasn’t just the bomb; he also represented the people. Godzilla was a prehistoric reptile that slept for millions of years until the H-bomb tests not only disturbed him, but changed him. What many took to be scales were actually precisely placed costuming to show Godzilla had the exact same kind of radiation scaring many in Japan had at that time. When they saw him on screen, they not only feared him, but empathized with him. He was their greatest enemy and their closest friend.

Sadly, much of the gravity of the film was lost in the American Dubbed version. American film makers did not believe their audiences would appreciate the intricacies of the film, and feared offending people here in the states. 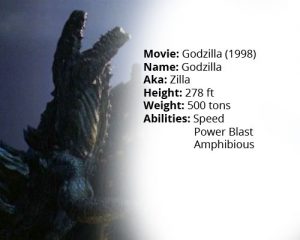 This reboot, while failing epically at the box office, may hold the most nostalgia for millennials. It had many things about it people did not like, but it’s a legitimately entertaining comedic movie. The production company got permission from TOHO Co Ltd. to do a Godzilla movie, but there were certain rules they had to adhere to. We are not certain about all of these rules, but we do know Godzilla was not supposed to die. Spoiler warning: That was the one that got broken.

Fans were not terribly happy with this film for a variety of reasons. One of those reasons was the disappointment in Godzilla’s origin story. In this film, following a military nuclear test in French Polynesia, a marine iguana nest is exposed to the fallout of radiation. As a result, this version of Godzilla looked sleeker and more fit, but he seemed to lack the presence previous incarnations held. The level of disappointment was so high that Toho executives decided this version would forever be known as “Zilla,” stating, “they have taken the ‘god’ out of ‘Godzilla.’”

Another interesting tidbit about this particular film is in the original screenplay, Godzilla was not supposed to have any “breath powers.” A fan found this out and protested, so the “power blast” was inserted into the movie. Fandom wins again! 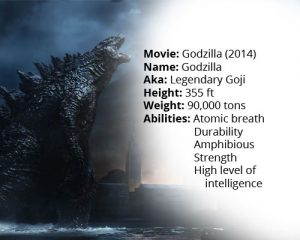 The 2014 revival of the Godzilla franchise in the United States is what many believe should have happened in 1998.  This movie showed honor and respect to his Japanese predecessor, while at the same time engaging American audiences in a high-paced, action-packed, yet thoughtful way.  Here we meet an ancient life form that survived several extinction events by consuming geothermal radiation and then going into a hibernation-like state at the bottom of the sea. This ancient Alpha Predator instinctually worked to keep a balance in his ecosystem.

However, due to government nuclear testings in 1954 (an obvious nod to Gojira), an awakening of ancient beasts causes Godzilla to come forth.  During this film, we experience a more protective and methodical Godzilla. That doesn’t mean he’s not still destructive and animalistic, but he does seem to take note of his surroundings (i.e. the scenes where he dives under ships instead of just destroying them).
This movie leaves you feeling strangely good and excited for more. There’s even a scene where you kind of want to give Godzilla a fist bump. This movie was so well received that it’s become the official start of the Legendary Monster Cinematic Universe. The next time we get to meet this Godzilla will be in the upcoming film Godzilla: King of Monsters, where reports tell us he will face off against King Kong himself. 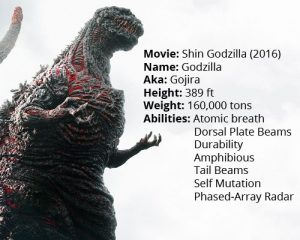 2016 saw the first Japanese rebirth of Godzilla in many years. This Godzilla is what some would call a love letter to his predecessor. Here we have a prehistoric sea creature that found itself surrounded by nuclear waste on the sea floor in the 1950’s, and rapidly adapted to withstand the increased radiation. In 60 years, the organism grew and adapted to what you see at the beginning of the movie. Unlike the last two films we covered, this Godzilla is truly terrifying as he makes his way across Japan. Everything about this version is taken to the next level, while still showing respect to the 1954 version.

Even his atomic breath is an interesting homage to Gojira, as it starts off as a cloud of smoke pouring out of his mouth. What begins as an epic, cool scene quickly becomes a terrifyingly beautiful one as fire comes raging out of the creature and is then focused into a beam of brilliant purple light. This Godzilla is no laughing matter; he is not your fist bumping protector, but a force of nature. With graphics cut with anime-inspired cinematography, this is a film that keeps you drawn in.

This film also sees a return to political commentary, as it takes obvious jabs at the bureaucracy of the Japanese government. Time after time, the point is made that the government doesn’t seem to be able to make a decision in a timely manner. Some speculate this particular Godzilla was meant to be the personification of the Fukushima Daiichi nuclear plant and this entire film was meant to be a political commentary on the nuclear disaster there (2011). This film was meant to make audiences think and feel uncomfortable about their uncertainty.

So what are our thoughts? Which Godzilla film should you watch first? Which one should you use to introduce your friends to the franchise?

If you are fan of classic sci-fi/monster films, have an affinity for old school movie techniques, or are simply a fan of Godzilla and need to know his origin, then you need to watch Gojira from 1954.  If you miss the 90’s or simply want a movie to play in the background, then perhaps the 1998 Godzilla is the movie for you. If you want a film that’s action packed yet still has a great story for you to follow, then check out the 2014 Godzilla. If you want to see a modern political film with heart racing scenes that pay homage to the original Gojira, then you must see Shin Godzilla.

Over all, the choice is yours. Select wisely and enjoy your journey—just don’t get eaten by a kaiju.