The Christian Traits of the Teenage Mutant Ninja Turtles 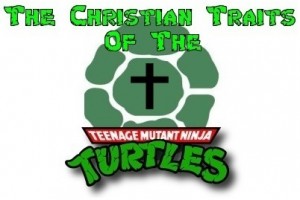 We all know that the story of the Teenage Mutant Ninja Turtles isn’t necessarily about Christian living, but Christians can pull some spiritual truths from these secular stories (as I highlighted in Symbiote Spider-Man: A Metaphor for Christian Living and Sin). The same can be done with the TMNT under the precepts laid down in the last article.

Each of the turtle’s personalities have characteristics that we can emulate in our relationship with God. As members of a team of brothers, the teens’ love for each other, and the necessity to be able to work together, draws out qualities that we have when dealing with our relationship with God. We love Him and work with Him in our daily lives, just like the turtles do when battling the Foot Clan.

I will highlight a specific characteristic of each of the turtles, and one of the team as a whole, that we can take notice of when watching our favorite ninja team and working on our walk with Christ. So when you sit down to enjoy the movie tomorrow, you can also walk out of the theater with some Biblical truths if you take note of these characteristics the boys show while you watch. 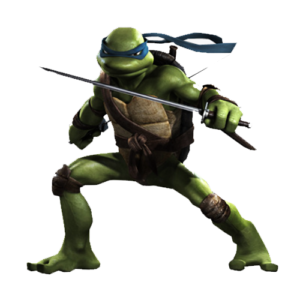 As the leader of the team, Leonardo’s ability to approach a situation humbly has always been a keen attribute. His quiet reflection and humble resolution has pulled the team out of many sticky situations. Often times, he pulls his team out of danger to consult the wisdom of their leader, Splinter, in lieu of choosing to go with his immediate reaction and likely lead the team into trouble. While there have been times where Leo falters in this the humble approach.

Many verses of the Bible call us, as Christians, to be humble. If we act like Leo does and consult the wisdom of our Leader before jumping into a situation, we will always be better off as well. In 1 Samuel 23:2, David consults God as to whether or not he should attack the Philistines, and, as a result, he is victorious over them. David could have easily chosen to attack the Philistines without God’s blessing, but the results could have been much different.

If we approach things in our lives with humility, God will lift us up (James 4:10). It can be easy to let our pride distort our decisions and be led down a destructive path as a result. Keeping this trait of Leonardo’s will help us in our walk with Christ. 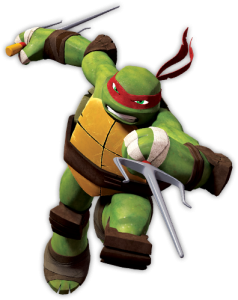 As the hot-headed member of the team, it can be hard to see Christian attributes from Raph. He is usually seen charging into a characteristic, he generally tends to favor situation and letting his attitude get the better of him in a conversation. Let’s not judge too quickly though. Many times, it is this headstrong turtle that draws the team back into the fight. It’s this attitude of perseverance that we Christian can use as a model.

Many times, when the others are holding back from a tough obstacle, Raph’s persistence will get the team motivated to act. His determination to “get it done” is sometimes the only reason the turtles complete their mission. The constant motivation to act is necessary for any team.

Christians should persevere in their faith as well. We can spend a lot of time planning actions for evangelism, but if we can’t push ourselves through the tough obstacles then we will be leaving people unreached. In Galatians 6:9, Paul tells us to not become weary of doing good. Evil certainly does not become weary, so we must not either if we are to overcome it. Emulating Raph’s perseverance can benefit us in prayer, evangelism, and battling the evils of this world. 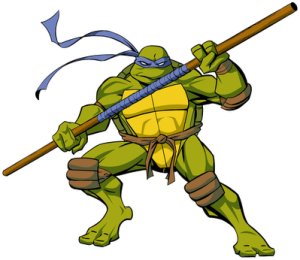 He’s the under-appreciated turtle that’s often the glue that holds the team together. Donnie is usually found in his shop or lab when the team is at home, working on some gadget to help the guys in battle. The other brothers are known to give Donnie an unreachable goal that he always finds a way to overcome. Whether it be a blimp, a sewage cannon, or a pizza-maker in the Turtle Van, Donnie doesn’t usually disappoint (Though I haven’t seen a pizza-maker in the Turtle Van yet. Sorry, Mikey.). He rarely expresses discontent to his comrades because he finds happiness in serving their cause.

This attribute is key to Christians. Having an attitude of servitude toward God and others is crucial to living within His will. In John 13, Jesus washes His disciples’ feet to show an act of servitude. The disciples had recently behaved in contrast to this attitude when they had argued over who was the greatest follower (Luke 22:24). That debate showed a hardness in their hearts that we are not supposed to reflect as Christians. 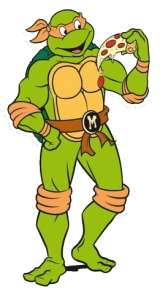 What is life without joy? What better turtle to exemplify this trait than Mikey? As the playfully funny brother of the bunch, Mikey is often just what the team needs to get out of a funk. His care-free attitude gives the foursome a lively tone. Though this trait can sometimes be seen as a curse to a certain red-masked turtle.

Mikey’s happy spirit can give some chuckles in times of desperation. Since the other brothers are more serious, he uses his good nature to lift the spirits of those around him. This magnetic feature often makes him a favorite among fans. Joy is a great attribute to mirror in order to make our faith attractive to others (and give us an all-around better opinion of life).

We are the sons and daughters of the One True God! We are saved by grace through faith and given life in eternity through Christ’s sacrifice! We of all people have a reason to be joyous! “But let all who take refuge in You be glad; let them ever sing for joy” (Psalm 5:11). We are called to take up our crosses, but we know that the victory is won! God is there for us to lean on in all of our hard times. We have great reason to show the joy Michelangelo embodies.

These turtles are a great example of the faith we can have in our Heavenly Father. They take on fearsome foes without a second thought for their own safety. They know beyond a shadow of a doubt that their brothers will be there to catch them when they fall. Every turtle (and Splinter) at one point or another has been caught alone, captured, and interrogated. Without a hint of fear, they trust that they will be soon rescued. The turtles can stand firm, knowing that their brothers will be there for them. 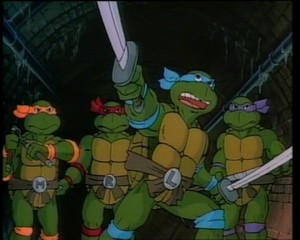 God shut the mouths of the lions to save Daniel in the lion’s den (Daniel 6:22), He rescued Jonah from the great fish (Jonah 2:10), and He has saved many other people. “Have I not commanded you? Do not be afraid; do not be discouraged, for the Lord your God will be with you wherever you go” (Joshua 1:9). We have Someone who is much more worthy of our trust than the Teenage Mutant Ninja Turtles (I know they are fictitious; stay with me). Our God created all of existence and holds it together (Colossians 1:17). We can trust Him to catch us when we fall! We rest in the authority of the author of all things with our trust!

Through fierce perseverance, with a servant’s heart, humbly, joyfully, and with faith, the Teenage Mutant Ninja Turtles triumph over the evil Shredder. Each trait is important for victory. One trait on its own can do many things, but a healthy mixture of all makes an unbeatable bond. When we combine these traits in service of God, we too become a force to be reckoned with.

So keep these truths with you the next time you watch the teens, and you can end up with more than entertainment; you can be empowered!