Adam Young (Owl City) has been making music since 2007 by that name.  He started out in his parent’s basement and uploading his music onto Myspace (remember that?  You don’t?  Aww…) and it became a hit!  Garnering millions of plays, he was eventually signed to Republic Records in 2008 (1).  Ocean Eyes was the title of his major album, which is really great in my opinion.  It’s the one that got me hooked to Adam’s sound.  Think of electronic pop meats poetic, thoughtful and realistic lyrics.  Imagine taking a dive into Adam’s mind with wonderful rhythms, flashing lights and colors all around. 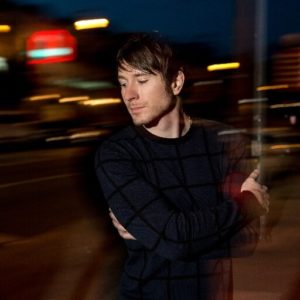 Now, to give you the skinny on his new EP, Ultraviolet (which is the first of several EP’s coming soon), it’s a step in the right direction.  The fact that Adam is a Christian has always been a positive for myself because I have the assurance that the spirit in the music isn’t one of depression, hate or any other self-destructive emotion.  The first song that hits you is “Beautiful Times“, the single that features Lindsey Stirling (another amazing artist!) and some catchy tunes.  The lyrics display someone who is going through a personal struggle, but they are trusting to have the strength to get through it all regardless of the circumstances.

The video is one of my favorite’s of Owl City.  The wonder and imagination of the child reminds me of when I was a child in my own room, looking at the world around me in new ways.  It takes you back to those innocent times where life seemed so much simpler and interesting.

Right after you get blown away by that one, you have “Up All Night”.  This one is my favorite, even more so than Beautiful Times in regards to sound (I enjoy the lyrics of Beautiful Times more).  I think he’s talking about a dream where he was with someone he loved, and now he’s going to be up all night because he realized it was a dream and that person is gone.

I cried and the tears fell from my eyesLike a waterfallAnd I swear I could feel you in my armsBut there was no one there at allYou were my clarity, I swearAlone in a daydreamYeah there was magic in the airAnd you were right here beside meHeld down like an angel with no wingsI wanna fly againI just can’t get you off my mindAnd now I’m gonna be up all nightWoah oh oh oh

The last two songs are “This Isn’t The End” and “Wolf Bite”.  The first one is a story about a lonely girl whose father commits suicide and leaves his family behind, even though he said he was “ok”.  It’s actually very sad, but I love that Adam shows us hope in the midst of pain and emptiness.  At the end you see the power of forgiveness, and you can even hear it in the upbeat of the song around the end.  It makes you want to smile and cry at the same time.  I feel refreshed after hearing it.

“This Isn’t The End”

Wolf Bite is extremely catchy, and sounds similar to any pop-club track but if you listen to his lyrics, Adam is showing us how to be guided by God before we get distracted and tricked into falling for satan’s trap.  The verse he’s referring to is Matthew 7:15 where Jesus warns us of falling for a wolf in sheep’s clothing (someone acting nice or helpful, when in reality they just want you to do what they want for their own benefit).  Great track that you catch yourself singing to whenever it’s on, but remember to stay away from the Wolf Bite!. 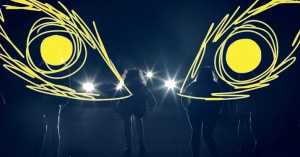 Pick this one up here!  If you’ve never heard of Owl City, it’s just some great geeky music that has a positive message.

What’s your favorite Owl City album and why?  How did you find Adam’s music?  Have you seen him live (I haven’t)?  How was the performance, and should I go out of my way to attend one of his shows?  God bless!