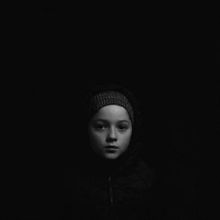 Since joining Humble Beast in 2017, “Strength and Beauty” is the first original work to emerge from the Seattle-based group. Following in the musical style of their reconstructed 2017 In Part album, “Strength and Beaut”y quietly pierces the soul with grief-stained hope.

Diverging from a common song progression, “Strength and Beauty” jumps between verses, progressively telling a story of brokenness and defiled grace. The sole remnant of a chorus – the imploration to listen to the song of the broken – permeates only intermittently throughout the track.

While the first two verses progress, the melody remains uneventful as the lyrics tell the tale of God-given providence and grace defiled by the artist’s rebellion. Only once the third verse arrives does the melody escalate as the lyrics echo a nurtured, but wounded, hope. The song ends on a crescendo with joy and rhetoric.

Throughout the first two verses, the artist describes both the natural gifts of life as well as corporate responsibility for the pain and sin profaning these gifts. Gifts like justice, grace, strength, and beauty are all described alongside the lyricist’s defiance.

The lyrics are telling and speak of incredible spiritual and social injustices.

Hatred taken over our eyes,
And we defend it,
Reform repentance.

Sound familiar? We need only look around us in society to see behavior where hatred is not only defended, but repentance is reformed to conform to a hate-filled theology. While this is not as explicitly social as other contemporaries (Lecrae or Propaganda, for example), the injustice described is no stranger to us.

Yet, Citizens takes this an uncomfortable step further. Coupled with the injustices is a repeated refrain emphasizing corporate responsibility for these acts.

“Deep in our blood”; “Hatred taken over our eyes”; “Violence stealing love from our lips”

I’ll reflect on this further below, but for the moment, it’s worth noting the ramifications of this claim. The pain Citizens described is not only universal— it must be owned, and it cannot be left unanswered for.

Before stepping into the third verse, Citizens calls the listener to hear the ‘song of the broken,’ affected by the injustices described in the earlier verses. While the described ‘broken’ appear somewhat ambiguous, it is unmistakable that the corporate responsibility accepted earlier causes the personalized pain described here.

As the third verse develops, the pronoun ‘she’ repeats, reflecting a personalized tone different from the rest of the track. Insofar as describing her as ‘a child’, one could interpret the child as being a metaphor for the broken.

The noticeable shift between the corporate first-person (‘our’) to the third-person (‘her’) crafts a relatable track with clear personal undertones. Quoting lead vocalist Zach Bolen, the Humble Beast biography for Citizens states,

“You can share as much as you want about the Gospel on Biblical terms, but the true power of the Gospel comes from you telling your story.”

Anyone would be hard-pressed not to agree with the personalized tones of Citizens’ new single. The stark question lingering for any listener is: how we will weave our own story into the lyrics?

Like the artist, our own stories are riddled with pain, stemming from the effects of sin. We have witnessed the strife, agony, uncertainty, and hopelessness. And while we can easily (and often times truthfully) point the finger at some else, we must also bear some blame.

The moment we grasp the weight of defiant rebellion in the face of the Almighty, we see the blood our hands have spilled. We have no excuse. The book of Romans describes it well, when Paul states in Romans 5:12, “Therefore, just as sin came into the world through one man, and death through sin, and so death spread to all men because all sinned.”

Do you see the trickle of sin? From one man, to all. The same pain resonates in the song, as the free God-given gifts of grace are defiled and trampled. The same chapter later describes death as ‘reigning’ and bringing condemnation through the one man’s sin. The language paints a canvas where one action has rippled throughout history.

Thankfully, this is not where the song ends, nor where Paul finishes in Romans 5. For as “Strength and Beauty” struggles through the pain, it strives towards hope. Paul also describes this hope in the second Adam, through whom life and justification come. In Romans 5:20, Paul puts it poignantly, “where sin increased, grace abounded all the more.”

This is the cry of this song, of our hearts, and of redemption. The cry of enjoying a future glory where,” He will wipe away every tear from their eyes, and death shall be no more, neither shall there be mourning, nor crying, nor pain anymore, for the former things have passed away” (Revelation 21:4).

As the song draws to a close, Zach asks the listener, ‘Do you see it?’ Take stock of this question.

It is far too simple to accept biblical truths about the Second Coming, but another to actually see how this truth gives us hope. Not just for the future, but for today. While we bear the responsibility for our sin, we do not bear the burden of making all things new. This is not an excuse for apathy, but a reason for seeking the kingdom today.