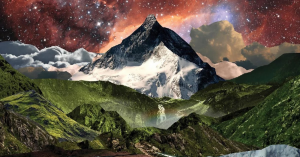 When Kings Kaleidoscope released their 2016 album, Beyond Control, the expectation for another rich composition was rife.

The release of their first album in 2014, Becoming Who We Are, already captivated an audience with Chad Gardner’s sound theology and jazz melodies. It could only be assumed the new album would maintain this momentum for the Seattle-based group.

And when Chad revealed how his son’s death led to the emotional lyrics in the feature, “Zion”, what he felt then became real for many listeners. The blend of sorrow and hope reflected a painful faith. If it had remained there, this would be sufficient to remind his listeners of our ultimate hope in Christ when confronted with grief.

Yet two years later, Beyond Control surfaced, and listeners instantaneously became divided. Within the new flavor of improvised melodies and unique blends, an uncomfortable phenomenon emerged as the ‘F’ bomb was dropped– not only once, but twice in one track. Drawing from personal pain, Chad Gardner shared his pleas to God in “A Prayer,” in the first half of the tune where the profanity occurs. In the second half of the song, this is followed by a response Chad felt Jesus speaking to him (and is truthfully, very beautiful to listen to).

The end result was unexpected. Some defended the usage, in an argument for artistic authenticity. In turn, others rebutted in the name of holiness. Escalating these concerns further– although a clean version of the song was later produced replacing the unwelcome word with ‘vicious’, the exclusive release of the explicit track on Spotify still raised many eyebrows.

Yet I digress… for this article’s purpose is not to relive this debate. Rather, it is to reflect on how Chad and Kings have grown since then, and to raise the appropriate question of how we publicly (and personally) respond to the expression of pain.

The early church once debated over whether Christians, who had apostatized, could be welcome back into the church if they repented. This reflected an intention to preserve both church integrity and genuine fellowship in the face of public persecution. Today, perspectives on swearing in ‘Christian’ music reflect a similarly serious undertone.

One need only read the public commentary on Chad’s lyrics, to discover at best, a strong underlying concern and, at worst, outright condemnation to preserve the face of popular Christian music. For this reason, the release of King’s 2017 album, The Beauty Between, demands that we ask ourselves what we learned from this debacle, that we may personally worship God more abundantly going forward. 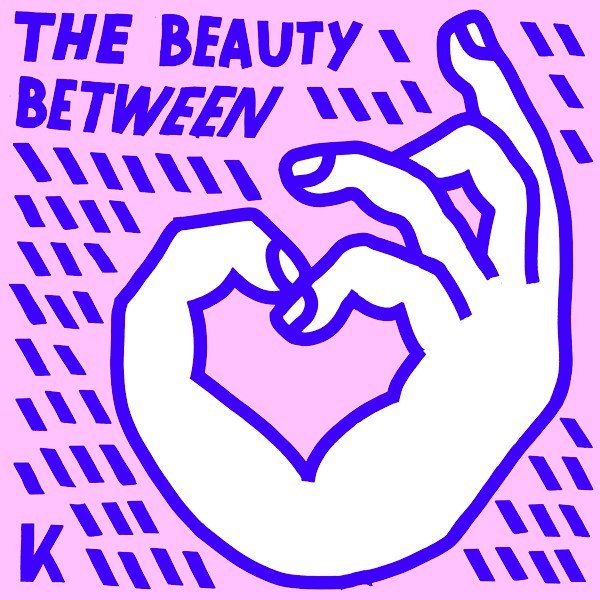 It is worth noting: their new album does not include any profanity. The repeated use of ‘Oh my God’ in the feature, “Playing with Fire (feat. Propaganda)”, may sound rough but is – arguably – theologically well-placed. After all, the phrase is not foreign to Scripture (Psalm 25:2) if it’s placed within the proper context referring to the object ‘God’. The song’s underlying premise is a broken awareness of social injustice that we both propagate and are surrounded by, leading the artist to sincerely cry out ‘Oh my God.’

While I respectfully acknowledge some may disagree with that commentary… the absence of cursing at least urges us to reconsider how we see Kings now. Are they tainted or cleansed? Under wrath or forgiven?

Their new album, unmistakably rich in theology with the prominent theme of social justice, collaborates with the likes of Propaganda, Andy Mineo, and Braille. Together, they string together lyrics drenched in worship and musings for Christian growth. Undoubtedly, Kings Kaleidoscope has blessed many with their latest release, in which they made the intentional choice not to repeat the profanity of the previous album. If we draw the picture of the tree with good fruit (Matthew 7), is this new album not good fruit?

Even taking the counter perspective – that Chad should never have repeated his journal verbatim – is his sin so great that the promise of 1 John 1:9 does not apply, where God promises that He is faithful and just to forgive us of all transgression?

Returning to the core of this discussion, we are still left with the obvious predicament of proper worship in the face of unbearable pain. Drawing on the Scriptures, the image of Job surrounded by his friends and wife, comes to the fore. Are we to question God, curse God, or dwell endlessly on how our sin may have caused our grief?

The answer may be simpler than we would like. Kings’ new track “Safe Retreat (feat. Braille)” expounds this sentiment more than sufficiently, when Chad sings,

The simple matter is, a storm has come and passed. Kings Kaleidoscope has wrestled with their music, and so have we.

Odd Thomas from Beautiful Eulogy, speaking on the same subject in their album Worthy, comments “I think God, in His kindness, used . . . years of wrestling through things, the pressures of life; all those things I think the Lord used to produce in us, this rich and deep sense of dependence.”

The same testimony can be said, not only for Chad Gardner, but also for the whole group. This is not a question of authenticity or holiness or even whether the clean version should have been on Spotify. Rather, it’s a moment for rejoicing that, regardless of however we may view “A Prayer,” God is still ultimately glorified in the lyrics of King’s Kaleidoscope.