If you are a fan of EDM, Techno, Trance or any other sub-genre you’ll want to check out David Thulin. He’s a producer of remixes and original beats and has a one hour syndicated show on NRT Radio called The Reconstruction, the new sound of Christian EDM. He not only wants to bring a futuristic sound to Christian music but also be a light in a dark place, where ravers, clubbers, and fans can hear a positive message and feel God’s presence through the music.

I’m a personal fan of David Thulin. I have most of his music on iTunes! Recently, I had the privilege to interview him about how he got into the game, where he sees the genre going, tips for upcoming DJs and of course, a slew of geek-related questions.

GUG: Hi, David. Thanks for the opportunity to do an interview with us here at Geeks Under Grace. I’m grateful for your time, and it’s an honor to have you here on the site.

Hey! I’m excited for the opportunity!

GUG: So, first question, how did you get into electronic dance music (EDM) and why did you choose to only produce Christian material as of now? Give us some of your background as an artist for those who have never heard of you or your music.

Growing up in Europe, dance music was all over the place, but I really fell in love with Trance in 2002. Since then I’ve been a Trance/Progressive junkie lol. Now with the new “EDM” fad there’s lots to be excited about, but I’ll always be a trance lover at heart. Being a Christian it made sense to make music with a positive message. If I get a chance to work with general marked EDM guys though, I’d jump on that for sure.

GUG: What’s your creative process when you create music? Do you have other artists/bands that you look to for inspiration or to improve as a producer?

A blank session is very inspiring to me. It’s a clean start, sorta like a painter with a blank canvas. I do listen to lots of other artists for inspiring ideas, but it’s not always a part of the creative ritual. I just get in a zone, and it’s like time stops and many hours later there’s a track. Then I get shocked because it’s 3 a.m. and I’ve been at it fourteen hours without eating or breaking haha! I look mostly to film score composers and dance music producers. I love Jeremy Soule, Alexandre Desplat, Howard Shore, as well as Seven Lions, Grabbitz, Zedd, etc. I could list a hundred more.

GUG: Okay, so I noticed that you do a lot of remixes of other artists. How did that start, and how have you been able to connect with big names like Group 1 Crew, Natalie Grant or Colton Dixon? 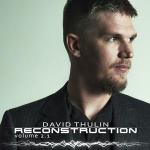 Back when I was on Dream records, I was attempting to release instrumental tracks but they got no traction. So it made more sense to have vocals on the releases since Christian EDM is an extremely new concept to the general consumer, so we went on a journey to find anyone with quality music who would let us remix them.

The label negotiated terms and got me stems, and I did the rest. Then relationships formed, and I found myself crowned a Christian remixer, haha. It was a lot of work but somehow felt like an organic development. It just made sense.

GUG: So I am a big fan of CEDM (Christian EDM) and I am seeing more and more great music being produced these last few years. Where do you see the genre heading, and what can other upcoming DJs/producers do to make a bigger impact for Christ in the industry?

The biggest thing for me is a fear of CEDM becoming a click. Don’t stone me, but I personally don’t like the term, lol. We, as Christians in the already existing EDM scene, need to just be a light and show people the love Jesus showed us. The EDM scene is all about PLUR, and though certain lifestyle choices aren’t healthy for people in the scene, we need to be examples and show love to people.

Jesus didn’t come to condemn the world, but to save it through him. It’s on the Holy Spirit who can change the hearts of man, so I just hope as Christians we stay close to God in our personal lives so that it shines through when we interact with people who have yet to receive the gospel.

Yes, there are things that are wrong, things people do that are sins, but it’s not up to us to judge or condemn people for that. It’s up to us to show them that there is freedom in the name of Jesus. In many circles, Christians have become known for their judgmental attitude and hate shown towards “sinners.” I don’t want to be known for that.

If someone isn’t living right, only the Holy Spirit can change their hearts, which means we have to be open to God’s voice and ready to say and do when He calls us. You’d be surprised at how many people in EDM are open to the gospel. All this to say, as Christian producers and DJs I think that it’s important that we don’t just create a Christian version of the EDM scene, but rather learn to exist in the already happening EDM scene.

GUG: It’s always encouraging to hear testimonies of what God has done through a person’s ministry, so have you ever met or been contacted by someone who was impacted by your music in a positive way? 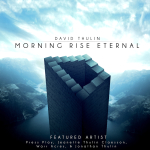 Haha, mostly people just tell me they exercise to my music. I think the times that make me most excited is when people who are obviously not Christian comment that they love my tracks. That tells me that people are hearing the message of the song, and nothing could be more gratifying than that!

GUG: Okay, so for those who are interested in becoming a DJ or producer, are there any tools you could recommend? Any wisdom you could share that you would’ve loved to know before you first started?

I am first and foremost a composer and producer. I’ve been crowned a DJ, but I don’t even own turntables or a controller lol. Maybe it’s time to buy some… 😛 Anyhow, with producing it’s about training your ear. Also a HUGE piece of advice is this: don’t publicly post unfinished songs or work-in-progress tracks. Ever. Everything you put up should be finished, and properly mixed and mastered.

If you don’t know how to mix and master then my advice is to take a year or two and train yourself, produce and write every day, grow, and when you’re ready start to show your work. I often post secret links and send it off to friends who can critique me harshly before I ever post anything official.

Regarding becoming a DJ, that’s just practice, practice, practice. The most important part of being an EDM DJ is the ability to choose the right tracks for a set and to interact with the crowd. Reading the crowd and adjusting your set on the fly is a must. If you’re losing their attention, adjust.

Getting your transitions right is a technical issue and is important, so definitely practice that. Also, learn to do it without the sync button. That way you’re never caught off guard if someone throws you an old pair of CDJ decks or something where you have to manually sync.

GUG: Now the fun questions! We are a geeky site, so get ready to tap your inner geek.

GUG: Favorite video game and why?

Oh that’s hard. I’ve gamed since I was five, so like twenty-six years lol. I love large open-world RPGs. I beat Fallout New Vegas for every faction. I played Oblivion over and over. Pure mage ftw! I played WoW since Burning Crusade. Hated Cata. Might play Warlords, will see. Been too busy with music, haha. But I play a mage for DPS and my main is a resto shammy. I also love retro Nintendo games. I’m a total Zelda freak, though I haven’t played all of them ever made, both the original 8-bit Zelda games are so good, and Ocarina of Time was bomb, as was Wind Waker! I recently sold my Xbox due to being too busy, so now I just play Clash of Clans and sometimes break out my GameCube and play Need for Speed Underground 2. 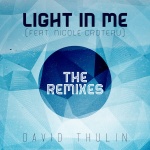 I just finished Dexter, and am in the middle of Revolution season two, but I derailed a bit and am totally sucked in to Cosmos: a Spacetime Odyssey right now. I totally love documentaries, especially about astronomy.

GUG: Best fantasy or sci-fi movie ever made and why?

Besides the cliché of Star Wars and Lord of the Rings, I really like Æon Flux a lot! The storyline just always stuck out to me, long before Hunger Games or Divergent had that “enclosed society” concept.

GUG: Gadgets or technology you can’t be without on a daily basis?

My smartphone, all of my recording studio gear, my cameras (I love photography and have for half my life), and my laptop.

GUG: Thank you so much David Thulin for your time and answers! Before I let you go, what can we expect in the future from you? Any new projects in the works, or concerts?

I just released my EP “Reconstruction Volume 2.2” which was my final release on Dream Records so now the future is a blank canvas! I am working on new music but don’t have a release date locked in yet.

GUG: Where can people find you on the interwebs or social media?

GUG: Hey thank you so much David from us here at Geeks Under Grace. I pray that God would bless your future endeavors and that His grace and favor be over your life and family. It was a pleasure to interview you.

Thank you! God bless you guys 🙂