Beat Breaker: “If You Want Love” by NF 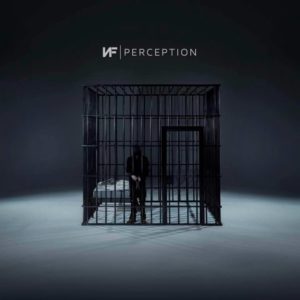 Producing three succeeding albums in three short years, NF has emerged as an increasingly popular artist within the rap genre, topping both secular and Christian charts. While some of his music holds explicitly Christian themes, the vast majority depicts his personal pain and struggles with mental health.

This has undoubtedly resulted in a popular following composed of like-minded individuals, who can relate with NF and his life experiences. Valuable in and of itself, these themes also create a theology on pain and suffering. As “If You Want Love” constructs this theology, it manifests a set of questions which, on their own, provide few answers.

Settled halfway through his 2017 album, “If You Want Love” draws a smoother tangent from his usual fast-paced rap melodies. Following the  contemporary song pattern, the tune is composed of two verses, respectively subsequent choruses, a bridge, and a final chorus.

Throughout the verses, NF explores his personal experiences of struggling to find love and endured pain in the process. As an answer to this, the chorus repeats the wisdom he laments never receiving as he grew up, grounding the core theology of the song. The bridge concludes with continuing pain now mingled with the hope NF holds, of finally learning what it means to have love.

The three core declarations within the repeating chorus reflect the core messages of two verses and bridge. By doing this, NF lays bare his life lessons in hopes of not only sharing these truths with his future children, but also with others who are hurting. In verse one, he cries,

“Ask me how I’m doin’, I’ll say ‘okay’
Yeah, but ain’t that what they all say?
Sometimes I think back to the old days
In the pointless conversations with the old me”

Here, NF reflects on not only the ways we hide our pain behind shallow answers, but also the regret and ruminating we experience with carrying unresolved hurt. As an answer in the chorus, NF declares,

“If you want love, you goin’ have to go through the pain”

From the Scriptures: Romans 5:3, one of many passages on suffering, highlights the necessity of pain in the growth of a Christian, ultimately culminating in hope (Romans 5:5) and the overflowing of the love of God in our hearts. However, examination of NF’s lyrics would suggest pain is meaningless and arbitrary in the pursuit of love. Contrary to this, Hebrews 12 reminds us that, firstly, because God loves His children, He will discipline them. Though painful at first, it produces good, holiness, righteousness, and peace (Hebrews 12:10-11).

Following on from this in verse two, NF explores his own desire to control and manipulate life to obtain love as he shares,

As a contrasting answer in the chorus, NF declares,

“If you want love, you goin’ have to learn how to change”

For NF, experience has taught him that one must grow and change, rather than attempt to control others to receive love. Reflecting on his older albums, this struggle is evident in many of his lyrics as he has sought to control his pain as a means of overcoming it.

Yet, this is where the narrative of the song and the Bible begin to differ more explicitly. Continuing on in Romans 5, verse 8 reminds us that “God shows his love for us in that while we were still sinners, Christ died for us.” While the Bible heavily emphasizes holiness and becoming like Christ, it equally declares that before we even considered change, let alone attempted, we were loved.

Drawing his lyrical sermon to a close, NF stresses his fear of missing out of on life because of his own pain. He sings,

“Talkin’ to the voices in my head, they make me think twice
Tellin’ me it doesn’t mean it’s wrong because it feels right
I’m scared one day I wake up and wonder where the time go
Talk about the past like it’s the present while I rock slow
I’ll sit in the living room and laugh with kids of my own”

Initially, in all of the confusion and search for love, he ironically misses out on what he so desires. Yet, his hope emerges as he realizes he, too, can share these lessons with others. This hope merges with his chorus as the final declaration goes,

“If you want trust, you gon’ have to give some away”

Arriving at one of most frustrating paradoxes of our humanity, NF acknowledges that in order to receive, we sometimes must give. Love is no exception. However, the great truth of Scripture expounded here is simply that we are not the first to give. Rather God is, for He gave His love first.

As “If You Want Love” unfolds, it begins to sound Psalm-like. Rich in their personal anecdotes and pain, the Psalms form both a source of outcry and praise for the Christian. The example of Psalm 51, following David’s murderous and adulterous deeds, paint one of the most sobering and heart-wrenching accounts of the pain of sin and pleading with God.

While not based on the deeds of David, NF’s lyrics describe equally personable pain. Yet, while Psalm 51, like all other Psalms, point us to God, NF’s lack of including Christ draws him further away from the truth he so desires.

The core critiquing text used in this article, Romans 5, paints a picture of hope for the Christian. The Pauline chapter declares, “The pursuit for love is over! Lay down your deeds! Rest in unconditional adoration from God.”

Do you want love? Yes, there is pain. Yes, there is change. And yes, you must give some away. But the Scriptures declare that the birth, death, and resurrection of Christ mean that we are also found within the love of God if we receive Christ as Lord and Savior (John 3:15; Romans 10:9-10). This is unmerited love. And though the world may cry that we must painfully search until we, hopefully, find love… the Bible makes clear how love has already been given in unimaginable abundance.