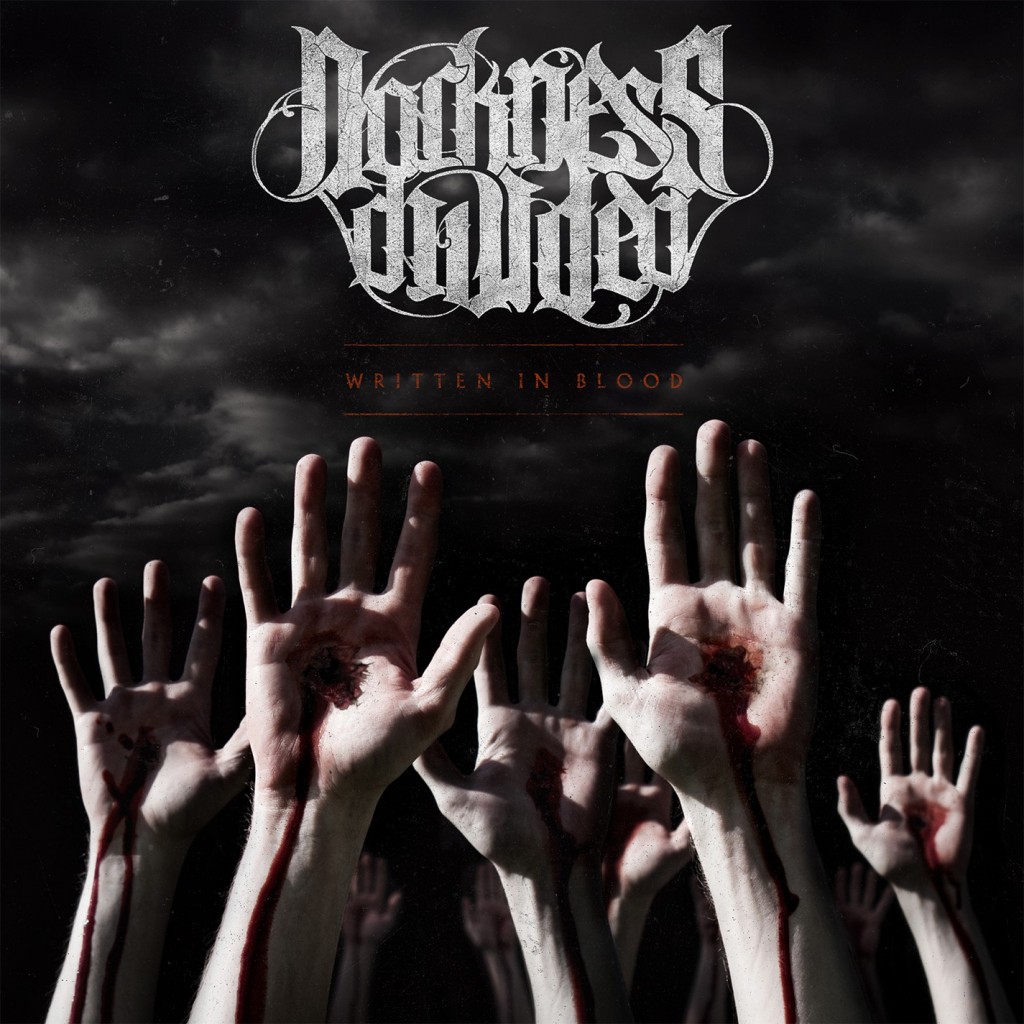 Chugging guitars, roaring vocals, brutal breakdowns: these are just some of the elements one may expect from the Christian metal genre. Love it or hate it (and this writer happens to fall on the “love it” side), it isn’t going anywhere. Geeks Under Grace had the privilege of asking Christian metal band Darkness Divided a few questions, which you can read below. You can pick up their recent album, Written in Blood, now!

Okay, let’s start off with a pretty generic question: Musically speaking, who were your biggest influences, either in developing your musical style or in simply inspiring you to pursue music seriously?

Darkness Divided: Musically, bands like As I Lay Dying, Atreyu, August Burns Red, Slipknot, and Avenged Sevenfold got us into heavier music. I think if you listen to our music, you hear some of those influences in there one way or another. In a non-music aspect, our parents are super supportive of any interest we’ve had. They always pushed us to find what we love and to pursue it. We’ve been very blessed with a supportive community, family, and friends who inspire us to keep at it.

What ultimately made you decide to go with a secular label over a Christian label?

DD: We wanted to go with a secular label, because we wanted to be able to reach out to more of a secular market. We fully believe in the ministry of going out and being there for people regardless of what they believe in. I think that’s what God wants from us in life.

As a follow-up to the previous question, have you gotten any flak from your label? For example, have they tried to get you to tone down the Christian influence in your lyrics?

DD: Absolutely not. Victory Records supports us and believes in us. As they say, they took us on because they believed in what we were doing. They are super supportive and always do their best to promote and market us.

Going to the other end of the spectrum, have you gotten any flak from Christians for being on a secular label? I once encountered someone who stated that to be a Christian band you had to be on a Christian label, or something like that. Have people like that crossed your paths?

DD: No we’ve never had that approach either. Most of the time, people are stoked that we are on Victory. Granted, there are a few haters every once in a while, but no one questions our beliefs or our mission.

What is the general reaction you get at your shows? Do you ever get any hostility from non-Christians in the audience? Your lyrics aren’t exactly vague, so anyone paying attention should be able to figure out what (or rather, Who) you’re singing about.

DD: The only time we’ve come across that is when people are intoxicated or inebriated. Most people come to the show knowing what we stand for, and the people that don’t know us either respect our beliefs or respectfully walk out the door. Every set we play, we encourage the people there to know that they are loved by us and Jesus Christ, so it comes up every single time. A lot of people who don’t believe in God have come up to us admiring our passion in how we present ourselves.

Do you have any particular goals for your music? For example, are you trying to evangelize a la For Today, or is it more a case of you having a passion for Jesus and a passion for music, and two and two happen to go well together?

DD: We just want people to know there is love in Jesus Christ, and that they never have to feel alone or unloved. That’s what Jesus Christ asks us to do, and that’s what we try to get across as a band.

What is your general approach to song writing? Do you start with lyrics and build the music around them, or vice versa? A theme that you build on, perhaps?

One thing that I hear Christians complain about a lot are Christian bands who don’t use Jesus’ name in their music. Do you have any thoughts, opinions, or feelings on this both as Christians and musicians?

DD: The last thing we do as a band is cast judgement. God has a calling for all of us. We don’t all have to be shouting His name from the rooftops to be doing His will. Just follow His intuition and do the best you can to follow His word, to live in His love, and to love others.

Okay, now for a couple of fun questions. First off, if you could tour with any three bands, secular, Christian, or both, who would they be?

Lastly, as you know, we are a site that writes about all things Christian and all things geek. That being said, do you have any geeky hobbies or interests? Video games, anime, comic books, My Little Pony, etc.?

DD: We LOVE to play N64. We have a solar panel we set up in our van so we could bring it on tour and play while we are on the road. We mainly play Super Smash Bros, but we also dabble in Worms, Mario Kart, and Pokémon Stadium for the mini games. Besides that, our bassist Joe is a geek about Android devices. He just got a smart watch and he’s always watching YouTube videos about Android and all this other random stuff. Sebastian is really into the Walking Dead comics. He even has a sleeve of the Walking Dead comic characters.