Today we have the privilege of talking to Matthew Parker, one of the biggest names in Christian EDM. He just released an album called Shadowlands. He’s also responsible for making Andy Mineo’s “The Saints” one of my favorite songs ever with his remix. Anything you’d like to add about yourself, Matthew?

MP: Well, you covered the gist of it, but I would like to add one very important thing that you missed: I have a little stuffed penguin named Irwin, and he co-produces all my music with me. In fact, he’s the one with all the genius ideas. So here’s a big shout-out to Irwin, one of the best unknown CEDM producers around.

Haha! We’ll have to interview Irwin sometime, I guess! One of the questions people always want to know: what’s the story behind your Christianity? How did you come to Christ?

MP: To make a medium-length story short, I don’t know exactly when I became a part of the family of God. I grew up in a Christian home, going to church every Sunday. I’m almost stereotypically the polar opposite of someone who you think would be making dirty, gritty, heavy dubstep and stuff. I was also homeschooled, so that just adds to the stereotype irony. But to me, it doesn’t matter that I don’t have an “exact moment” story about being saved. All I can say is what the blind man in the Bible said: “This one thing I do know: I was blind but now I see.” And God has been changing me and moving me, and although I don’t do very well with cooperating with Him sometimes, He is there, reminding me that I belong to Him. So that’s super encouraging. Isn’t it so good to know that in spite of our failures, He never lets go of us who belong to Him? It’s totes super awesome.

Your music is pretty different from a lot of the Christian EDM out there. Who are some of your inspirations for your music (Christian or not)?

MP: My music is definitely different than most Christian and secular EDM out there. Part of the reason for that is that my original inspirations and influences in music were not EDM at all. I really hadn’t heard much EDM until I was 16 (I’m almost 21 now). My music has always had a flair of randomness. I don’t necessarily follow the cookie-cutter EDM format (yes, that is a bash, and I’m not sorry). I think most EDM producers follow the rules too much, and I get really bored with that. I’ve always been the kind of guy that produces everything. I’ll make a crazy loud bangin’ song, then I’ll make a quiet, reflective one. And then a dubstep song with a lot of growls and loads of crazy and not much melodic content—then a swaggy trap song—then a completely non-EDM song. It’s just the way I’m wired; I get bored with the same stuff, so I make everything. Creativity is my jam.

As for my inspirations, I grew up loving (and still love) the music of Michael W. Smith. Overall, my biggest inspiration is Owl City. While my music is very different than his, I think it has some subtle similarities. Plus, he’s just awesome. Then there are people like tobyMac: classic and awesome. I grew up listening to DC Talk, Relient K, Switchfoot, Skillet, and even people like Evanescence, Enya, and many others have influenced me. More recently I’ve really enjoyed Lecrae, Skrillex (don’t hate), Zedd, and the underrated, kinda underground genius, Imogen Heap. Her music is very subtle and really mindblowingly awesome if you’re the right kind of person to really get into it. I like a lot of music, but there’s not a ton of music that I love love love. I like to imagine what it would be like if God just snapped His fingers and created the most impossibly perfect song—it would be so vibrant and cool, and we’d probably be in raptures just from hearing it.

What got you into EDM?

MP: I grew up listening mostly to Christian music, grouped under the “contemporary” genre—Jeremy Camp, Newsboys, DC Talk, tobyMac (he’s still cool), Michael W. Smith (still one of my all-time faves—but his good songs are his unpopular ones). I remember loving the catchiness of the glitchy electronic snare drum rolls, the synths—anything that had that electronic flair. Though, I never heard much of it in Christian music. After I’d been making music for a while (and even making some EDM-y stuff), I got into using Soundcloud. That’s where I started hearing a lot more EDM. While I didn’t really listen to EDM for fun on Soundcloud, I did become friends with a lot of EDM producers and always heard their stuff. It opened up the world of EDM to me, and I hopped right in. I started making a lot more EDM-influenced music. I was just trying my hand at it, and apparently I did ok. I’ll be honest (and this is almost a confession), I don’t feel like EDM is fully me. It’s not the music that comes from deepest inside me, but I still like it. I tend to naturally make more soft, melodic, sad music. But I’ll continue making EDM because I’m good at making epic soundscapes, and I like the larger-than-life, all-out sound of EDM. And of course people love EDM, and Christians are looking for God-honoring EDM that actually rocks. I really enjoy what I do. It’s so fun to be creative; nothing can stop me from doing that.

What directions would you like to see Christian EDM go? How do we get there from here?

MP: I want Christian EDM to be its own thing. I don’t like that it’s a lame, Christian version of secular EDM—just a Christian puppet of it. I think that’s silly. Christians need to innovate, not blindly follow the lead of people who aren’t looking to glorify God. Of course it’s ok for Christians to make dubstep (for example), because dubstep is popular, but for heaven’s sake—have some variety. Don’t make your dubstep (or anything you make, for that matter) sound exactly like the most generic, stereotypical dubstep that anyone has ever heard in the history of ever. Have your own ideas, and make your own fusions of styles—be pioneers. Be awesome and creative, because our God is creative and awesome. But how do we get there? Christian EDM has had a bad rap for being lame, Christianized (too safe and conservative), and just plain bad quality. This is true. We need people who are willing to strive for excellence in every aspect of production (artwork, mastering, promotion), no matter the cost. And we need people who are truly skilled and creative to actually create. That’s it. Onward and upward!

If you could feature anyone on your next single, who would it be and why?

MP: Well, I’m already featuring someone pretty cool on my next single, but I’m gonna keep that a secret for now. But for my next next single, if I could feature anyone, it would tie between Plumb and Owl City. Though, I guess if I absolutely had to pick—Owl City. We would make something beyond epic. I like Plumb because her voice is so pretty, melancholy, and dark, and that resonates with me a lot. I like Owl City because he’s so darn creative and we have the same mindset as far as variety goes. He makes something very new-sounding every time he creates.

There are a couple questions we always like to ask here at Geeks Under Grace. One of them: what is your favorite video game?

MP: This will probably disappoint some of you, but I’ve said for quite a while that producing music is pretty much my video game. I don’t have time to really get into video games because I’m so caught up in my rockin’ jamz. I’ve always thought it was cool to be obsessed with something as productive as producing music. At the end you have a finished product, and something to show for it… not to mention you can possibly even make money with it!

Very true. And what is something you “geek” out about that a lot of people probably don’t know?

MP: This is a relatively recent thing, but in the last two years or so, I’ve found that I really love graphic art and editing photos. There’s quite a science behind it, and it feels remarkably similar to mixing music. (I’ll bet it uses the same parts of my brain.) I’ve made most of the artwork for my music releases. I’m not really fabulous at it yet, but be glad you don’t have to see the first pieces of artwork that I made. So bad. 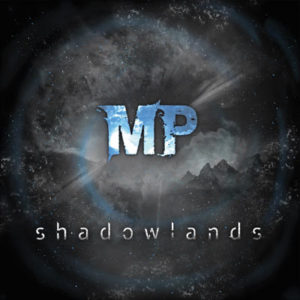 Very cool. Where can people find you, and where can they pick up your music?

MP: You can find me where the cool people hang out. Just kidding. I’ll be with the nerdy nerds and the geeky geeks any day. If you want me to actually give you a good answer, then hey, you can find me on Facebook, Twitter, SoundCloud, iTunes, and most other places (just search Matthew Parker). My latest album Shadowlands is my best and most professional work, so definitely go and pick up a copy of that if you’re interested. If you want to interact with me, I’m most active on my Facebook page. We have fun, so come hang out. And here I’m going to drop a completely random advertisement for a side project that I’ve been working on. I’ve been making some dreamy, semi-electronic, soft, indie, poppy music under the alias Twilight Meadow. I’m almost done with a full album, so if the description sounds cool to you, then stay connected so you don’t miss it. Really looking forward to releasing that (possibly for free).

Anyway, stay geeky! I truly enjoyed answering your questions, and I hope you don’t mind if I’ve been a little informal and geeky with you. It’s been fun! I hope to be able to continue making music for you all for years to come. Thanks again! Adios.

Thank you again, Matthew Parker; it has been a pleasure. Remember to go check him out on Facebook and iTunes.

YouTuber, Geek and most importantly Christian. You can always find me at www.YouTube.com/ArmourCody giving you the news, or on Twitter @CodyArmour