Is It Okay To Listen To Secular Music?

“Good music is good music.” My Spotify library literally goes from Carly Rae Jepsen to Impending Doom to Andy Mineo and beyond, so I use that phrase a lot to justify my music choices when people remark on how eclectic it is.

I began taking an interest in music in high school when my mom got cable for the first time since I was little and I discovered FUSE. I remember the first day I came home from school, turned on the cable, saw the music video for “Wake Up” by Lost Prophets, and immediately knew that I wanted to be into rock music and I wanted to be part of that subculture. But it came with it’s clashes.

My mom hated Slipknot. “That is death,” I explicitly remember her saying. “We don’t welcome death into this house.” To her defense, my mom was a very open-minded and liberal woman, but I was a teenager and she didn’t trust my judgment at the time. And now that I’m 26, I thank her for her efforts. I still listen to Slipknot, but only in small doses. 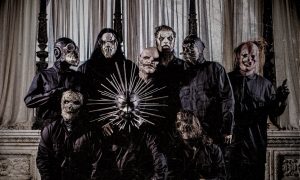 To be fair, can you blame my mom when this is Slipknot’s image?

You see, my mom was unknowingly part of a larger movement in churches across the nation – especially in youth groups – that preached you should only listen to Christian music. It’s a well-meaning movement. Whether you want to admit it or not, the influences you bring into your life impact you profoundly. Stores have been using music for years to manipulate consumer behavior. Some businesses use classical music to deter loitering. Personally, when I write an album I first pick the musical direction I want it to go in, and then I only listen to bands and songs with the same direction so it starts to come out in my writing.

So is that it? Is that the end of the discussion? Should we just throw on the latest Chris Tomlin release and dump out all our old Bruno Mars albums? What about bands like Memphis May Fire, who are Christian but don’t make it the focal point of their songs? Or like The Fray, who have Christian overtones but don’t really claim a stance? What about artists like Angel Vivaldi, who plays instrumental music and therefore his personal beliefs don’t even get addressed?

Let me sidetrack just for a second here: in the early church, there was a big debate going on about meat sacrificed to idols. Some Christians thought it was okay to eat. After all, they’re just blocks of wood and stone, right? Who cares? Why go hungry just because someone prayed to the wrong god over it? Other Christians felt that eating said meat would be a tacit endorsement of the gods it was sacrificed to, or that it might be sacrilegious to eat meat that was sacrificed to anyone except the one true God. So they asked the legendary apostle Paul what he thought. Paul’s reply in 1 Corinthians 8 was, in a nutshell, “it doesn’t really matter, as long as you’re not hurting someone else’s walk with God.”

One of the most mature things you can learn to do in life is learn how to judge yourself fairly. This isn’t just talking about religion but about all things. I’m an okay cook, for example, but my brother is way better than I am. It’s important to know your strengths and weaknesses in any area of life. Some people have a very strong conviction. They can listen to Slayer and Slipknot and watch horror movies and balance it out with plenty of time with God and stay strong in their walk. Other people, not so much.

So what does that have to do with our original question: “is it okay to listen to secular music?” Well first off, let’s answer it. The answer, unfortunately, is not a hard “yes” or “no.” The answer is “it really depends.” Some of us can listen to Eminem and Drake all day everyday without any issues. Some of us should probably stick to Lecrae and KB. 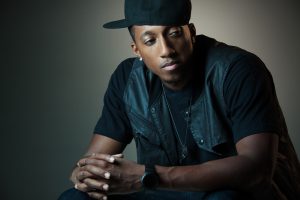 Lecrae is a GRAMMY-winning Christian rapper

This is where my previous statement about “judging yourself fairly” comes in. If you listen to lots of secular music and find yourself cursing more or being more frustrated all the time, you may want to consider cutting some of that negativity out. When I got saved I spent a good year or so only listening to Christian music to get my mind back on track to where it needed to be.

Part two of this answer is that it’s also important to be considerate of others. When I give my friends rides, I take their musical tastes into account. I won’t play metal if they’re not into it, and if they’re Christian I certainly won’t be playing any bands that are particularly aggressive or angry or questionable. Not because I want to pretend to be someone I’m not – I’ll gladly share my music library with anyone – but because I want to be considerate of them. Oh, Sleeper used the “d” word in one of their songs and immediately the Christian metalcore scene began to wonder if vocalist/lyricist Micah Kinard was still Christian. Something that may not be a big deal for you could be a huge deal for someone else, and the last thing you want to do is trip someone up by accident.

Life is beautifully messy. It’s very complex and constantly evolving and changing. I believe that our walks in Christ are the same way. No two people are in the same place. What works for me doesn’t work for you and vice versa. The real question here isn’t “is secular music okay?” or even “what does [spiritual figure I admire] say?” The real question here is “what does God say?” Examine all your intake – not just music but movies and friends and video games – and ask yourself “is this interfering with my walk with God?” Jesus said that if your arm is causing you to stumble, cut it off. He was referring to the fact that we should get rid of anything that gets in our way of God. For some of us, that’s a certain band or a certain person.

Music – like most things in life – is not good or bad at its core, but rather how we use it is. We can use a four-chord song to worship God, or we can use it to get drunk in the club. Choose wisely, because eventually the song stops and you’ll have to face the way those few minutes impacted you.