Read This Before Condemning Christian Rap 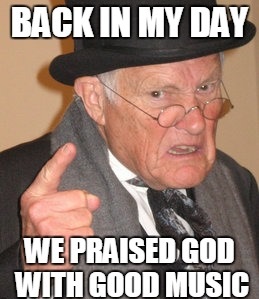 A couple of months ago, my fellow penman here at GUG, Shawn Bain, wrote an article titled “Read This Before condemning Christian Metal” If you haven’t already, I strongly suggest you read the article. Personally, I enjoyed it so much I felt I should do the same for Christian Rap.

So here are some things you need to know before condemning Christian Rap.

It Shows Unity In Christ

“Make every effort to keep yourselves united in the Spirit, binding yourselves together with peace.” Ephesians 4:3

One thing Christian Hip-Hop (CHH) has done well is show unity among each other. It is a stark contrast to that of secular rap when it is not uncommon to see other rappers have public disagreements or “beefs” with each other. A way you can see the unity in this genre is with the way rappers in the Christian community are featured on other rappers’ songs who aren’t part of their own label. A perfect song that displays the unity in CHH was released on Swoope’s album, “Sinema”. The title of the track, “Same Team”, shows what it’s really all about.

Another thing I’ve always admired about rap is its versatility. It’s done very differently compared to other forms of music. I love Hillsong United. Arguably, this band is one of my favorite music artists in history. When I listen to them and other artists who produce beautiful songs, I know I won’t hear Hillsong do a song about a girl struggling with their body image, or being delivered from a life of addiction, or struggling with same sex attraction.

Christian rap artists have written songs about those topics and much more. They have also made songs that have worked well with artists such as Hillsong. If I have to pick one piece I appreciate, that shows a small inkling of the versatility of Christian Rap, I could use “Greater City” by the rapper Thi’sl. This song uses a sample of Chris Tomlin’s “God of this City”.

Tomlin’s song is great for what it was meant for, but Thi’sl uses it to bring it closer to home for people who come from tough neighborhoods. 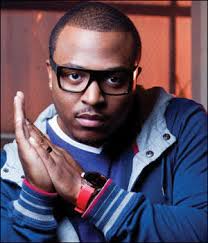 Marcus Gray, better known as FLAME, helped shape the Christian Rap community to what it is today.

Then I got saved.

I tried to stop listening to secular rap, but I couldn’t. I wanted to give Christian rap a try, but for some reason, I just couldn’t fully commit to the genre. I listened to Cross Movement a lot; they were my favorite Christian Music group period. I would still listen to secular rap, and I feel that it hindered my relationship with God.

The secular rappers talk about money, women, drugs, and violence, and I wanted no part of that. But beats of the music kept drawing me. I prayed and prayed to stop listening to that trash. Then 2008 came… And God answered my prayers. It started with the release of “Our World Redeemed” by FLAME.

This album was so important to me, because it proved once and for all that not only can Christian Rap sound good, but sound better than secular rap.

Late that same year, Lecrae released “Rebel”. This album showed me not only was I aware of what was happening in the CHH community, but the world was starting to notice. So yes, I think 2008 was the year Christian Rap became the healthy alternative for Christian Hip-Hop heads like me. It let me enjoy the type of beats I grew up with my whole life, while helping me grow in my walk with Jesus Christ.

I briefly touched on this, but I can dive a little deeper now. Yes, we all know this world likes to enjoy sin. Go on iTunes, and look at the top songs and albums. You’ll see the word “explicit” all over the place. It’s getting to the point where I don’t know if the songs can get any lower. I can’t say the same in CHH.

Even when the songs aren’t obviously Christian, you can still feel the love of Christ more often than not in some tracks. Don’t get me wrong, there have been times when I have looked at a song and was confused on the artist’s intentions, but that is a rarity.

What I can say is if you do stumble across an artist, and they do have a song that you feel the message isn’t pointing to God, before you condemn the artist, ask around. The message of that song could have went over your head, or you might not have experiences with that particular message.

I hope these four reasons of why you shouldn’t condemn Christian Hip-Hop will help you enjoy the genre for that it’s worth. I know hip-hop isn’t for everybody, but I promise you, if you look hard enough, there is at least one Christian rap song that you will like.

Have any thoughts on Christian Rap? Criticisms? Concerns? Let your voice be heard below in the comments section.