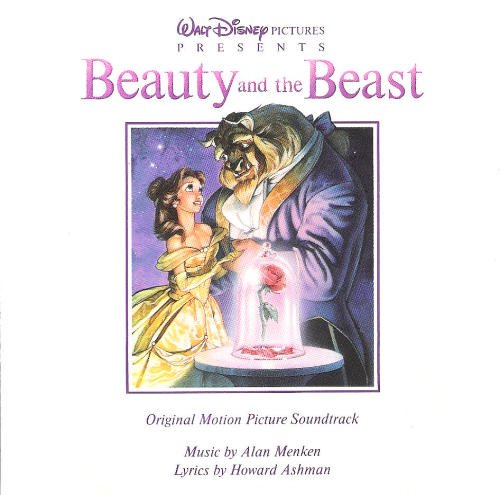 If you’ve watched, and enjoyed, the original Beauty and the Beast film by Disney, then there should be no cause for content concerns. The opening track features the voice-over from the beginning of the film, detailing how an enchantress placed a spell on the prince. There’s the “Mob Song,” which is wholly dedicated to an angry mob singing about killing the Beast. As is true for the film, there is no language whatsoever, aside from one use of “darn.”

This soundtrack is a collection of songs and musical scores from the award-winning, animated film, Beauty and the Beast. The CD consists of fifteen tracks, one of which is a special recording of the song “Beauty and the Beast” by Celine Dion and Peabo Bryson. The soundtrack includes all songs and reprises, with the exception of “Human Again” (which was added to the film in later releases). Regardless, this omission is likely to raise a stir among the die-hard fans.

In terms of quality, there’s nothing to complain about. Each track is edited for maximum clarity and enjoyment, without losing any of the original sound. The one downside is that the opening theme—a hauntingly beautiful piano masterpiece—has the audio from the film running over the top of it. As someone who heralds this classic as her favorite Disney film of all time, I really would have liked to have this track without the dialogue accompaniment, as it is easily the most iconic and memorable instrumental in the entire film. Sadly, there are no voice-free versions of the songs either, which will disappoint those hoping to use this CD for their Disney karaoke needs. Dion and Bryson’s rendition of the song “Beauty and the Beast” is a nice touch that gives the album a sort of “professional stamp of approval,” but is also a bit too drum-heavy and jazzy for the tones of the movie.

“Magical” may be the most accurate, if not the most Disney-appropriate, word to describe the whole of this masterpiece. Each track rings and shimmers with enchantment, and the lyrics compose a fanciful interweaving of rhythm and rhyme that give birth to some of the most memorable Disney songs ever penned to paper. “Belle” is an especially significant song that manages to convey at least twenty page’s worth of plot and character development within the confines of only five minutes. It’s truly an impressive feat, made more powerful by the voice of Paige O’Hara, who gives as much life and personality to the main character, Belle, through song as she does through her general voice acting. From the dark, mysterious opening, narrated by the ponderous voice of David Ogden Stiers, to the rousing, choir-led reprise of “Beauty and the Beast” at the film’s predictable happy ending, this soundtrack soars on inspired wings–every bit as enchanted as the magical castle and its inhabitants within the movie itself.

If you’re a fan, there’s a lot to love here. Of course, independent from the film, the songs lose some of their meaningful value, but the music is breath-taking, regardless.

Though it could have been improved with additions like voiceless tracks and the inclusion of “Human Again,” the Beauty and the Beast Official Soundtrack is a nice musical collection to own if you enjoyed the movie… or if you’re a Disney fan to begin with.

Though it could have been improved with additions like voiceless tracks and the inclusion of "Human Again," the Beauty and the Beast Official Soundtrack is a nice musical collection to own if you enjoyed the movie… or if you’re a Disney fan to begin with.