I was born and raised in Washington, DC. People who are not from the area have a different view of the city than I do. They might think of it and picture the Washington Monument, the White House, US Capital, cherry blossom trees, etc. They don’t think about the poverty, the drug dealers, homicides, and the other negative things I see on a daily basis. I say all of this because I am guilty of having the same view towards Las Vegas. All I think about is the bright lights, the house shows, wedding chapels, and of course, gambling. 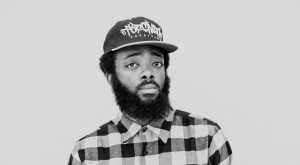 With the release of his album “EL v. Envy”, Las Vegas native Jeremiah Givens, better known as “Jgivens”, took my view of Las Vegas, and made me feel the same way about it as I do Washington, DC. Each song seemed to be a sneak peek of the everyday happenings in “Sin City”.

When you hear the first track of the album, the first fifty or so seconds doesn’t sound like your typical rap song. In fact, it sounds like the opening of a Disney movie. Then, out of nowhere, you hear a transition of well-used sound effects that lead to a nice, aggressive, melody accompanied by some good drum patterns. Also, the introductory song, “(A)Bridge(D) Thoughts”, shows the lyrical talent of Jgivens.

“El v. Envy” continues with a song that brings home the point I mentioned earlier. It’s titled “Bienvenue”, which takes to French words, bien, meaning “well”, and venue, meaning “come”. The track “welcomes” us to Las Vegas. Jgivens gives us a picture of things he has went through in Las Vegas. One part of the song talks about how people struggle with gambling. It has to be tough living in that city with a gambling addiction. He talks about how people would steal things, such as video games from their kids, to satisfy their gambling needs.

Throughout the album, it uses movie, television, and even a video game sample to support a certain tone. For example, on the eighth track, he uses a sample of a scene from Rocky and Bullwinkle as a unique introduction to the next track, “Polar Express.”

While the album had its fair share of features, the qualities aren’t well known, but I feel that each featured artist played their part very well. One of the artists, you might have heard of if you follow the site, is John Givez. He is actually the cousin of Jgivens, and he appeared on the track, “The Huxtables”. He was mentioned in our article Five Christian Rappers You Need to Know. Unfortunately, he doesn’t rap a verse on the song, and even though Givens brings it on the track, I felt disappointed just a little.

All in all, “El v. Envy” is a very well-crafted album when it comes to lyrical content and production. If you want to listen to a set of songs that paint some pictures for you, that you can just sit back and enjoy for what it is, this album is for you. Also, we should expect to see more things from this artist, because shortly after the release of his album, he signed with the highly-talented record label Humble Beast.

If you would like to purchase the album, please visit iTunes or Amazon to get it today. If you’re low on funds, El v. Envy, and every other Humble Beast album, can be yours for free from the Humble Beast website.

Do you know Jgivens or any other artist on Humble Beast? Leave your comments in the section below on how you feel about them.