Review: I am Mountain (Deluxe Album) 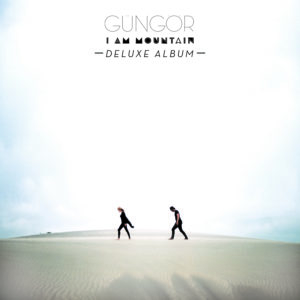 Michael Gungor, along with his wife Lisa, fronts the eponymous music collective, Gungor: I am Mountain. Based out of Denver, they helped establish Bloom Church. They also work with the ambient worship project, The Liturgists.  Additionally, Michael’s song “Friend of God” was nominated for the Dove award.

Michael Gungor is an interesting figure in the Christian world. He has recently faced criticism for his less-than-literal interpretation of the creation story. He also shared about the tough period of doubt (Part 1, Part 2). It is a shame that he has endured these criticisms because his is making some of the most open, honest music in the CCM scene today.

Gungor’s most recent offering is sometimes vague and sometimes eccentric, but I am Mountain is always captivating. Pinning this album down to one style is tough to do. Like rock and roll? Check. How about a spaghetti-western soundtrack? Got that, too. And don’t forget the disco and electonica—all of it! There’s even a section that is reminiscent to Pink Floyd’s “On the Run” from Dark Side of the Moon.

This musical diversity can cause a bit of aural whiplash, no doubt about it. But there’s a deeper message that’s reflected in the sounds of it. Much of life, especially the Christian journey, is uneven. There are times when it’s exuberant, times when it’s quiet. Other periods present complication, and some such simplicity they seem to stand still. This musical style holds a mirror to the way life works. It may not be a smooth listening experience, but it does a great job of making the listener think.

The lyrical content of the album covers a wide track as well. The second song, “Beat of Her Heart”  is a retelling of the story of Orpheus and Eurydice. Eurydice, trying to escape a salacious satyr, steps on a poisonous snake and dies. Her husband, Orpheus, travels to the underworld and begs with Hades to release her. Hades consents, but tells Orpheus that she must follow behind as they left his realm. If Orpheus looks back to her, than she would be doomed to death. Unfortunately, it’s a caveat Orpheus can’t honor. The song ends tragically, with the lovers kept apart.

Another song that catches the ear is the disco-inspired “Let it Go” is a groove-fest that makes you want to turn up the volume. It’s got a simpler theme than “Beat of Her Heart.” It talks about the need to jettison whatever is holding your back—especially the quest for that perfect thing.

It points out how we can forget the immediacy of life. John Lennon in his “Beautiful Boy (Darling Boy)” said, “Life is what happens to while you’re busy making other plans.” It is possible to waste your life looking for something that’s just right. Not only that, but we can waste too much time ignoring what’s right in front of us because we want something better. This bridge expresses it well:

Lisa Gungor sings lead vocals on several songs in I am Mountain as well. Those songs feature maintain a more a synthetic, ambient accompaniment. This starkness draws out the lyrics, making them some of the more memorable tracks. The most memorable is “The Best Part.” It’s a great song that ties into themes brought up in both of the tracks mentioned before.

From “Let it Go,” it echoes the need to look at the moment. It paints an image of life as a raging river, sweeping away from us. It uses similar imagery to harken back to “The Beat of Her Heart.” The song’s narrator finds that the most appealing sensation is to listen to the beat of a heart. It’s reminiscent of Orpheus—all he wants to do is to restore the beat of Eurydice’s heart so that he could find a similar joy. Of course, as he found out, the narrator of “The Best Part” recognizes this joy will disappear all too soon.

The extra material on the deluxe edition is fun to listen to. Much of it includes remixes and live recordings of the original tracks. The three new tracks are good, but don’t add much to the existing narrative of the original album.

In the end, I am Mountain has a feel of melancholy that is refreshing in it’s honesty and rawness. It recognizes that there are dark, sad moments of loss in life and that God will be in those as well as the positive moments. If you’re a listener who enjoys a diverse musical listen, I recommend this record.

Jordan wears a couple of different hats. Most of the time, it's the hat of the commonplace office drone. When he can escape the shackles of that particular drudgery, you're likely to find Jordan doing nerdy things with nerdy people. A fan of tabletop games, comic books, movies, and music, Jordan spends his weekends bouncing around the Midatlantic region, from Virginia to Pennsylvania, trying to fit it all in. Additionally, he is a co-founder of a fledgling social media collective, Nerd Circle Podcast Productions. He is the Game Master and Master of Ceremonies for the RPG actual play podcast, Bone Throwers Theater, and cohost of Carlin and Jordan's Most Excellent Movie Night, a cinema review show focusing on content available from the internet's largest streaming subscription service. Jordan is currently a candidate for ordination in the Free Methodist Church. So that means a lot of classwork late into the night. He's also preparing to help found a new FM society in his home county.