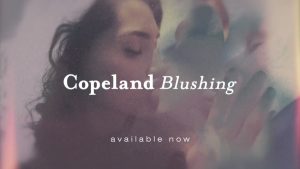 At the height of the Christian indie/punk/alternative scene in the early 2000s, bands like Copeland, Anberlin, and Underoath achieved an unprecedented level of success. Copeland’s unique sound showed a softer side of rock, but they were still definitively rock on their first albums Beneath Medicine Tree and the incredible In Motion. Subsequent albums found their sound getting softer – and more importantly, stranger – and that’s the sound they returned to with 2014’s Ixora after a six-year hiatus, and In Motion Part 2 never came. Once I finally let go of that wish and began to appreciate Copeland for who they are now, I found Blushing is one of the high points of their career.

Singer Aaron Marsh is a Christian, but nothing here is explicitly about Christ. Many songs are vague and surreal; what’s literal is primarily referring to male/female relationships – nothing explicit, however. One song unfortunately uses f–k two or three times. 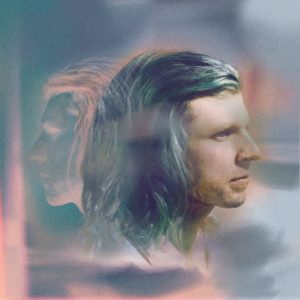 I don’t think I can categorize Blushing into any genre in particular. The album seems as much an exploration of sound itself as melody and harmony. Songs weave constantly in and out of soft rock, R&B, classical, jazz, rock, and even some brief spoken word / hip-hop elements. Lead singer Aaron Marsh also produced the album, and has no qualms with covering his voice in a vocoder (“On Your Worst Day”) or a pitch shifter (“Night Figures”). Marsh has said much of the inspiration for the album came from writing about actual dreams he had, which explains the surreal aesthetic that envelops the album artistically, sonically, and lyrically. Somehow, all these disparate pieces fit together perfectly, but only if you take the time to listen carefully. This is not an album you blare while hitting the highway. This is an album meant to be studied and explored.

Lyrically, Marsh is at the top of his game, embracing the surrealism from yet another angle, speaking in vague ideas that make sense without making a lot of it. Marsh is a Christian, but the few lyrics which have clear meanings are more focused on male/female relationships than on Jesus. He also unfortunately uses the phrase “Call me [a] f— up” several times in “Strange Flower.” It’s particularly disappointing because throughout the rest of the otherwise clean record, he proves vague allusions can be much sexier than explicit content, not unlike Song of Songs(For example, the lyrics “Your body curves / it bends like time” or “I’ll be kissing rhythms around your neck / chasing melodies around your skin”).

The only weak track on the album is “As Above, So Alone,” a song with a fast beat and nothing interesting to do over it. However, there are several standouts on the record. “Lay Here” is the one slightly cheerful track on the album, yet fits perfectly with the other tracks. Lyrically and sonically, it flawlessly dances the fine line between modesty and eroticism. “Night Figures” has Marsh sounding the most like his “old self” (when he’s not completely unrecognizable in the pitch-shifted chorus). The loud, echoey bridge gives the album a rare epic moment in a sequence of otherwise soft, slow jams. “Suddenly” elegantly weaves between spoken word, gentle singing, and an out-of-nowhere jazzy outro, and the lyrics are clever, both in form and in their unique topic (ostensibly, it’s about meeting a girl you met on the internet in person). But really, it’s hard to pick – in an era with a focus on streaming and singles, this is absolutely an album with concepts and sounds bleeding seamlessly from one track to the next. And it’s a dang good one.

While Blushing is certainly not In Motion Part 2, it is a strong continuation of the trend they established afterwards, and on par with the rest of their excellent catalog.