Ten Powerful Hymns That Will Stir Your Spirit

Music is a huge part of life for virtually everyone. This is especially true for practicing Christians who regularly attend church. Music accompanies much of what is done during a church service, which includes–but is not limited to–the collection, the opening processional, the children’s message, and the benediction.

Of course, I highly doubt anyone goes through church without singing a few hymns as well. As a child of the 80s, I will be the first to admit that many of the songs contained in those old, dusty hymnals are a little bit slow and boring. However, if you attend church for a while, you may be so lucky as to hear something that really speaks to you.

Now, please, don’t misunderstand. If the more traditional, reverent and down-tempo hymns are your thing, God bless and more power to you. All I’m saying is they’re not my cup of tea. Additionally, I’m sure I’m not the only person who feels this way. Below, I have listed ten hymns that truly stoke the flames of my spirit and fill me with a sense of closeness to my faith that I don’t experience in average, everyday life. 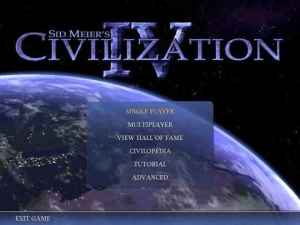 Many PC gamers may recognize this as the theme song to Civilization IV. The first time I heard it I was taken aback. While I was able to discern the language of the song as being Swahili, it was not until much later that I discovered the song’s translation.

For those that are unaware, this song is actually the Lord’s Prayer set to music, sung in Swahili. Once I’d learned that, it found a place in my heart as my favorite Christian song from a video game (of which there are precious few). No matter how many times I hear it, it still moves me. 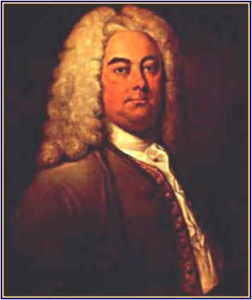 I’m quite certain I don’t have to justify this one, as it comes from the triumphal work of Handel’s Messiah. Sung most commonly in Easter cantatas, I never see a bad time (of year) to sing this, personally. I’ve only had the privilege of singing it once in an official capacity–in choir at my old church.

The song is pure power, from start to finish. Popular lore states that Handel said he “saw all of heaven before him” as he wrote this. Whether true or not, no one can argue that this song was divinely inspired. I thoroughly enjoy singing it any chance I get. If you’ve never seen a performance of this exquisite work, I would encourage you to suggest it to your worship and music committee. It’s just that good. 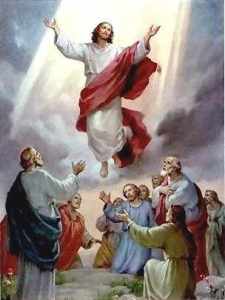 In my old church, our choir sang this every year on Ascension Sunday. It’s certainly one of the more high-energy pieces we’ve done there. I particularly love singing the part closest to the beginning: “Come, Christians, follow where our Savior trod. Our King victorious, Christ the Son of God.” Call me crazy, but I’ve always drawn a measure of cheer from it.

Historically, I’m sure the disciples were quite sad when they had to say goodbye to Jesus for the second and final time However, when I hear it, both the words and music strike me as being happy. If you’ve never heard it before, I highly recommend it. 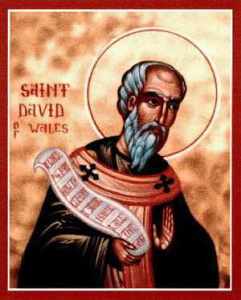 At my old church we sang this song every year to celebrate St. David’s Day. St. David is the Patron Saint of Wales. I went to a Presbyterian church. We even had Welsh cakes and leek soup during the social hour.

So now, anytime I experience something associated with Wales, I think of this song. This is absolutely not a bad thing, as it has a bold rhythm and a great message: “Till shadows have vanished, and darkness is banished; As forward we travel from light into light.” And like every other song here, I sing it anytime, not just in the spring. As an aside, of the songs listed here, I sing this more often in the shower than any other. I know not the reason why.

Battle Hymn of the Republic 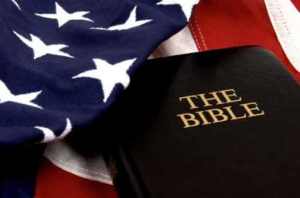 As a highly patriotic hymn, we always sang this classic around the 4th of July. I’ve always appreciated this song’s battle march melody, and take-no-prisoners lyrics. “He hath loosed the fateful lightning of his terrible swift sword.” Wow. Jesus has a +6 holy shocking burst keen longsword that also gives Him the benefit of Haste while held. Now that’s a weapon.

Bad Dungeons & Dragons references aside, this hymn was written by Julia Ward Howe, and was something of an anthem for the Union army during the Civil War. So, while many popular hymns have their roots in Europe, this song stands proudly as testament to our American Christian heritage. 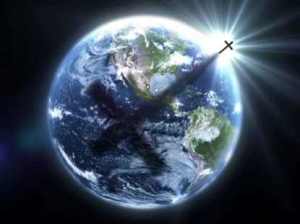 This is one of the earliest hymns I sang when I started going to church. While familiar to many, I believe the arrangement we sang in my old church is quite different than what most people sing. I say this mainly because of my inability to find an audio file of said arrangement anywhere on the internet, while the more recognizable accompaniments are widely available.

I’ve always sung this one a bit dramatically, as it was played quite a bit louder on the organ than most other hymns. I particularly like the line in the second verse: “Take away our bent for sinning; Alpha and Omega be; End of faith, as its beginning, set our hearts at liberty.”

How Firm a Foundation 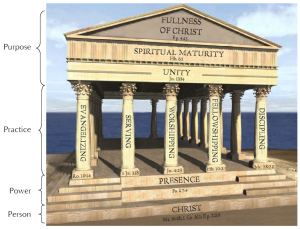 This hymn is popularly sung in observance of All Saints Day (November 1). The lyrics have their basis in scripture, as hymns often do. In this case it is Isaiah 41:10 – “So do not fear, for I am with you; do not be dismayed, for I am your God. I will strengthen you and help you; I will uphold you with my righteous right hand.”

Now there’s a promise from God worth singing about. This is among the first hymns I fully memorized, and I would usually sing it while outside. For some reason, being outside–particularly in autumn–makes this hymn come to my mind.

All Creatures of Our God and King 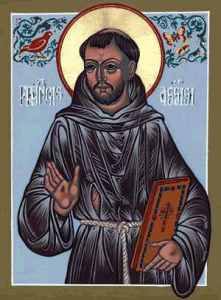 This is really one of my favorites. Based on a poem called Canticle of the Sun, written by St. Francis of Assisi, this is another great song that is traditionally sung around Easter time. Just the sound of the music is enough to center me for Godly musical worship. Then, when I start singing the words, I truly feel like I’m singing it exclusively for God to hear.

One version of the song actually sets The Doxology to the melody of the piece. For those unfamiliar with it, it’s typically sung at the end of the offering. “Let God from whom all blessings flow; Praise Him all creatures here below; Praise Him above ye heavenly host; Praise Father, Son, and Holy Ghost.” If you’ve never heard of this song, I urge you to pull up some lyrics and a midi file and give your soul a spin.

All Hail the Power of Jesus’ Name 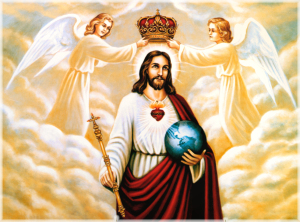 Often referred to as “The National Anthem of Christendom”, this is a powerful and spiritually exuberant hymn is widely considered one of the greatest hymns ever written. I certainly do not argue with that claim.

While there are numerous versions with different lyrics, every one is an evil-piercing hymn that ends every verse the same way: “And crown Him Lord of all.” I’ve only discovered it in recent years, but it has quickly risen through the ranks to become a favorite of mine. It’s one I look forward to singing whenever I get the chance.

Be Thou My Vision 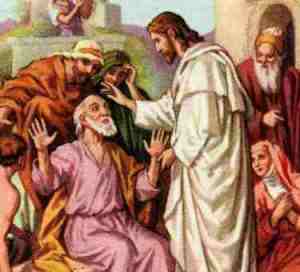 As a mostly Irish boy, how could I not include this one? This stands out greatly from the other nine selections chiefly distinctively for its more subtle and observant melody. Despite this, it is no less qualified as “joyful noise” in my humble opinion. This song is also noteworthy because to me, it sounds as much like a prayer as it does a hymn. The fourth verse is particularly telling: “Riches I heed not, nor man’s empty praise; Thou mine inheritance, now and always; Thou and Thou only, first in my heart; High King of Heaven, my treasure Thou art.”

I never cease to be moved by this traditional Celtic hymn. Could there be predisposition in my DNA? I know not, but what I do know is if I ever have a chance to sing a solo somewhere, this is the song I will want to sing.

I hope you’ve enjoyed reading about some of my favorite hymns. Additionally, I hope I have opened up some new songs for many of you, even though most if not all of them are well-known and popular.

Do you have a favorite hymn or worship song that livens and emboldens your spirit? If so, tell us in the comments below!