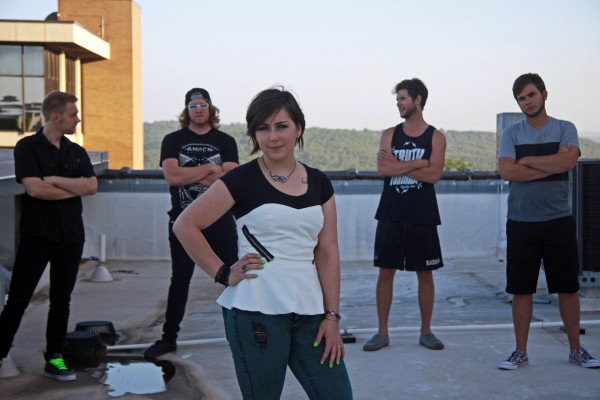 With a sound reminiscent of Fireflight or Flyleaf, Theody features an edgy, catchy sound and lyrics that will stay with you for days. I recently got the privilege of sitting down with the up-and-coming Christian Rock on the eve of their inaugural album’s release. Here’s what they had to say.

GUG: Who is Theody, both individually and the band as a whole?

(Clockwise)
Lauren: Hi, I’m Lauren. I am the singer and songwriter of the group.

Charles: I’m Charles and I play the bass.

Zach: I’m Zach and I play the guitar.

GUG: How did you guys meet up, get to know one another, and become the group you are?

Lauren: Um, about this time last year I was kind of trying to start doing music again and I got accepted to Rock The River, which is a Christian music festival here in Arkansas, and the guy in charge wasn’t sure about having a solo artist. They’re used to doing bands. He accepted me anyway and encouraged me to try to find some people to play with me just to make it sound more full. I asked Adam if he’d play keys with me and Charles and Zach played guitar. Actually, he (Charles) played bass.

Charles: Yeah, I played bass back then.

Lauren: ‘Cause I was going to play the acoustic guitar. Another friend of ours from church, Keegan [sic], played drums. We had a blast, hit it off, and decided to keep doing music. We did a few gigs, Keegan eventually had to leave, but then we got Zane (Zach’s brother) to join the group. Oh yeah, and then Charlie joined in [everyone laughs] taking over Zach’s spot.

Zach: She’s only married to the guy. [everyone chuckles]

Lauren: Then Zach took the guitar, and now I just sing.

Adam: There are a lot of relations in the group right now. [everyone affirms]

Zane: Except me [smiling]

Charles: Well, me and Lauren are married, so that was before the band.

Zach: (about Zane) We became brothers.

Charlies: They became brothers after the band. [everyone laughs] And then Adam’s just hanging out.

Adam: Yep, I’m having a blast. 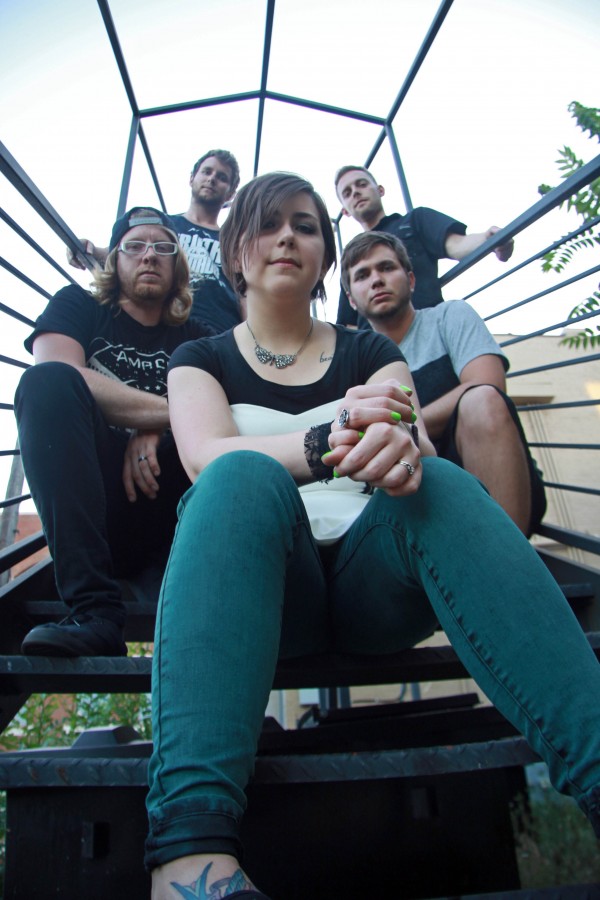 GUG: So, the name, Theody. What does Theody mean? Is that a word you guys made up? What’s the significance of the band name?

Lauren: It is an actual word. We were trying to come up with something unique and meaningful and we came across this word. It means “a hymn praising God.” We thought that was cool. That’s what we want to do – praise God through our music.

GUG: So, you mentioned, Lauren, that you’re a song writer. Are you the sole songwriter, does everyone contribute? How does that work?

Lauren: Adam has started songwriting recently. We’ve done a few songs that are on the album together. I did the majority of them. I’ve been writing songs for years now.

Adam: We all pitched in together as far as adding our own thing

GUG: Where does the inspiration come from for your particular music? If you listen to the lyrics of Kaleidoscope (video above) it sounds like it comes from intimate experience.

Lauren: That song, in particular, Adam had the inspiration for. I don’t know how much of that…

Adam: Sure, yeah. Kaleidoscope – one of the biggest ideas behind it is being broken and crying out for healing. I know that as humans, as people, we are broken. We live in a broken world. The main idea I hope came through in that song is that, despite that we’re broken, God can use that and make something beautiful…and the thing, as far as writing a song like that, as far as drawing on personal experience, I think any song that’s going to resonate will relate to something personal.

GUG: Your sound – to me, you sound a lot like Fireflight or Flyleaf. Where does your style come from? Do you draw that inspiration from someone else or is that all your own?

Lauren: We love Fireflight and Flyleaf. I’ve listened to them for a long time. I think we all have some various musical backgrounds. I don’t know that Zach would say Fireflight or Flyleaf…

Zach: Yeah, I have more of a folk and blues background so I’ve been adapting.

GUG: Do you feel like an online social media presence is important for you as a band and for your fanbase?

Charles: Yeah, I think so. Being in the area we are (Fayetteville, Northwest Arkansas), there isn’t a big Christian Rock music scene around here. Setting up gigs, playing shows, getting our name out there has mainly been through social media. YouTube has been big with our lyric video…so yeah, the majority of our fans are online and on social media just because we’re starting out and it’s easier to get our stuff to them than physically getting out there. 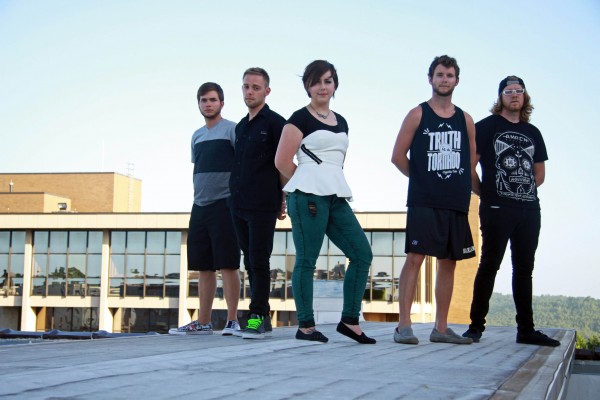 GUG: Getting away from music a bit – you know Geeks Under Grace caters to geeks of all tastes: music, video games, movies, board games, etc. Are there any shamelessly nerdy things you guys enjoy doing?

Zach: Me and Zane are especially nerdy. I’m sure everyone on your website has heard of a game called Dota 2. I also read Shakespeare. That’s nerdy also.

Zane: I write poetry. [everyone laughs]. Well first, aside from being a band nerd, doing marching band through high school, I also play Magic: The Gathering. That’s probably my biggest hobby besides music.

Lauren: Um…I grew up playing Super Nintendo. I really like Zelda and Super Mario Bros, and we actually just got his (Charles) old system from the garage and started playing it. It was awesome.

Charles: I’m probably the least nerdy one of us. I play Super Nintendo and Mario Bros…

Charles: Yeah, I like music. I nerd out on music. I almost stalk any band I like. I don’t know if it’s nerdy or not, but I really enjoy disc golf. It’s kind of an addiction of mine.

GUG: If you had to pick one geeky thing to have the rest of your life, what would it be?

Zane: Gotta bring my spells. Gotta sling spells when I’m on an island.

Charles: One music album I could live with the rest of my life. It’s by The Wedding and it’s called Polarity. It’s kinda old but I could listen to that album over and over again. 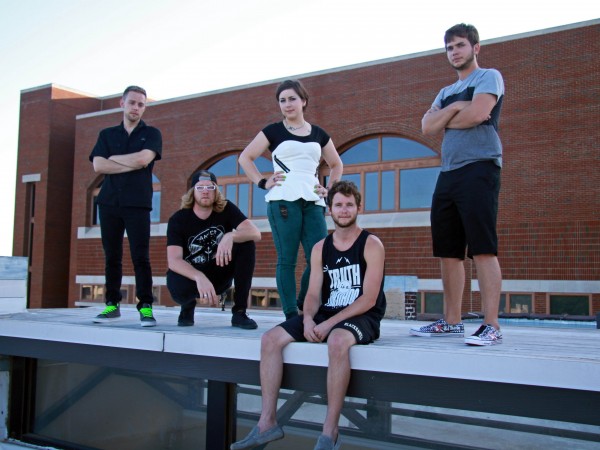 GUG: When you’re not playing music, what are your day jobs?

Zane: I sell shoes at Tradehome Shoes and I teach music and go to college sometimes.

Zach: I’m a graduate student at the University of Arkansas and I’m going to be teaching some classes. I read.

Charles: I do heating and air conditioning. I get to be in hot attics in the summer.

Lauren: I work at Family Christian Stores. I like it there. It’s fun.

Adam: I’m a professional counselor helping kids and their families.

GUG: I know your debut album is releasing soon (July 8). What’s the album called and where can people get it?

Charles: We couldn’t really figure out an album name that fit all the songs that fit the full album so we’re going the self-titled route.

Charles: iTunes, Google, Xbox, Spotify, Amazon, and about 80 others.

Lauren: We’ll be getting physical copies and we’re thinking of doing an online merch store.

Charles: We’ll ship to anyone out of state who wants a physical copy

GUG: Is there anything else you want to share before we wrap up?

Charles: We have a big show in August (23rd). We’ll be playing Rock the River in Fort Smith (Arkansas). We’ll be playing on the same stage as Manic Drive, Building 429, Disciple, Manifest, Satellites and Sirens, Shawn McDonald. It’s a fundraiser for Hannah House, which helps pregnant teens. This is their fundraiser.

They only accepted eight local artists this year. We have to pay for our spot by selling tickets. The more we sell, the closer to the headliners we play. They’re $20 and all the money goes toward Hannah House.

GUG: Thank you so much for your time and blessing me with your presence. Readers, check them out and buy their album!

You can check out Theody at…

** For Rock The River Tickets or to contact Theody directly: theodyband@gmail.com **