The Best Oddball Board Games of 2017

This week, we’re also going to do our Staff Picks for best board games of 2017, and those were not easy decisions to make. While my very top choices were fairly traditional fare, the rest of my list had a common theme: they were oddballs. Whether in gameplay, theme, or origin, they are all games I’m genuinely surprised exist. So let’s take this opportunity to check them out! Just click the title of each game to see our corresponding reviews. 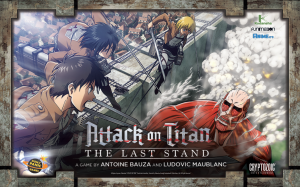 Attack on Titan: The Last Stand

What happens when an American publisher enlists two French designers to build a board game around a Japanese anime/manga? Magic. I’ve followed the designs of Antoine Bauza since 7 Wonders, and the mere news that this was coming, along with the Attack on Titan: Deck-Building Game, got me to watch the amazing series. And The Last Stand is the definitive Attack on Titan board game.

Here, one player takes the role of a Titan, while 1-4 players play the heroes cooperating to defeat it. The sides are asymmetrical, but with deeply intertwined mechanisms, making it feel like everyone is playing the same game, instead of two disparate sides. It’s fast and furious, usually only lasting about 30 minutes, but one you’ll want to play several times in a row, with different characters or taking opposite sides. However, friends who aren’t fans might question the naked Titan standee… 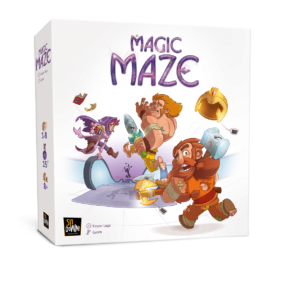 Originally, cooperative board games were algorithm group puzzles, originated in games like Lord of the Rings and popularized by games like Pandemic. Since then, games like Space Alert and Escape: The Curse of the Temple have created zany, fast-paced, real-time experiences that play almost more like a video game than a board game. I’ve really enjoyed titles like this, but many of my friends do not like the pressure and loudness. Enter Magic Maze.

Magic Maze takes one simple change to flip the formula on its head: players cannot talk for most of the game. They can shake a pawn at each other to “do something!”, but otherwise, they can only talk when they flip the sand timer, an important resource management part of the game. There are many other innovations, such as 8 players simultaneously controlling only part of what the four pawns can do. Additionally, the theme is fun and inventive: you are medieval adventurers who just lost all your equipment on a failed mission. So what do you do? Rob a shopping mall, of course. 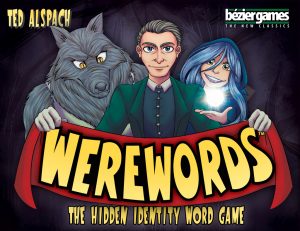 Have you ever played Mafia / Werewolf with a youth group or a big party? Have you ever killed time in a car trip by playing 20 Questions? Sure, but… have you ever thought of combining the two? I certainly never had, until I played Insider, an almost good game by Oink Games. Werewords takes that idea and greatly cleans it up and expands it, and adds great app functionality. This is easily my most played game of 2017, and a game that even my social-deduction-hating friends found themselves seriously enjoying. It’s a one of the most universal party games out there, and the best party game of 2017. 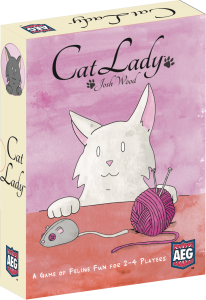 Have you ever wanted to be the best cat lady in town? Probably not, but it turns out to be a great theme for a card game. The goals are all on-theme: have the most cats, feed said cats, get a bunch of different toys for them, some catnip, and so on. It’s a simple set-collection game in the vein of Sushi Go!, but its clever take on card drafting and whimsical theme have made it a huge hit for me and my friends (especially the cat ladies). I was given a review copy of this out of the blue and had low expectations—I’m happy to say that I was quite wrong. The mechanisms are smooth and fun. It’s simple, quick, interesting, and fun.

What were the best strange games you played in 2017? Let us know in the comments!