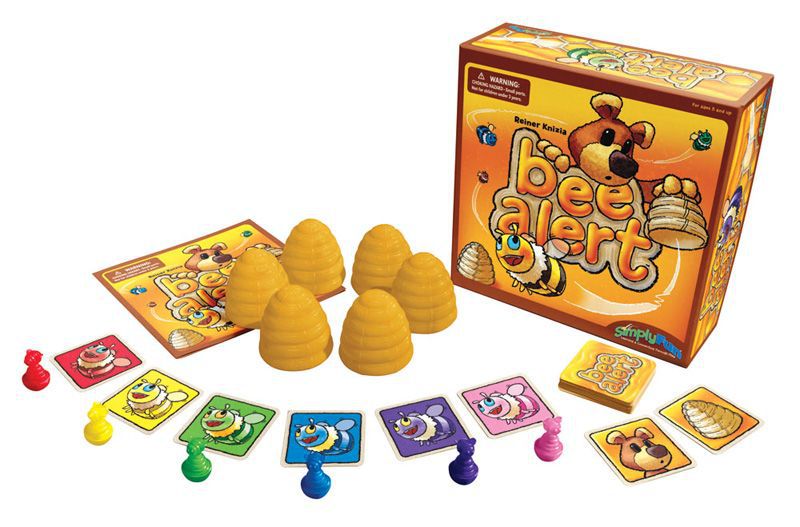 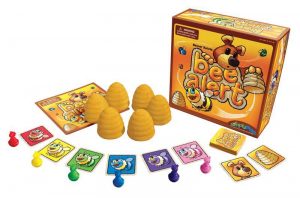 Bee Alert is a variation on the classic shell game. In this memory exercise, players must keep track of 6 colored bees hidden under opaque hives. Throughout the game, the hives move around the table, and players take turns drawing cards and attempting to guess where specific bees are.

It seems like memory games are way underrepresented in gaming circles. To be honest, I can only think of a few hobby games that use memory as a core mechanism. Bee Alert is one such game, and it comes from the mind of Reiner Knizia, one of the greatest game designers of all time.

Bee Alert contains a deck of 36 cards, 6 plastic bee figures, and 6 plastic beehives. The object of the game is to collect 4 of these hives.

To begin, the 6 bee figures are placed in a circle in the play area. 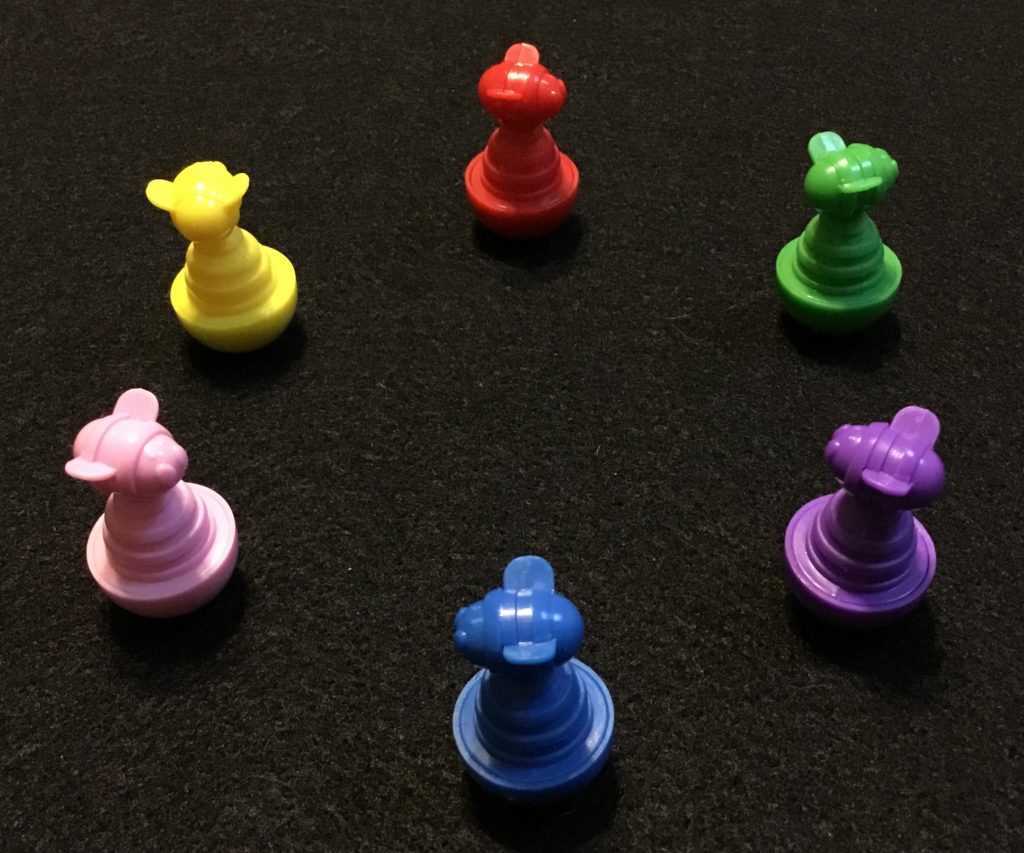 Players take a moment to look at and memorize where each bee is located. Once everyone has done so, a hive is placed over each bee to conceal it. 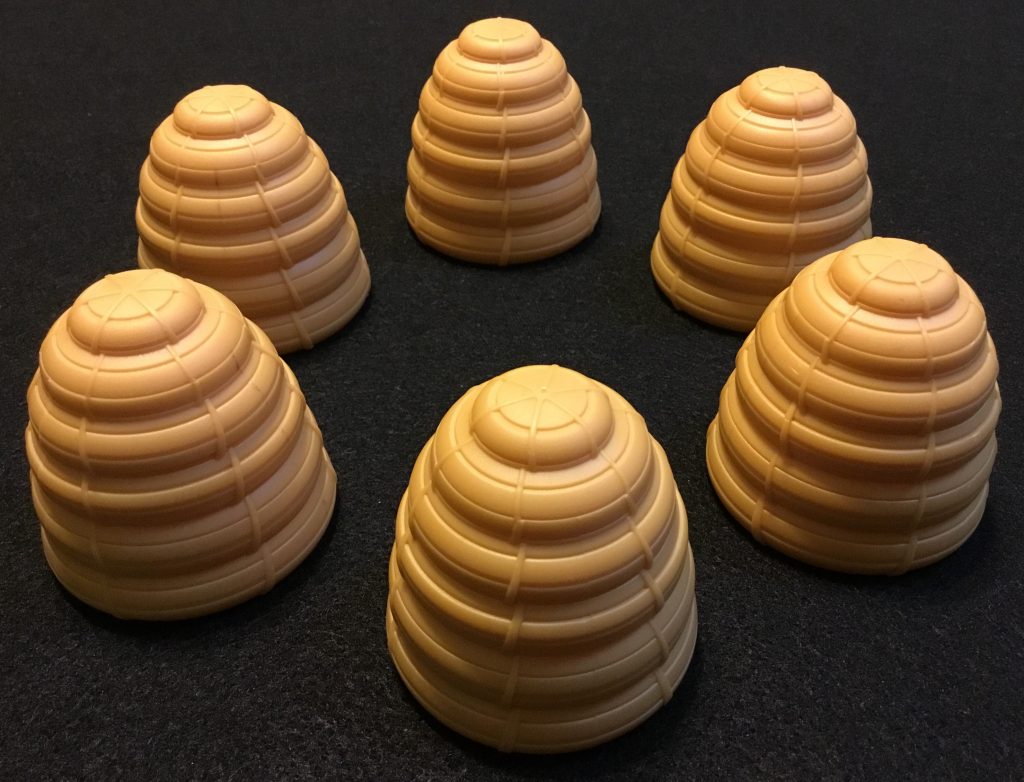 Players then take turns drawing and resolving cards. The 3 types of cards are: 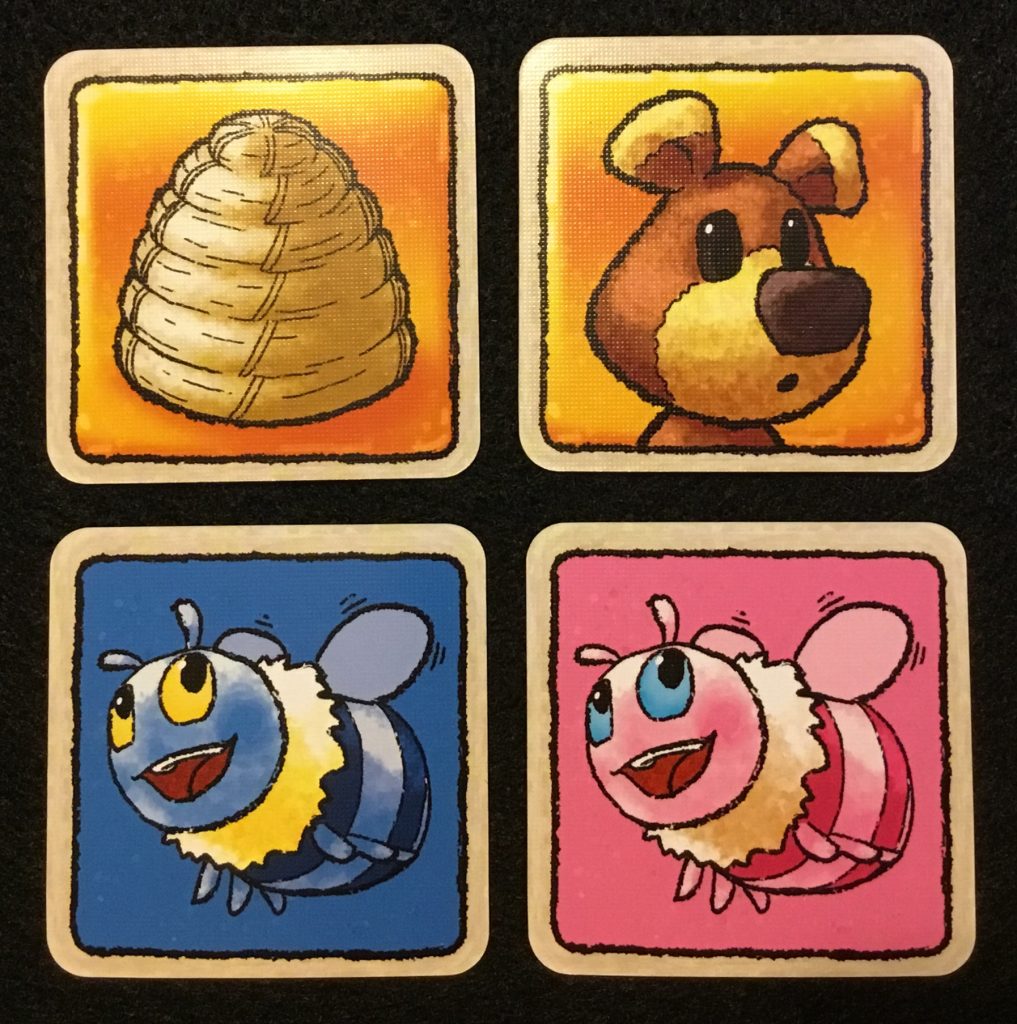 When guessing, if a player believes she already possesses the correct hive (e.g. if she has the hive with the red bee and draws a red bee card), she may guess her own—if correct, she can immediately take another turn.

As the hives move around the table, players will have to keep track of which ones are which, much like the classic shell game. If a player ever possesses 4 beehives, she wins. Otherwise, if the deck runs out, the player who has the most beehives wins.

Bee Alert is a very entertaining family game, the kind that can be explained in 15 seconds and played in 15 minutes. Like many SimplyFun titles, this game does a good job teaching fundamental logic concepts to younger players, in this case color-matching, memory, and focus. Despite its cutesy look, however, it is actually an enjoyable game for adults, as well. 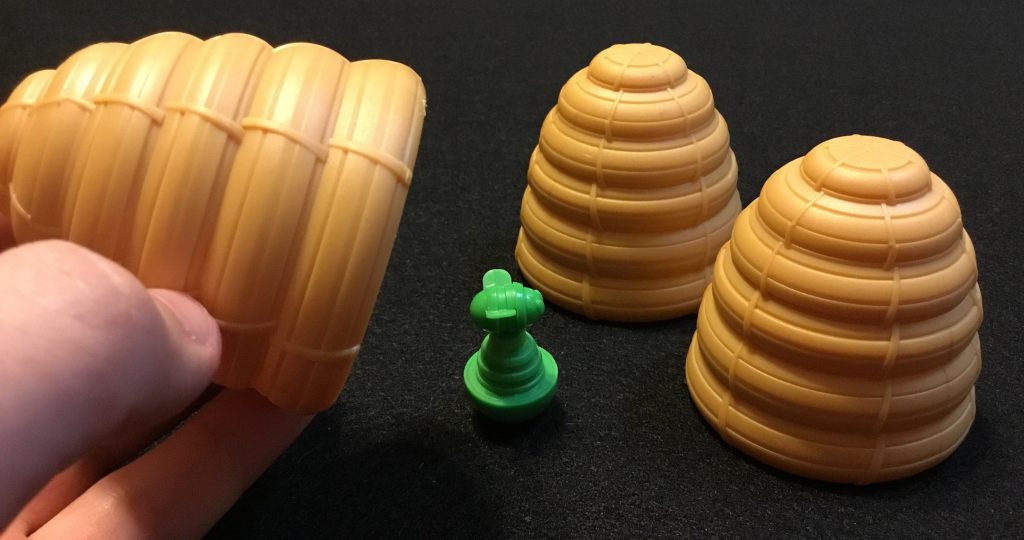 The game’s production is excellent, with durable plastic components made to withstand repeated plays. The bee pieces are bottom-weighted, much like the penguins from IceCool, so they move and slide easily; honestly, they are neat toys in and of themselves. The card illustrations are charming and all colors are easily distinguishable. Everything in the box looks and feels high-quality.

Bee Alert succeeds as a mental exercise for all ages. It is a fun concentration activity that is perfect for family or classroom settings. Players who have extremely good memories may feel it is too simple, but they can modulate the difficulty with house-rule variants. For example, if kids and adults are playing together, the adults can leave the room while the kids set up the bees and cover half of them. That way, the younger players know the locations of all bees, but the adults only know some. Another possibility is that players can mix a couple of the hives around at the beginning to make the game a bit trickier. (Personally, I think the difficulty is perfect as it is, but that may just be because I’m bad at it…) 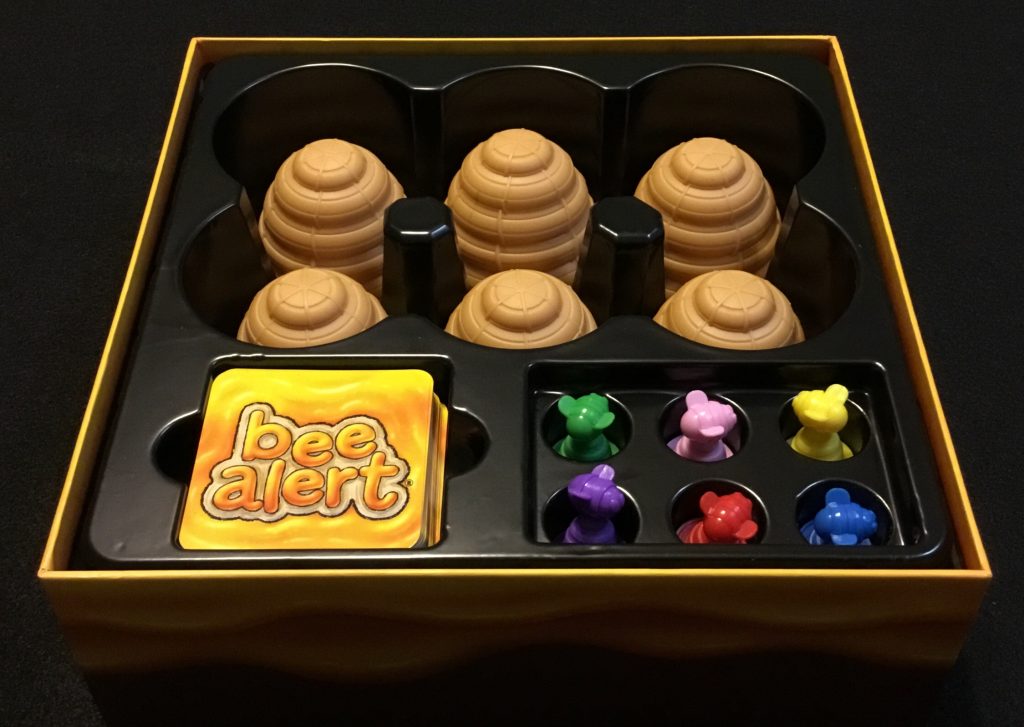 I’m kind of surprised that this shell game idea hasn’t been used more widely. As a game design hobbyist myself, Bee Alert has inspired me to further explore it in my own designs. I greatly enjoy the challenge of tracking the bees as they move and change hands; it is much tougher than you might suspect. If you are looking for a family-friendly memory game, I highly recommend giving Bee Alert a try. It’s totally a hidden gem!

A review copy was provided by SimplyFun.

Bee Alert is a fun memory challenge for kids and families.